The Undeniable Influence of John Carpenter

Whether it’s creating killer cars or taking on the Prince of Darkness, horror master John Carpenter has had an inarguable influence on the horror genre. But his art has resonated into modern popular culture in more ways than one.

In honor of the director’s birthday on January 16, we’ve broken down a few key places where his influence has changed the course of pop culture history. 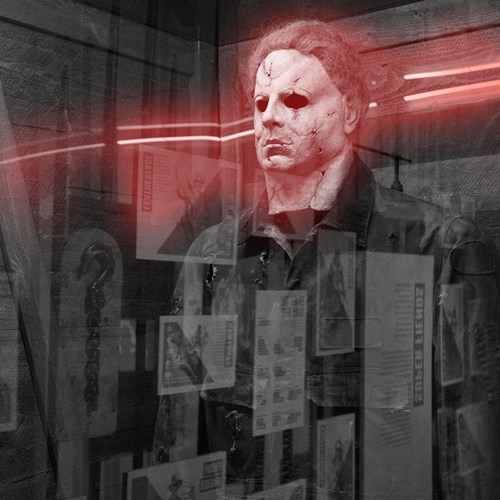 Michael Myers, watching over Scared to Death at MoPOP | Photo by Jim Bennet

There may have been terrifying, unknowable monsters before Michael Myers, but they pale in comparison to Carpenter’s iconic creature, who was originally credited only as “the Shape” in the 1978 classic Halloween.

What Carpenter understood was that monsters become more effective when the audience has less information about them. “He had no character. He was blank,” Carpenter told CBS in a 2017 interview. “He was simply evil.”

Carpenter paired this idea with a costume design that removed as much characterization as possible: a simple set of coveralls and a colorless mask and dark eyes. With every piece of Michael hidden behind his costume, the only way to know him was to watch his actions, which are seemingly motiveless.

That is one creepy billboard

A lot of artists weave social and political commentary into their films, but few of them knock it out of the park the way Carpenter did with They Live (1988). In fact, it’s so iconic, you can see it’s influence in modern film, politics, and even street art.

It’s a simple plot really, a working-class man finds a pair of sunglasses that reveal secret consumerist messages woven into everyday items. Oh, and there are aliens living among us getting rich by using these messages to control us.

A reaction to what Carpenter called, “unrestrained capitalism,” They Live balances being the common man’s action film and high art. Sure, there may be a six-minute fight scene that feels its length, but there are also gorgeous sequences of near silent storytelling that highlight Carpenter’s mastery behind the lens.

I love every single track, and you will too

From his very first movie, Dark Star, Carpenter has been making his own synth-heavy scores since the 70s. That would be impressive enough, but factor in that these scores are also some of the most iconic in film history, and you begin to see just how far reaching Carpenter’s influence is.

Whether it’s the haunting riff from The Fog, the methodic theme from Assault on Precinct 13, or the instantly recognizable motif from Halloween, Carpenter’s scores have inspired composers of every genre. Most recently the Carpenter style can be heard in tunes like the Stranger Things theme song and the score for the brilliant indie film Turbo Kid. 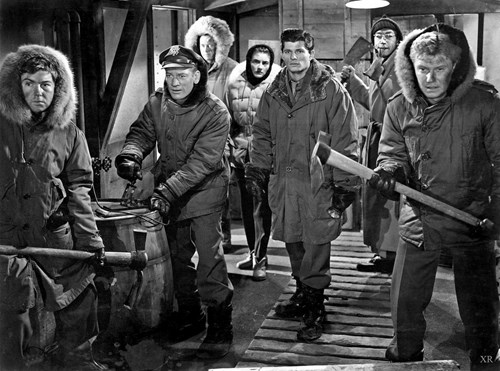 The 80s version has just as many grim faces, just not in black and white

Leave it to Carpenter to create a remake more memorable than the original.

Inspired by 1951’s The Thing from Another World, Carpenter’s The Thing (1982) is a tight, terrifying, and surprisingly gory film about a group of Antarctic researchers who are terrorized by a shapeshifting alien.

What sets Carpenter’s remake apart is its complete commitment to living in its current time. So many modern remakes bank on what I like to call “decade nostalgia” (patent pending) to sell their story.

Currently, 80s throwbacks are all the rage. The thinking seems to be if you can tap into the the feelings people had during a certain time period, then the emotional connection to the material will be established. Carpenter doesn’t allow himself that luxury. Instead he leans into the technology, tropes, and fears of that time to make a movie that was grounded in the world of ‘82.

From now on, I declare this the "John Carpenter" font

You may not have noticed, but the John Carpenter aesthetic is around us every day.

Whether it’s a clear influence on synth-based scores or a subtler approach to shot composition and long establishing takes, like in the indie horror hit It Follows (2014), Carpenter’s influence on the genre is all encompassing.

My favorite little aesthetic pieces come in the shape of fonts and title cards. Although the title screens often change depending on the needs of the film, Albertus will forever and always be the “John Carpenter” font. 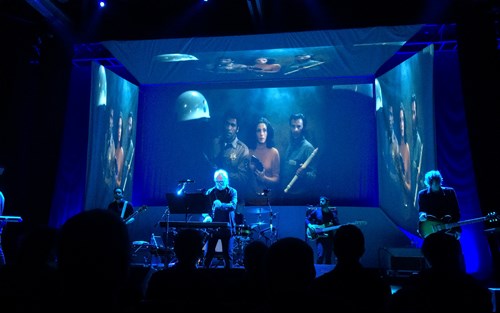 Go ahead, name someone as cool as this rn

I’ve mentioned the scores, but there are also the albums. In 2014, Carpenter released “Vortex,” the first single from his upcoming album Lost Themes. This album was his first foray into releasing music that was not intended for a soundtrack, and it’s great. Carpenter followed the release with a tour that sold out in many places across the US and Europe.

If I were him, I think I would have sat back at this moment and rested on my laurels, but not Carpenter. He released another album, Lost Themes II, in 2015, and the aptly named Anthology of some of his most beloved film themes in 2017.

The music is everything a fan has come to love about Carpenter’s work, it’s heavy synth wrapped in unusual time signatures, mysterious motifs, and plain old musical genius. It’s inspired a whole slew of remixes that are worth checking out, and is sure to inspire many more in the days to come.

Happy birthday, John. You’ve shared your creativity with us in so many ways, and we’re forever grateful. We can’t wait to see what you do next.

Need more John Carpenter in your life? See some of horror's most iconic props and costumes, including Michael Myers' mask, in Scared to Death: The Thrill of Horror Film. If you're looking for a good spooky film, check out our list of 100 Horror Films to See Before You Die.