Ten years ago, I went to the theater on a Saturday night to see a Marvel film about a character I didn’t know too well.

I’ve been a comic book fan since I was eight years old, so as I went into the theater I felt versed in the art of the comic book film as it stood. But no previous comic book film could prepare me for John Favreau’s inaugural Marvel offering.

Iron Man follows weapons manufacturer Tony Stark from billionaire playboy to altruistic Super Hero. After being held captive by Afghan insurgents, Tony escapes and builds a near-indestructible, weaponized suit to take down bad guys the world over. But when his biggest enemy turns out to be in his own back yard, Tony must work to protect his friends, his company, and his country from a more insidious threat. 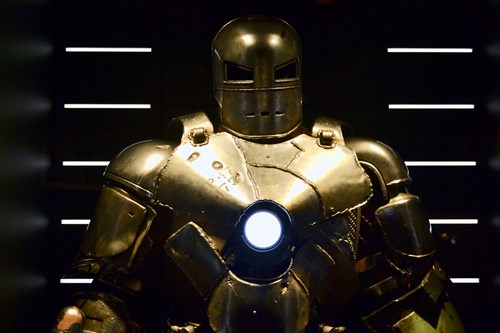 The Mark 1 in MARVEL: Universe of Super Heroes

In rewatching the film for the first time in years, I was struck by how perfectly timed it seemed to be to the year in came out. Our country’s military fears, the growing awareness of corporate greed, it was all there, woven together into one exceptionally tight plot.

Surely, I thought, they must have done a lot of updating to make Iron Man fit into the new millennium? To the ye olde comics history books I went, and what I found was surprising.

When living legend and comics creator Stan Lee thought up Iron Man, he was intentionally looking to create an unlikable character. “It was the spring of 1963 and teenagers were into civil rights and peace,” Lee wrote in his 2002 autobiography Excelsior! The Amazing Life of Stan Lee. “They despised what they called the military/industrial complex and, with the Korean War behind us, most kids had no use for industrialists or those who made huge profits selling arms and armaments.” 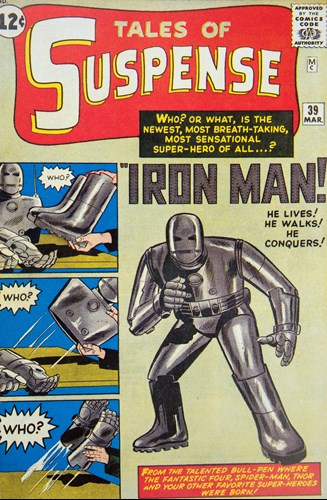 So maybe the early ‘60s and the turn of the century had more in common than I first expected.

Armed with that inspiration, what did good ‘ol Stan “The Man” Lee do? He ran right to his boss, Martin Goodman, and said “You know what would be fun? Let’s create a hero who wouldn’t have a chance to be a success right now and let’s find a way to make him popular. . . He’ll be a billionaire industrialist, the quintessential capitalist, and I’ll try to find a way to make our readers like him.”

Lee made the character likable through a dramatic and empathetic backstory that stays largely similar in the film. After being captured by bad guys who use his very weapons to create fear and chaos, Stark decides to destroy the empire he’s created and work to make the world a safer place. 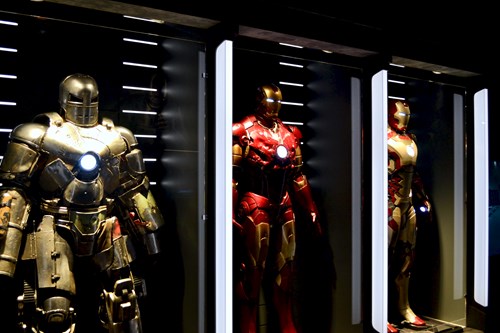 Part of the Iron Man section in MARVEL: Universe of Super Heroes

As exotic as the character’s background may be, it’s amazing how natural and believable Stark’s motivations are. Tony is an imperfect person formed from the circumstances he was born into—something we can all relate to. It’s not until he lives through a traumatic experience that he’s forced to look at his own behaviors through a new lens.

“Don’t waste it. Don’t waste your life, Stark,” Tony’s friend and fellow captive, Yinsen, implores as he dies. And, in a way, I think this line could be the theme of the film, if not the theme of the Marvel Universe. It’s a theme that works, largely, because the characters inside this world are so darn relatable.

In the film, this relatability and likeability rests on the very capable shoulders of Robert Downey Jr., whose charisma and wit are a huge boon to the film.

Downey is firing on all cylinders in this film, and it’s infectious not only for the audience but for the cast as well. Every scene crackles with electricity as characters battle wits and wills in a way that balances levity and gravity like I’d never seen in a comic book film previously. My favorite moment that illustrates this idea comes when Obadiah Stane tries to get Tony to share the arc reactor technology. 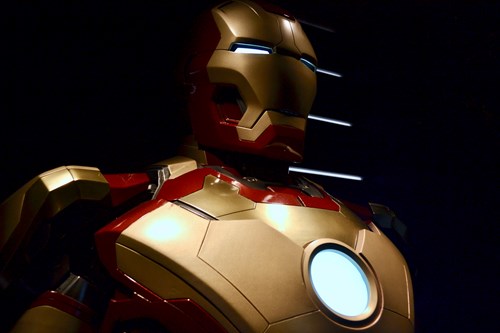 Up close and personal with Iron Man

The scene opens with pizza that Stane has brought back from New York—a sure sign the board meeting didn’t go well. The board of Stark Enterprises is threatening to lock Tony out of the company. All Stane needs is something like the arc reactor to show the board Tony is working on new tech, but Tony won’t give it up. “This one stays with me,” he says.

It’s a tense moment with high stakes. As Tony walks away, Stane grabs the pizza box out of Tony’s hands. “Well this stays with me then.” He opens the box. “Go on, here, you can have a piece.” It’s a complete reversal of the emotional stakes to a fully comedic moment, and it balances the scene perfectly. In fact, this rhythm of point and counter-point between tension and comedy has become a signature of the Marvel Cinematic Universe.

But arguably the most important part of this film happens after the credits have rolled. The epic “I Am Iron Man” by Black Sabbath has played. The audience is still reeling from the climactic ending. Then a new scene begins. While facing out over the ocean, Nick Fury of S. H. I. E. L. D. tells Tony that Iron Man’s not the only super hero out there. Tony is part of a new world much larger than he knows. That’s why Fury is here to talk to him about the Avengers Initiative. 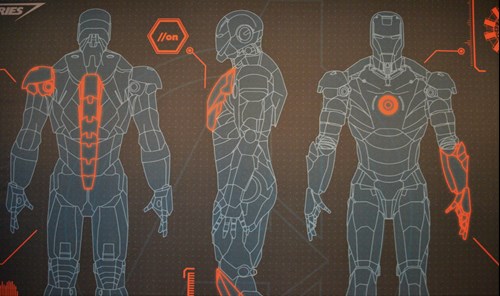 What’s so brilliant about this after-credits scene is how completely it laid down the gauntlet for the MCU. This wasn’t some dinky dialogue between forgettable throwaway characters; this was a scene between Iron Man and Nick Fury played by Samuel L. Jackson. You don’t put a big movie star like that in an after-credits scene unless you intent to put him in a pre-credits scene—also called a movie.

If it hadn’t been clear before, that scene sealed the deal. Marvel had a plan: they were creating a cinematic universe. So strap in, it’s gonna be a heck of a ride.

Next up, we’re going mean and green. It’s time for The Incredible Hulk.

See original art, props, and costumes from Marvel's comics and films in MARVEL: Universe of Super Heroes at MoPOP through the end of 2018.