When you think about the biggest horror villains around, the dream-haunting Freddy Krueger would likely be high on the list.

This quick-witted killer became a hit after his first appearance in Wes Craven’s A Nightmare on Elm Street. But it’s not just Freddy’s penchant for puns that made him famous; his iconic look helped him stand out from the slasher crowd. 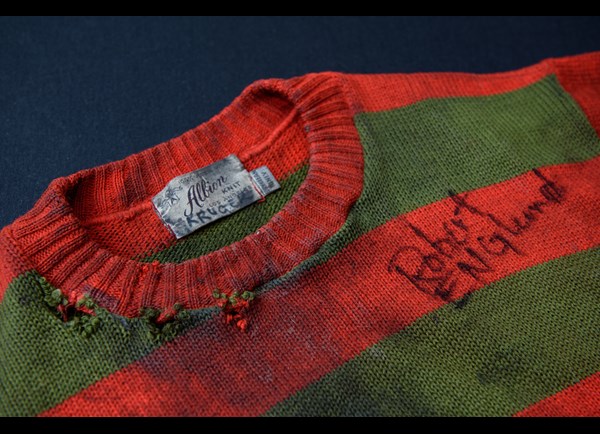 Why it’s scary: Director Wes Craven read in Scientific American that the two colors—bright red and dingy green—were the most difficult for the human eye to view side-by-side. 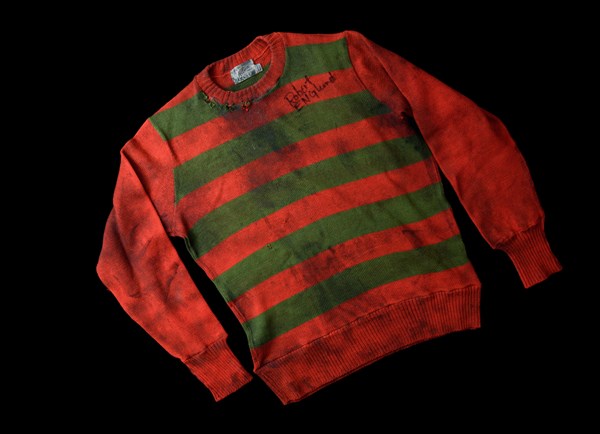 You can check out Freddy’s sweater, as well as his hat and notorious glove, in Scared to Death: The Thrill of Horror Film. 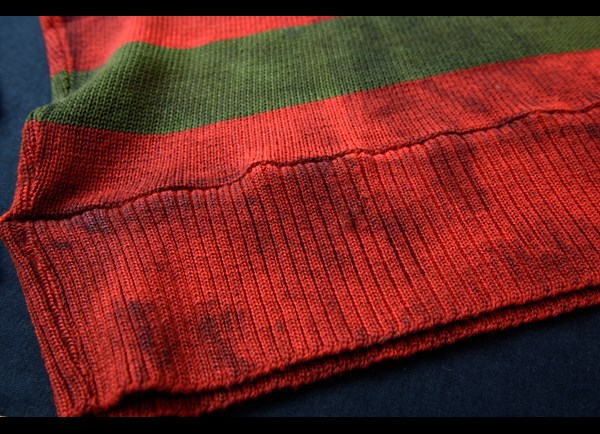 Like what you see? Get more 31 Days of horror goodness right here.

On Loan from the Collection of Jeff Nuzzo