Creating "She is FIERCE" with Artistic Director Francesca Betancourt

Seattle is a city full of stories, but not all stories get the same opportunities to be told.

Francesca (Cessa) Betancourt is helping to amplify Seattle’s female and genderqueer stories through the recurring storytelling event She is FIERCE. Constructed around a theme chosen in advance, these semi-annual events act as a platform for a diverse group of storytellers to share stories that matter to them.

At the opening party for A Queen Within: Adorned Archetypes, six She is FIERCE performers will share the stories that live in their clothes.

Learn more about She is FIERCE Artistic Director Cessa below and join us at the exhibition opening party May 10.

What attracts you to storytelling as a medium?

There is something undeniably affecting and inspiring about watching someone share a piece of their life in a public space. It’s accessible to anyone; you don’t have to love or be involved with the performing arts to “get” storytelling. It runs in everybody’s blood to tell and listen to stories and to then use those stories to reflect on ourselves. I feel like I’m always reconnected to what it is to be a human when I watch someone tell a true story onstage. 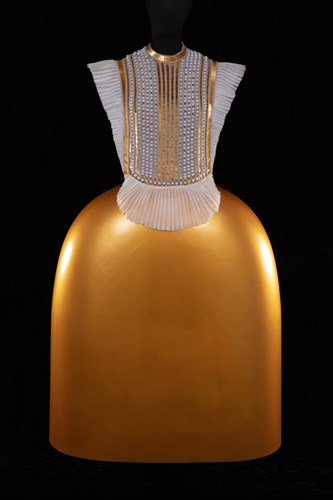 What inspired you to create she is FIERCE?

A few years ago, my co-producer (then just my best friend and roommate) and I were listening to a podcast where a bunch of women were being interviewed on different themes, and I realized how seldom I actually got to hear from other women, honest and uncensored. And how, in fact, most of the things I consumed were either from the perspective of or curated by men.

The idea for the show came from me simply craving to hear more perspectives from people that weren’t cis men. I wanted to hear what those people thought of every social issue, what made them laugh, what they’d struggled through; what made them mad, what made them feel good. Upon realizing there wasn’t really any space in our community to go witness stories like that, we made one. 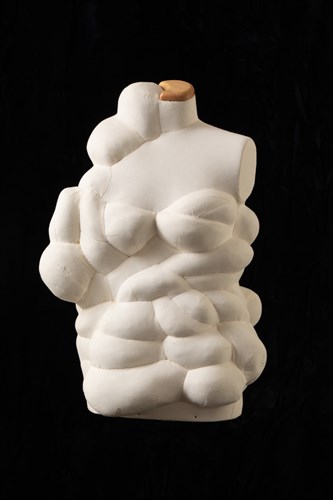 A Queen Within: Adorned Archetypes is themed around six archetypes: Thespian, Mother Earth, Explorer, Enchantress, Sage, and Heroine. Which archetype do you most identify with and why?

To be honest, I think I am (like maybe most people) a combination of all those things. I’m a thespian by trade who’s outdoors — and probably barefoot — constantly, who loves new places, who believes in magic, who can be wise and brave when I need to be.

I think partially that might be why these are the archetypes focused on in the exhibition, there is some version of all six of them inside every womxn. 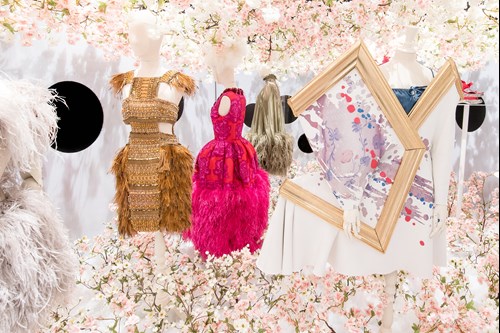 The Enchantress section of A Queen Within: Adorned Archetypes

The exhibition tells the story of these archetypes through fashion. What’s one thing you feel fashion does well? How would you like to see fashion evolve in the future?

I think fashion is one of the ways we control how we move through the world and how we are perceived. In a lot of ways, it’s our first line of defense or offense in every interaction.

And it’s creative, everyone is an artist creating something new when they get dressed in the morning. I would love to see fashion become more inclusive of all bodies and gender identities, as well as support and celebrate (rather than oppress or ignore) people’s individuality. 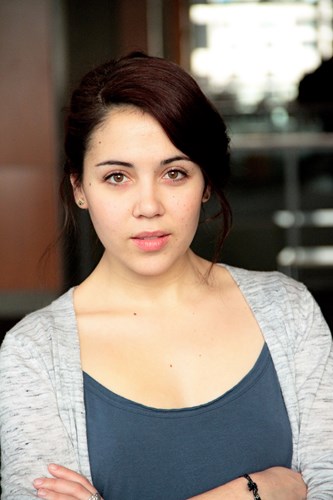 Thanks to Cessa for speaking with us. Check out She is FIERCE at the opening party for A Queen Within: Adorned Archetypes May 10.