Of the Museum of Pop Culture’s (MoPOP) 13 all-time Founders Award recipients — which has recently included names like John Fogerty, The Doors, and Jimmy Page — award-winning singer-songwriter Brandi Carlile, 2019’s honoree, believes she may be the only one who, once upon a time, performed music for donations on Seattle’s streets.

“Just to bring this whole thing back to reality, I might be the only recipient of this award to have busked and asked for money outside the building,” Carlile admitted to a sold-out Founders Award crowd Tuesday evening from the museum’s Sky Church stage.

“Brandi Carlile uses her voice and her creativity to change lives – something we value deeply at MoPOP,” said MoPOP Executive Director Alexis Lee. “Honoring her while we raised critical funds to advance our mission made for a truly memorable evening.” 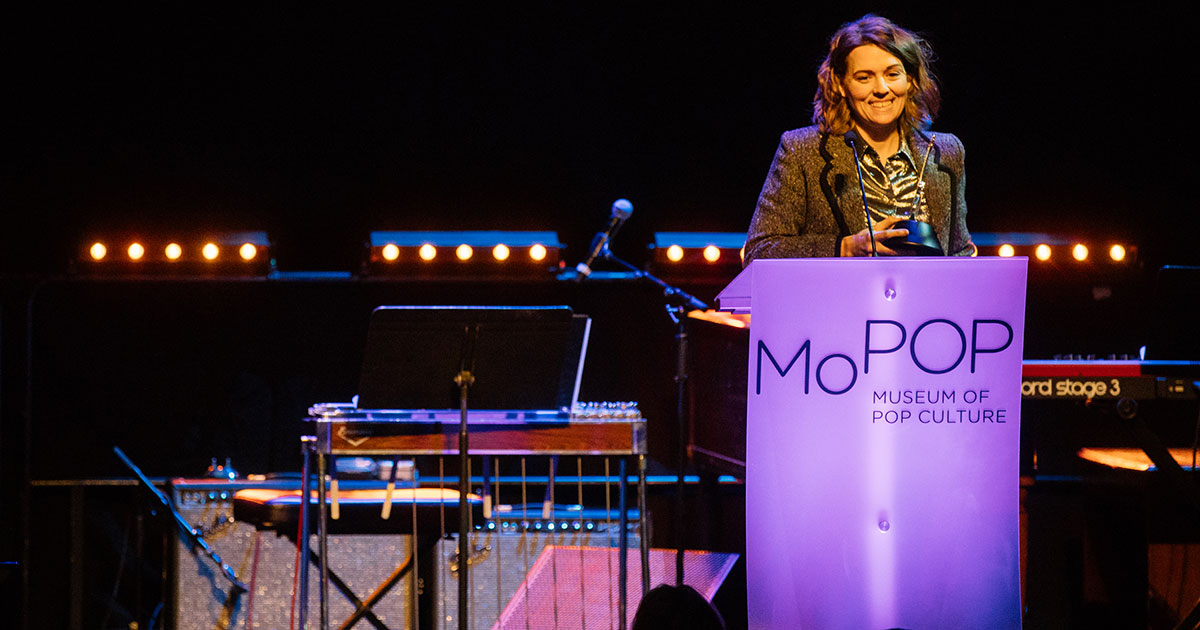 For Carlile, a three-time GRAMMY award-winner who cut her musical teeth playing local gigs around Washington, the award held special meaning given her Pacific Northwest roots.

“I’m a Seattle girl through and through,” she said. “I learned everything I ever needed to know about life and music in this city and this means everything to me. I absolutely mean that from the bottom of my heart.”

“She knows exactly what she needs to do and wants to do and then executes it in a way that is so full of love and passion and integrity, and I look up to you for that,” said McCready. “There’s no other artist that makes me cry continually, and it’s you, in the best of ways. I love you and thank you.”

Offered Matthews: “You have not ceased to amaze me. I say that from a place of I just look up to you so much as a songwriter. You are just mind-boggling.”

Said Ditto: “It’s a hard time and I think a lot of us find ourselves not knowing what to do, where to go, and I know I shut down, get quiet. But you didn’t get quiet, and it means so much to me, so thank you so much. Everybody, this is what pop stars need to be doing.” 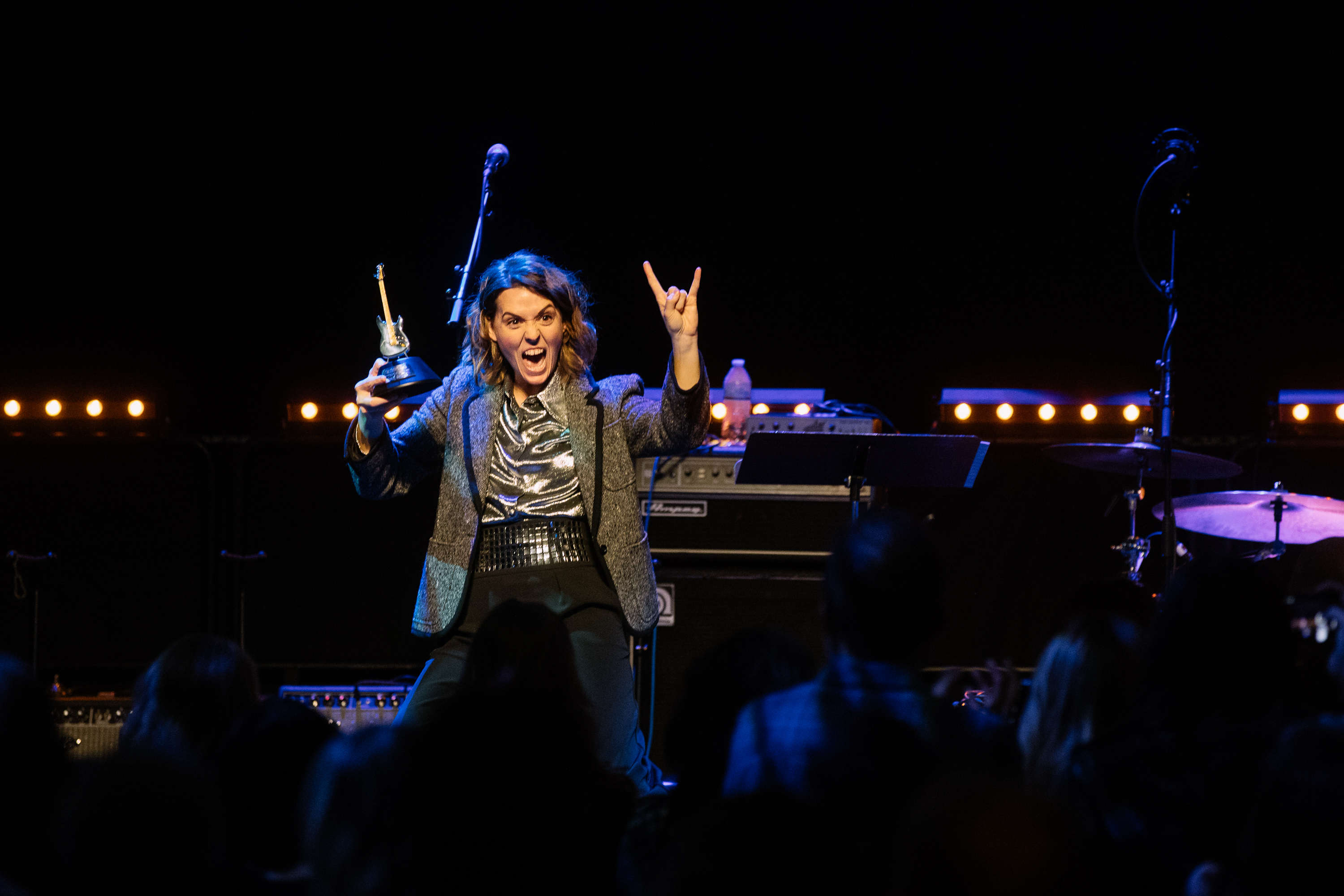 Ditto’s comment alluded to Carlile’s influence beyond the stage, as Carlile’s music has tackled issues like mental illness, addiction, and gun violence. She founded The Looking Out Foundation in 2008 with her bandmates the Hanseroths to empower those without a voice, working together with fans, nonprofits, and corporations to transform voices of song into voices of action.

“Brandi’s artistry has made it possible for her to give back and that’s the same experience that we want to spark in our visitors,” said MoPOP Director of Curatorial, Collections and Exhibitions Jacob McMurray. “That people will harness their passion and creativity to make a difference, and I don’t think anybody does that quite as well as Brandi Carlile.”

With Founders Award serving as the museum’s principal fundraiser for youth development programs, community engagement, and world-class exhibitions, many of those difference-making projects McMurray referenced were also on display. Youth talent from MoPOP’s Sound Off! and The Residency programs helped kick off the event, with performances from Celeste Felsheim, Talaya., Katyrose of i///u, Dreadlight, and Maiah Wynne as guests enjoyed programming on the Sky Church screen or toured museum exhibitions, including a look at Carlile’s featured guitar in MoPOP’s Guitar Gallery.

Yet for all Carlile has accomplished and for all the praise she has received, she found MoPOP’s Founders Award to be particularly humbling.

“The other thing that I should acknowledge is that I’m a pretty young person to be honored and I feel a little unworthy of it tonight, I just want to be honest with you about that,” Carlile said. “A lot of the people who are singing tonight are people whose tour buses I waited outside of like a creep. These people are my heroes and they’ve given me a leg up over and over and over again in the arts and in this business. Now I owe you all just one more favor, of many.

“But I want to thank MoPOP, I want to thank everyone involved in this. You don’t know what you’ve done for me as a person who busked outside these doors and who’s standing here receiving this award tonight. From the bottom of my heart and on behalf of Tim and Phil Hanseroth, my brothers and comrades without whom I wouldn’t have a single song, thank you.” 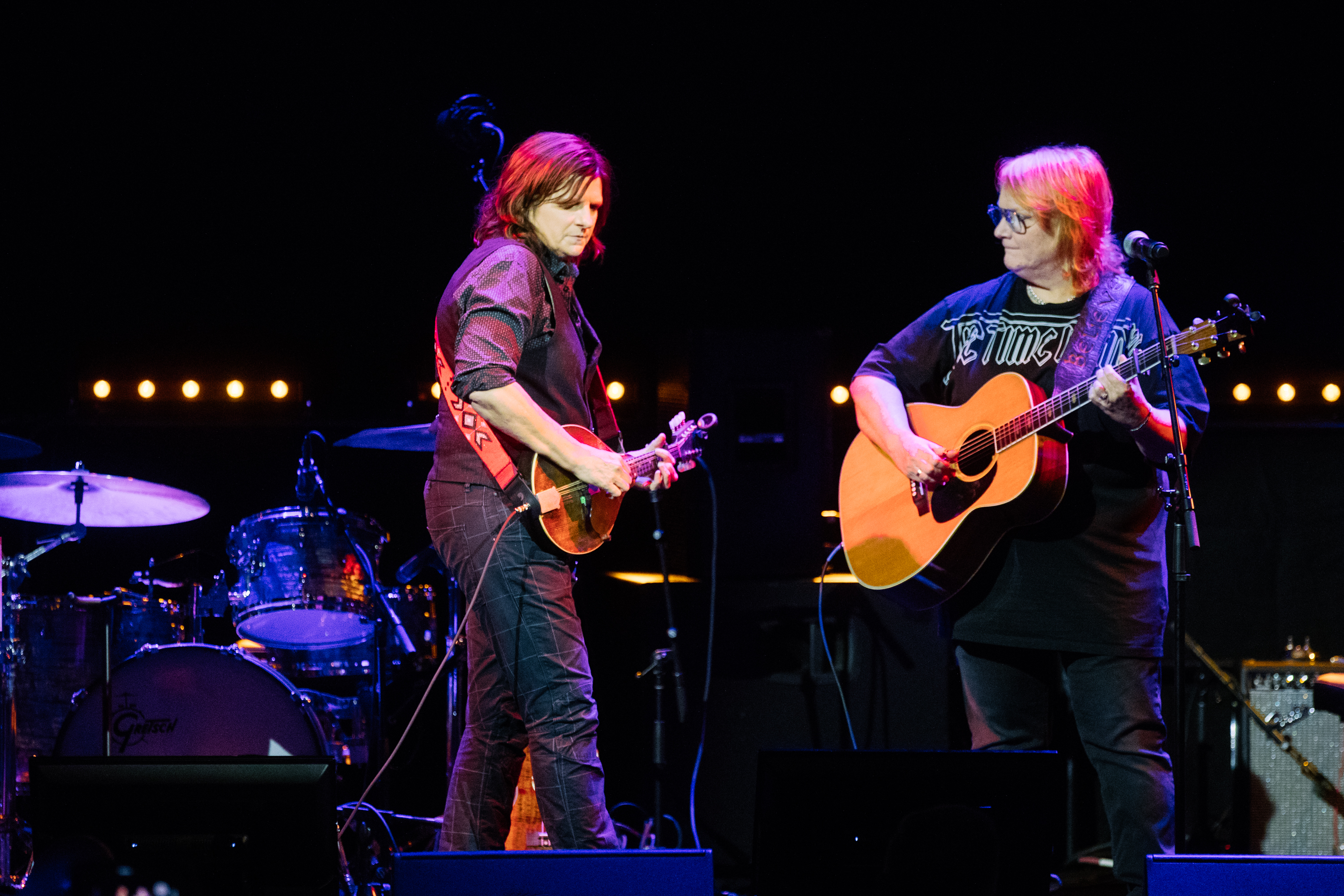 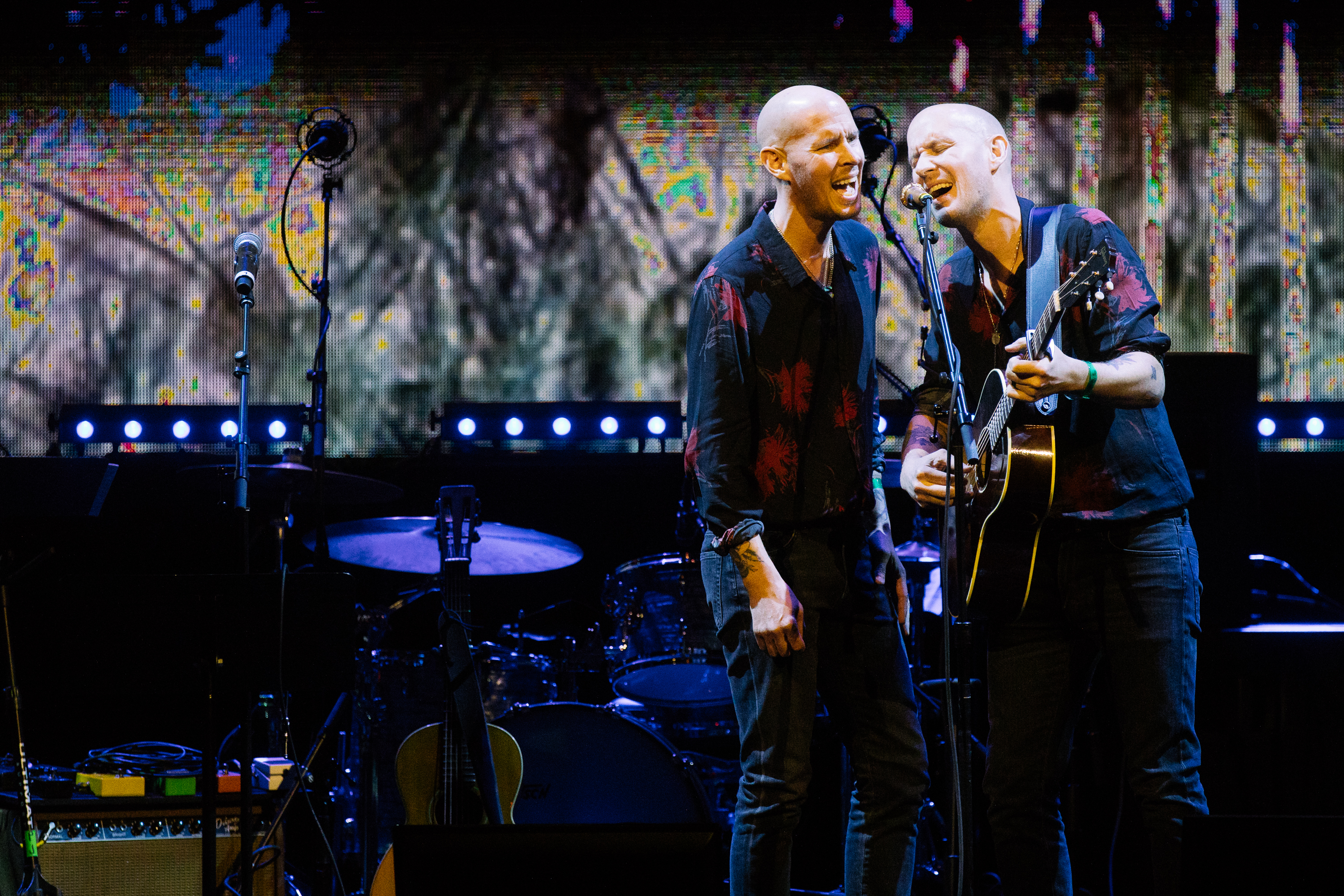 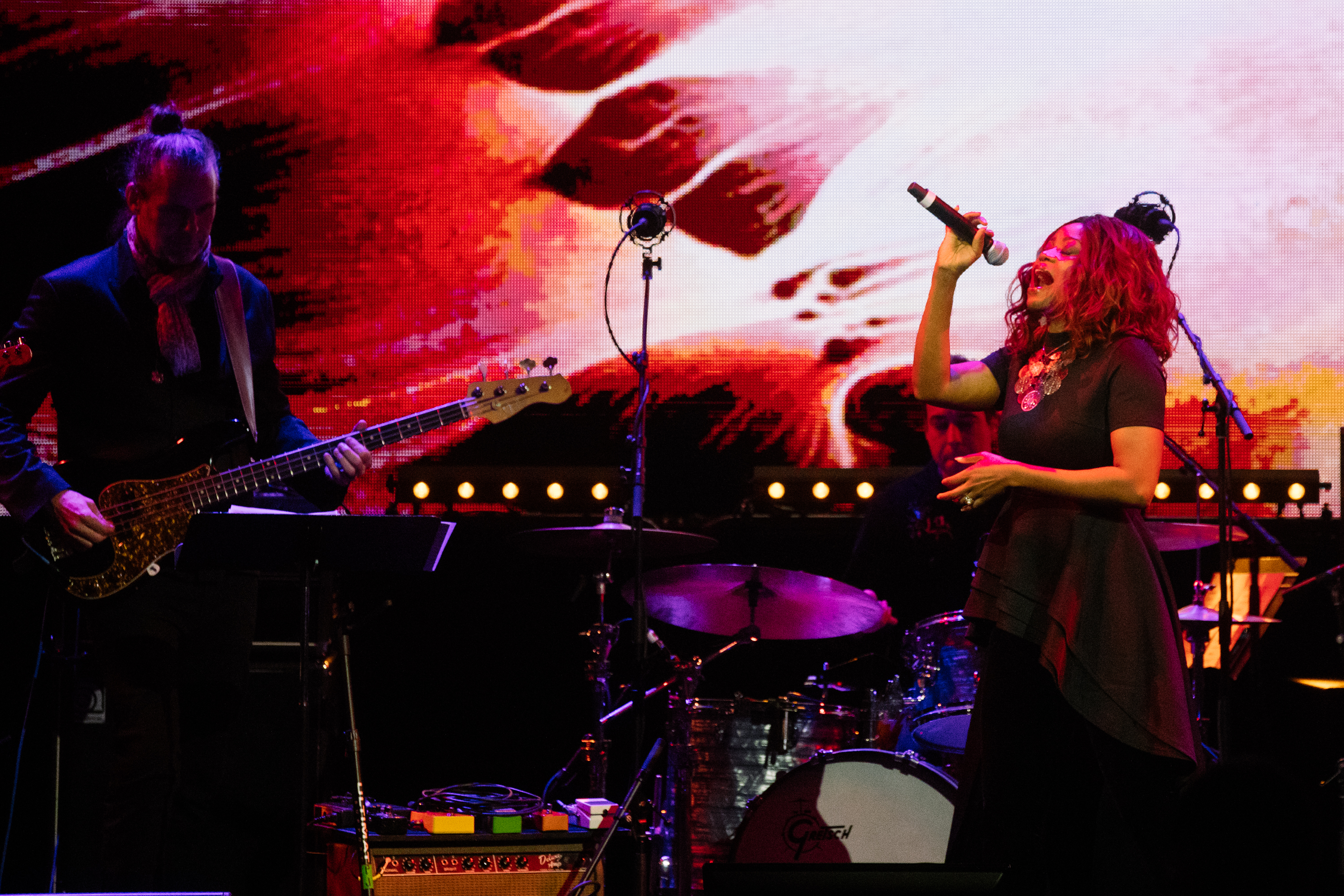 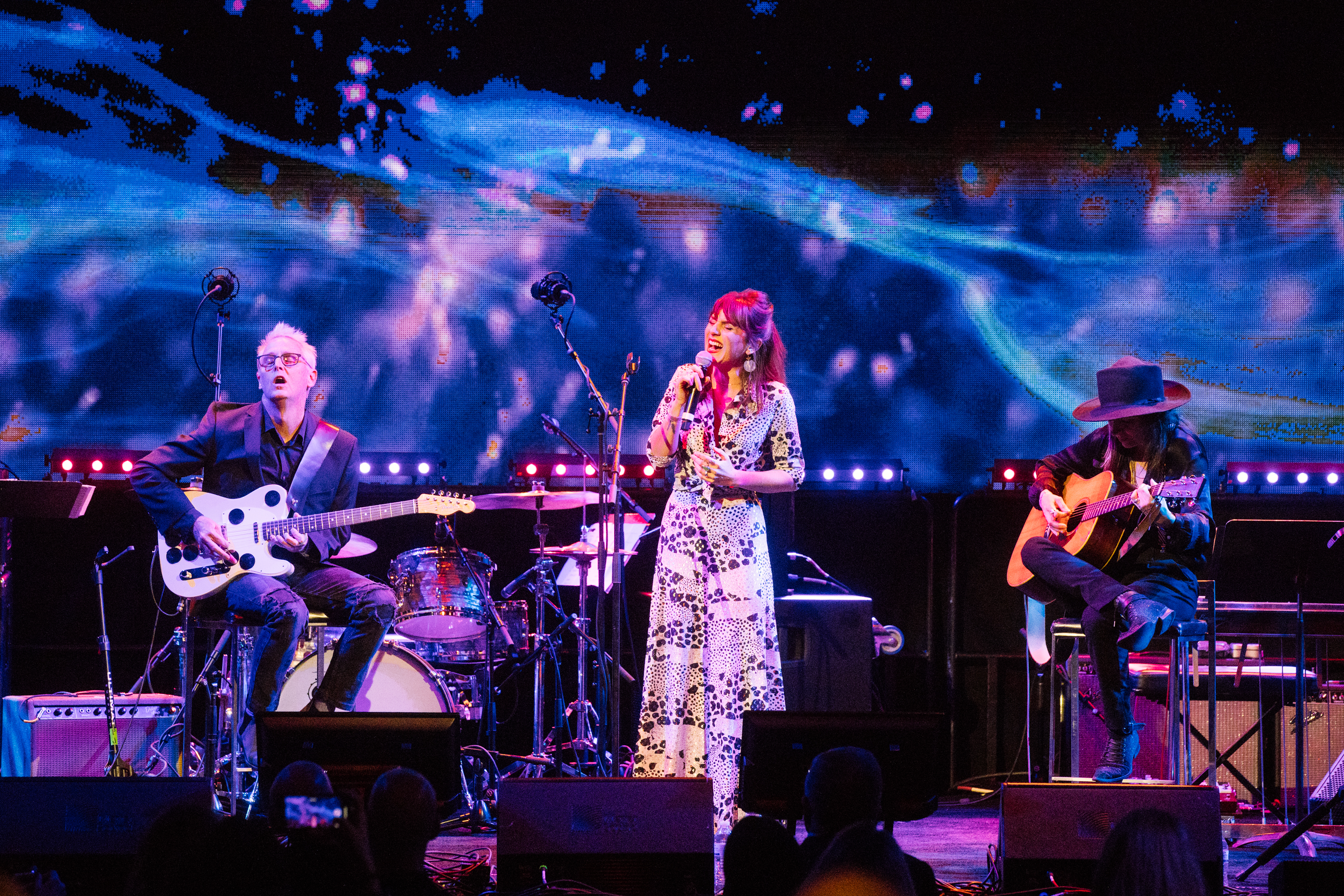 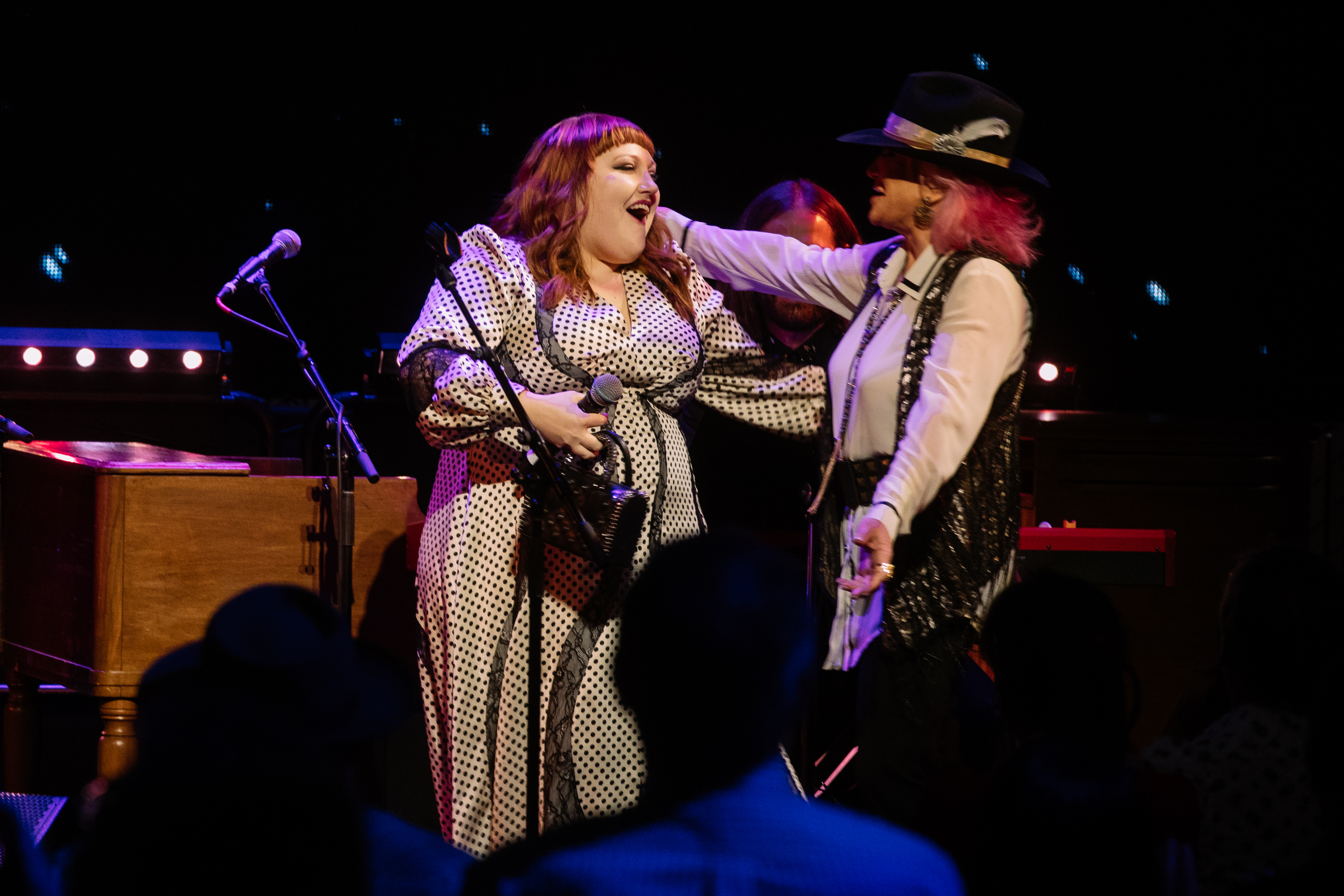 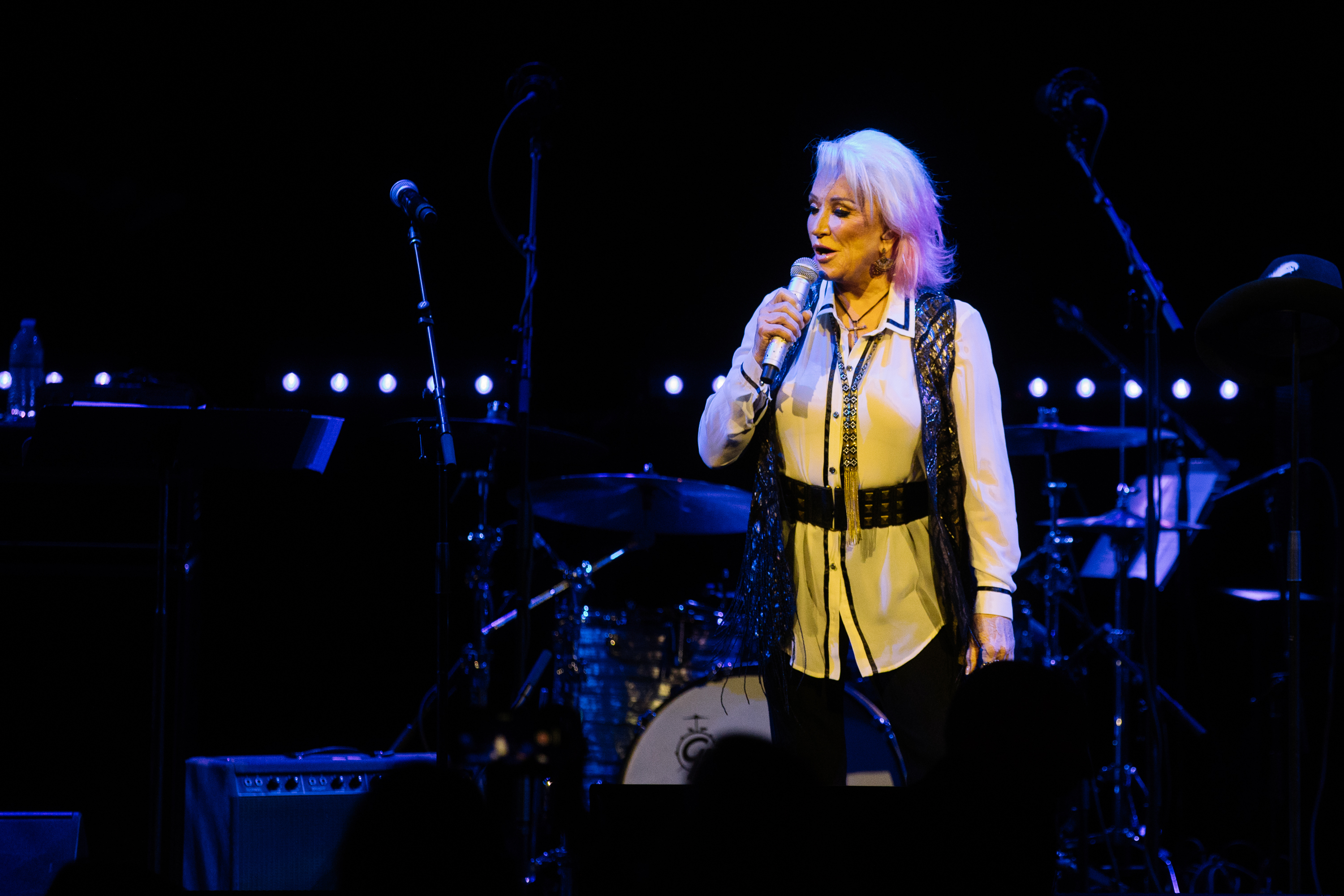 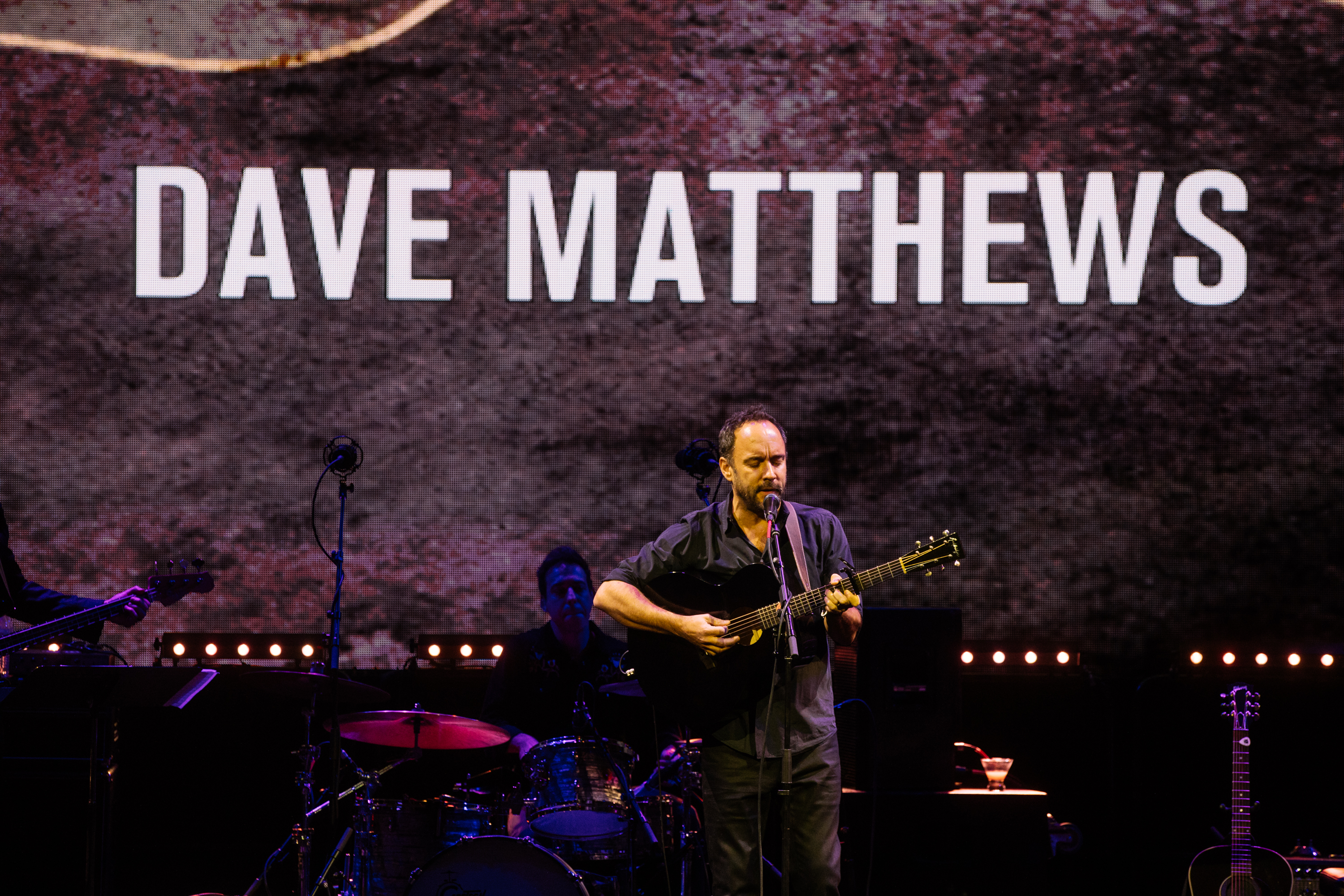