During the Nevermind and In Utero years, Kurt Cobain's axe of choice was often a Fender Stratocaster or Mustang. He was also a fan of Mosrite guitars, though he only owned two of them in his lifetime. Mosrites were a little harder to come by, plus they weren't exactly designed with a left-handed player in mind.

Long before Kurt moved on to Stratocasters and Mustangs, he played Univox guitars because of their similarity to a Mosrite. One Univox in particular can be heard in the early Nirvana years, primarily 1988-89. Kurt used the Univox Hi-Flier Phase 3 guitar for the recording of Nirvana's first album, Bleach, which has a definitive raw edge. The guitar was also later featured on the cover of the Blew EP.

Kurt's Univox Hi-Flier Phase 3 guitar was used during the Bleach tour in 1989 and smashed on July 13, 1989 at Maxwell's Tavern in Hoboken, N.J. On that particular night, there were less than a dozen people in the crowd, but those lucky few had quite the surprise when Cobain began to smash it before their eyes. But don’t worry, before taking his frustrations out on the guitar, Cobain learned that his girlfriend had secured another Univox Hi-Flier for him back in the Pacific Northwest, which would be waiting for him when he returned to Washington at the end of the tour. With that in mind, the guitar was fair game that evening. Let the smashing begin! 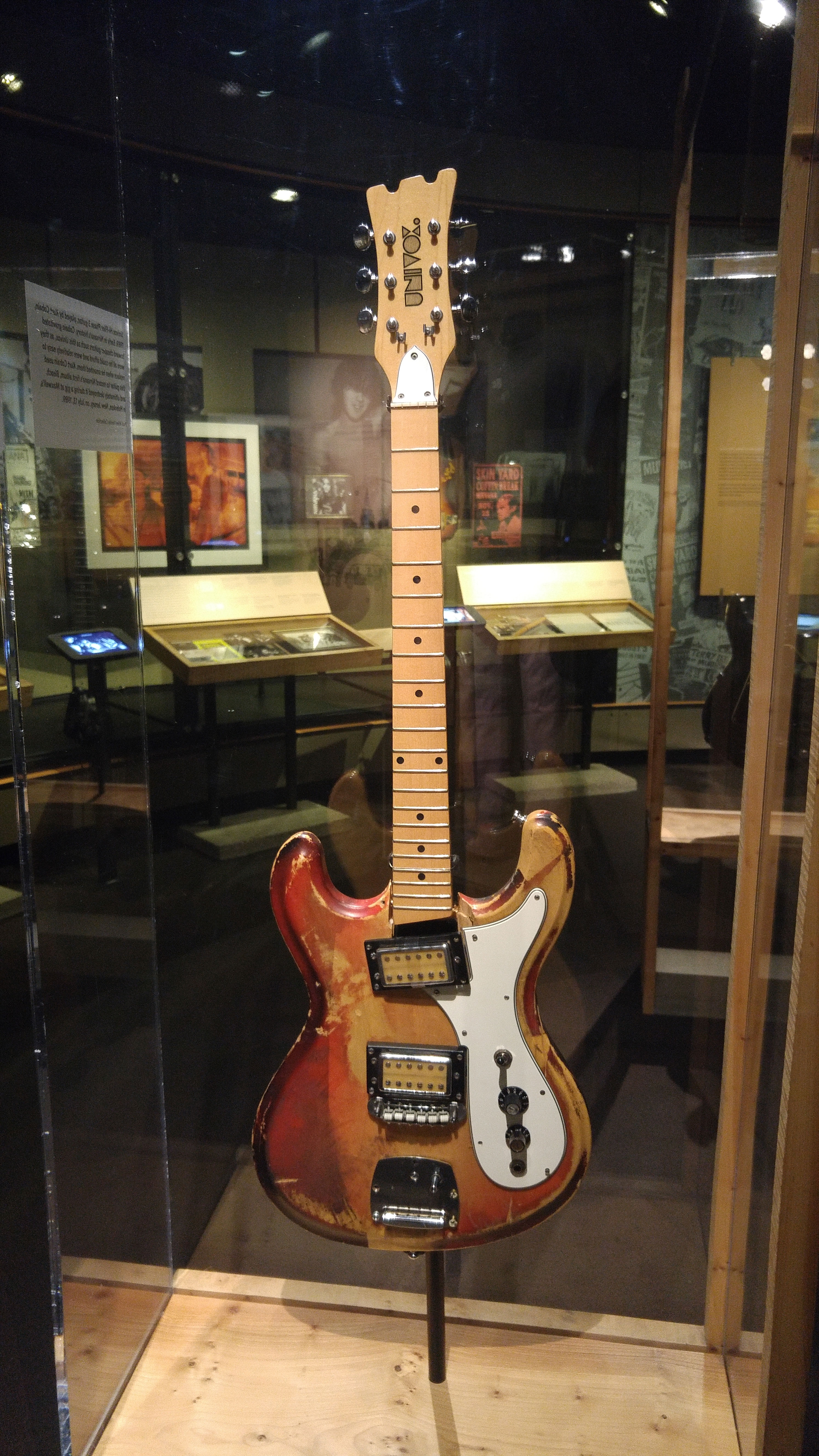