The world was a very different place for musicians in the 80s and 90s. Back then, getting exposure to new music was mostly limited to buying albums at music stores, listening to the radio, and seeing live shows.

Live shows came with particular challenges in the Pacific Northwest. Unlike the East Coast, where major cities are close, the northwest’s biggest municipalities are spread apart. Bands like Nirvana, who lived in southwest Washington, had to drive at least an hour to get to the next major city and even father to visit Seattle. 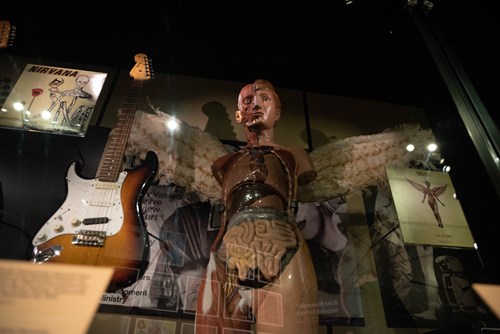 This distance meant that local scenes grew independently, with each developing a style unique to the tastes and experimentation of the artists living there.

MoPOP Curator Jacob McMurray wanted to make sure these microscenes were represented in Nirvana: Taking Punk to the Masses, so he enlisted the help of Steve Fisk. Steve’s vast and varied work in the Pacific Northwest music scene — from DJing at KAOS-FM in Olympia to recording bands like Nirvana and Soundgarden — made him a great resource for identifying some of the region’s key scenes, bands, and songs. 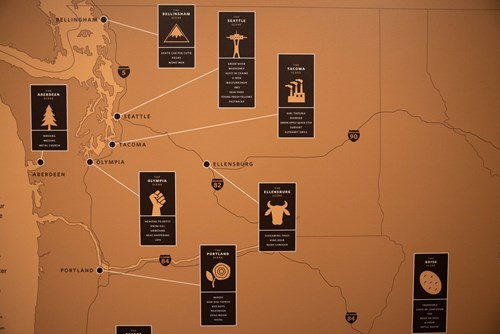 Together, Steve and Jacob created a map, with a corresponding listening station, so museum visitors can hear the many sounds of the Pacific Northwest.

We took some of the tracks from that list and put them into this playlist so you can take a sonic dive into music history. Which tracks resonate with you? Were there any that surprised you?

You can check out the full track list in Nirvana: Taking Punk to the Masses. 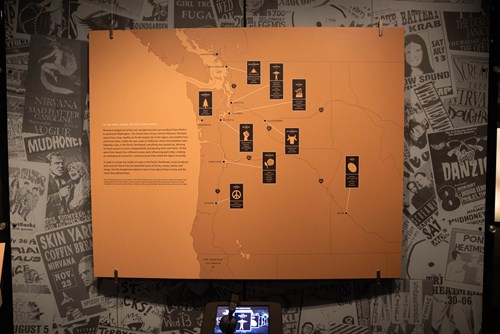