Have you ever watched a TV show or film that featured a character with the same job as you? Have you ever thought, 'But, that's not how it is at all!' Us, too! So, as part of a limited content series titled MoPOP Movie Reviews, we'll take a look back at some of our favorite films and analyze how museums, art work, and art workers are portrayed.

We decided to take it down a notch and review something a bit more serious and, somehow, we landed on The Square (2017). It’s very cerebral. It features concept and performance art. It takes a lot of cues from both. And honestly, we... we just don’t know, y’all (Chris likes those kinds of movies, but Amalia was not sold on it). So, your mileage may vary.

Disclaimer: This film is rated R, and it totally merits that rating. There’s violence, strong sexual images, and (spoiler alert) they “blow up” a child for a marketing video. It’s just very adult, so give it a watch before exposing your kids (or parents, or whoever) to it.

For a recap of what we’re doing and how we're doing it, each film in our MoPOP Movie Review series start with 20 points and we give or take points depending on how realistic the movie is for its portrayal of work in museums. Ready? Let's dive in. 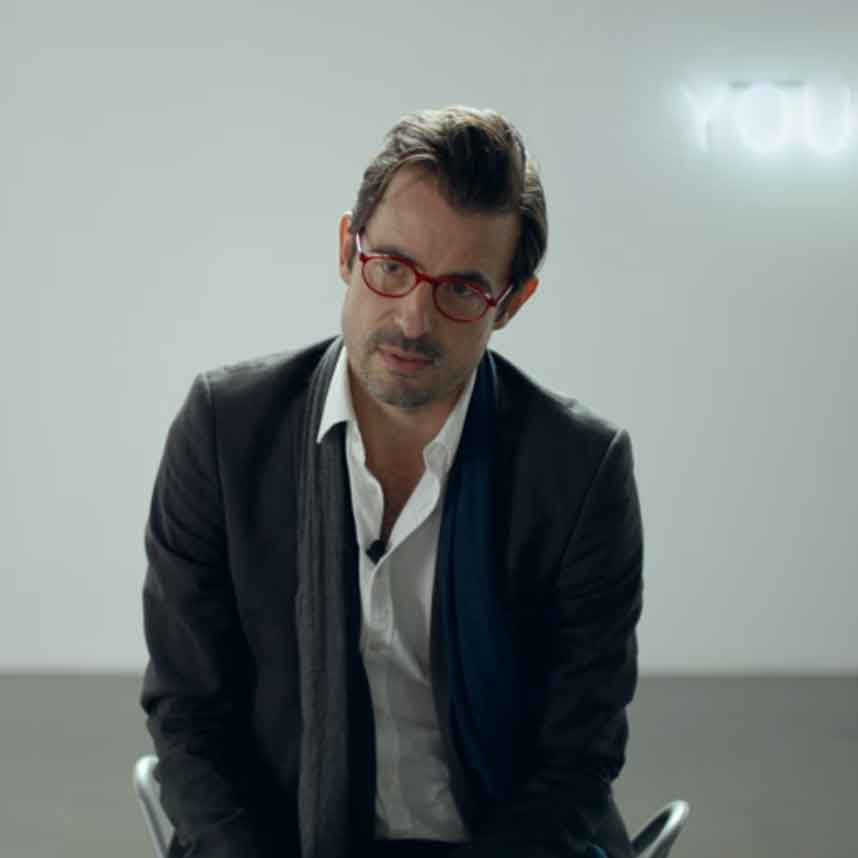 Art speak aside (trust us, we get that it's its own language), both the filmed interview and the later panel discussion in The Square are pretty darn accurate. Sometimes, conversations just … go … sideways. Sometimes it’s due to an audience member, or a panelist, or a presenter (the artist losing it at the end!), or (even!) a moderator can say something by accident. And, when you are in a public-facing position, it can be challenging to get things back on track. 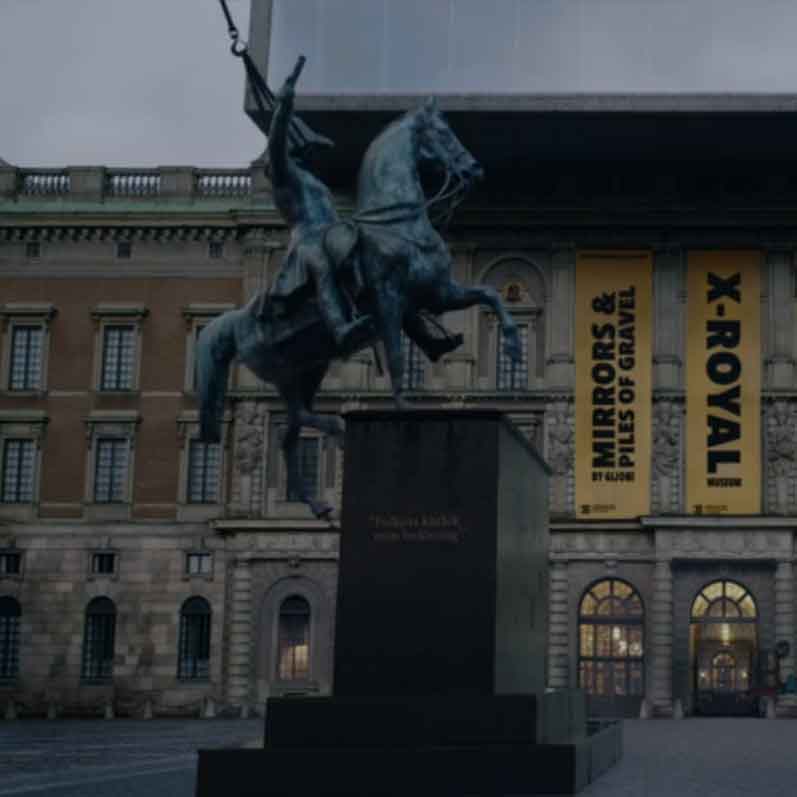 We Were Literally Screaming

How do we even talk about this? They lifted a statue by its head and then used a handheld concrete cutter in a very sketchy way. Are these art handlers, or contract construction workers? Because WE HAVE SOME CONCERNS.

Moving a statue is a very complicated process requiring knowledge, training, prep work, and care. Check out this museum’s installation. Oh yeah, get on with that custom crating, gantry, chain falls, and a double choker hitch for stabilization! THAT’S how it’s done. 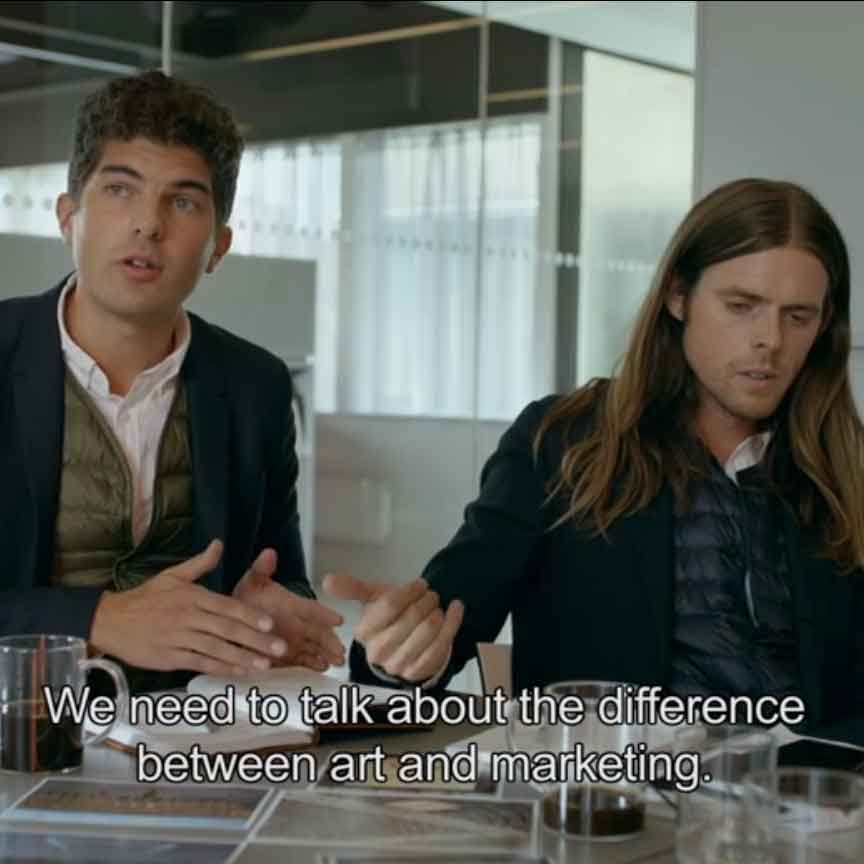 Oof. Our marketing department has never suggested blowing up babies, and we love working with them but, sometimes it can feel like we’re speaking two different languages. They’re looking at the marketability of a show and how to draw people in while we are focused on the content and look of the exhibition. It can be a tough line to walk for both sides and it requires a lot of communication and creativity. 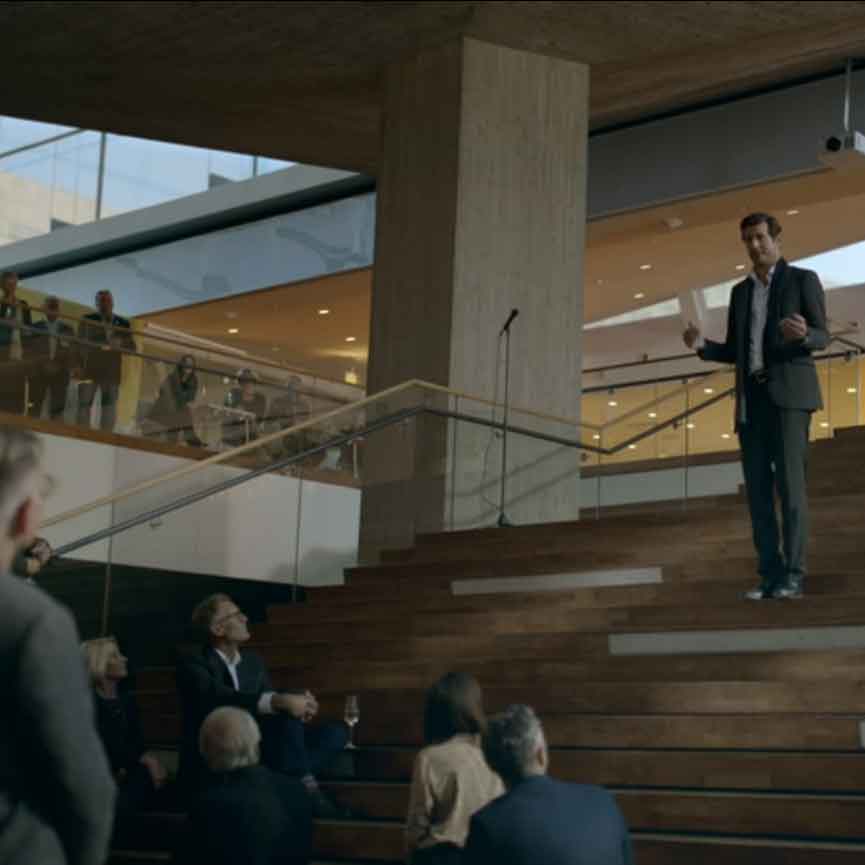 This guy is a public speaking champ and that’s hilariously unrealistic. Yeah, you see him practicing beforehand, but we’ve never met a curator that was all, "Oh yeah, a crowd of 300? Easy peasy." And Amalia is included in this one. No offense to our curator friends and colleagues, but y’all can be super awkward. They typically end up stuck in their offices having to do the major brain power behind any exhibition. While being a curator is awesome, it can draw some very introverted people to the field (Gee, thanks, Chris!).

For real, we’re currently in a Zoom meeting and it’s like a Brady Bunch of weird avatars instead of faces because our department is full of shy, introverted people. Our fabricators are a bit more extroverted, but even they are happy to get a project and zone the rest of the world out. 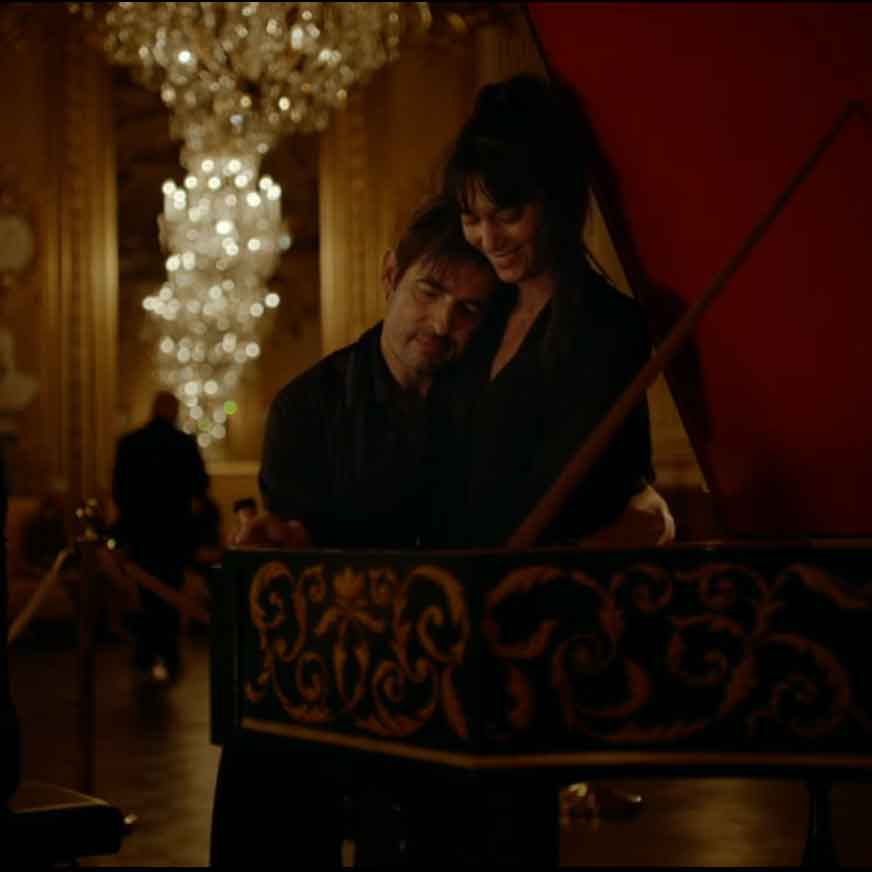 PEOPLE, THAT HARPSICHORD IS AN ARTIFACT!

This entire segment ranged from cringeworthy to straight out rage inducing. Let’s start with the rave scene. Because there’s a rave scene and, wait what? Why is there a rave scene at an exhibition opening? Not to mention, this guy is flailing and dancing very closely to his colleagues at a work event? By the way, when we’re done with our duties at an exhibition opening, honestly, it is just time to go to bed.

Then comes the angering bit. You might have noticed the stanchion behind him as he’s playing the harpsichord? Yeah, that’s an artifact. He’s sitting on the bench (an artifact) while playing the harpsichord (also an artifact) while his lady friend sits on his lap drinking champagne (omg) and a colleague sits near him smoking a cigarette (COME ON!). You all should know how much we hate the whole food in galleries thing and this takes the cake. WHY? 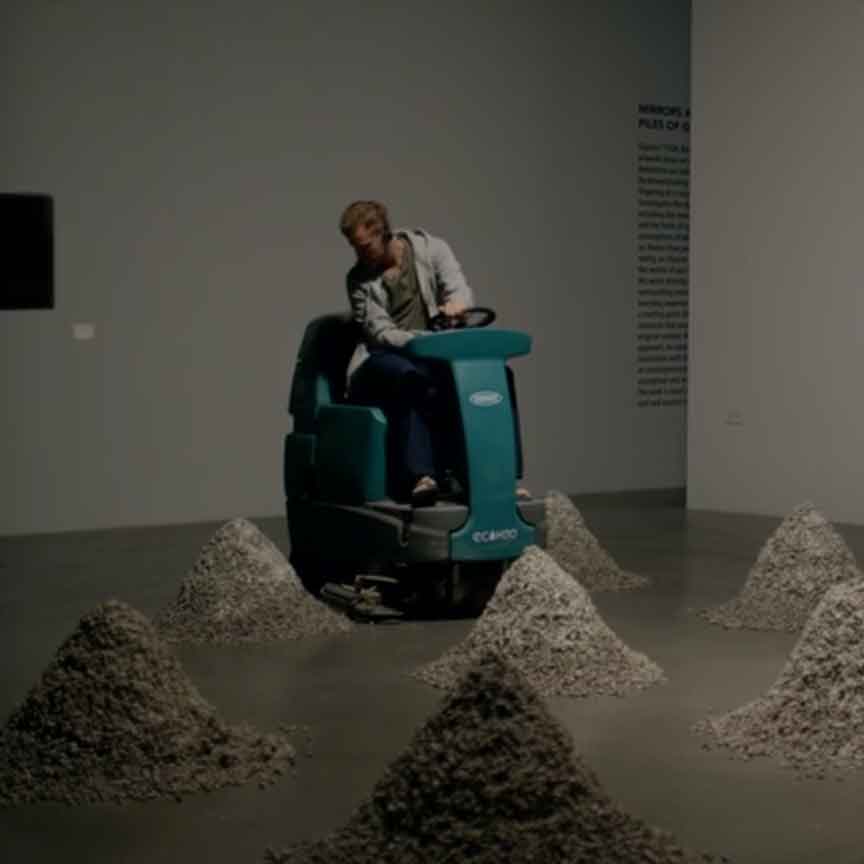 Why can't they get housekeeping right?

Hoo boy. OK. At this point you’re learning more about cleaning in museums because we talk about it a lot. Sometimes there are “whoopsies” with artifacts and cleaning teams, but this is egregious. Our housekeeping staff know the museum better than most people because they have to know how to clean what. They don’t even polish the floors without our knowledge because it might harm an artifact.

Later, there’s a super awkward scene with Elisabeth Moss and an anxiety-causing chair sculpture installation (we actually both love it). First off, never assume that a conversation is private in a museum — voices, most certainly, carry. Second, and more importantly, let’s talk about the suggestion of insurance fraud because that’s what they’re talking about doing. “Oh no, we’ll fix it ourselves!” is not an acceptable reaction.

So, overall, The Square gets a lot of museum work right, but it all goes sideways until it’s a museum employee’s worst nightmare, which seems to sum up the entire plot. Those of us in the museum field have all had literal nightmares about artifacts breaking, panels going awry, and artists misbehaving.

Thank you, The Square for giving us new things to have nightmares about!