What could go wrong when you stick a bunch of convicts on a plane with unarmed guards, cast a ton of big names in Hollywood that don’t make sense being in the same room together, have a loose idea of what the hell you’re trying to accomplish, and decide to make a movie? More importantly, what could go right? In a world of cinematic junkfood, does 'Con Air' deserve a rewatch? Let’s dig into the whys and why nots.

These are the facts: Simon West, the director of Con Air, was also the director of Rick Astley’s “Never Gonna Give You Up.” I’m not saying that we’ve all been rickrolled by this cast, but I’m not...not saying it.

We have a few words for the terrible lawyer that failed to keep Nic Cage...out of a cage (I’m sorry). BUT who do we talk to about his hair, and more importantly, THAT SOUTHERN ACCENT? There are real Southern accents. There are impersonations of Southern accents. Then, there is Nicolas Cage pretending to be from Mobile, Alabama. 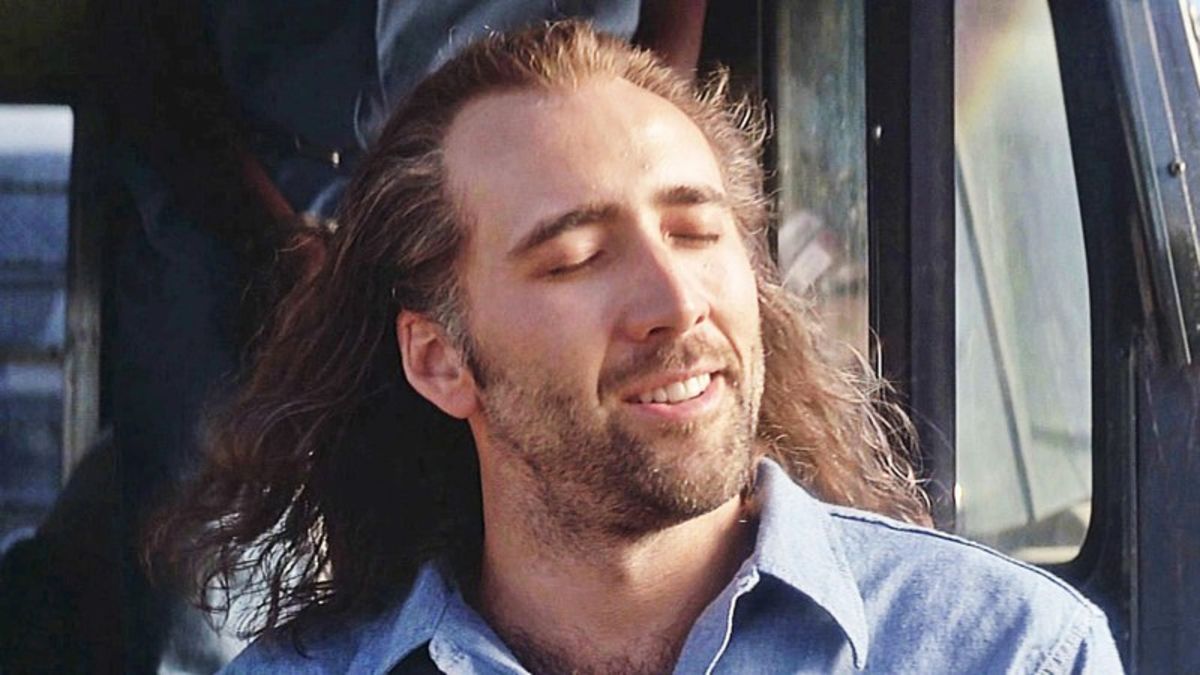 For some, this movie is a dumpster fire. For others, it’s a classic. For many of us, it’s a classic dumpster fire. I am genuinely surprised we made it far enough into the film to see Steve Buscemi as serial killer Garland Greene save us all from what would have surely been—well, what’s the evolution of a dumpster fire—a fiery trash pit to hell? If the whole movie had been Buscemi in an empty pool learning the meaning of life from a child, I’d be...very creeped out, but damn it, I’d watch it. I love you Steve Buscemi. 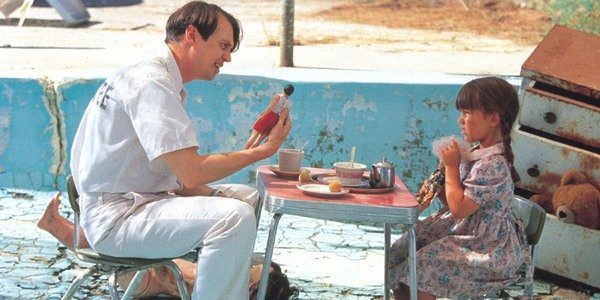 4. There's a transgender character and it's only...slightly offensive.

More interesting than watching John Malkovich threatening to shoot a stuffed bunny, realizing Dave Chapelle somehow got on the cast list, or recognizing Colm Meaney from Star Trek as an annoying FBI agent, is the fact there is a transgender convict in a 1997 action movie starring Nicolas Cage…and…it wasn’t terrible? Hear me out.

Renoly Santiago is a Puerto Rican actor, singer, and writer, and is listed in the credits as Sally-Can’t Dance. The prisoners use she/her pronouns when referring to her—Cage as Cameron Poe even slaps her instead of punching the other convicts, which is…I mean, at least he acknowledged her as a woman (not going to unpack the rest of that). Most importantly, the second that it becomes an option, she finds a dress THAT FITS, and we are graced with moments like this: 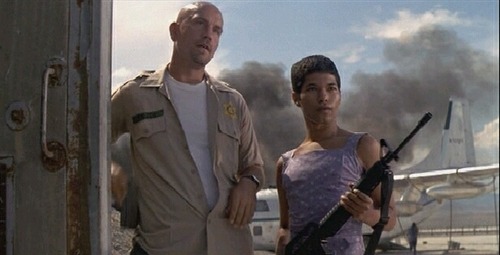 Is it lame that Sally-Can’t Dance wasn’t played by an actual trans actor? Yep. Does it suck that she was a convict? Definitely (more trans heroes please). Should she have been in a women’s prison facility instead? ABSOLUTELY and this is STILL HAPPENING TODAY (vote and call your legislators, people). But the last question I want to leave you with is—can she dance? 100 percent yes, she can.

To push Con Air closer and closer to the fiery trash pit to hell, I need to call out the most egregious fault of this script. Diamond Dog. Here’s his introduction: “Diamond Dog. Former general of the Black Guerillas. He blew up a meeting of the National Rifle Association saying, and I quote, ‘They represented the basest negativity of the white race.’ He wrote a book in prison called, ‘Reflections in a Diamond Eye.’ New York Times called it a wakeup call for the Black community.”

I won’t begin to draw my own conclusions about why (white) screenplay writer Scott Rosenberg thought it was a good idea to write in this plot point, but I will say this—I wish I could read Diamond’s book.

So, is it worth a rewatch? Yep, probably. I mean, John Malkovich says "Make a move and the bunny gets it" with a cold, dead look in his eyes. So if nothing else, at least we have that. 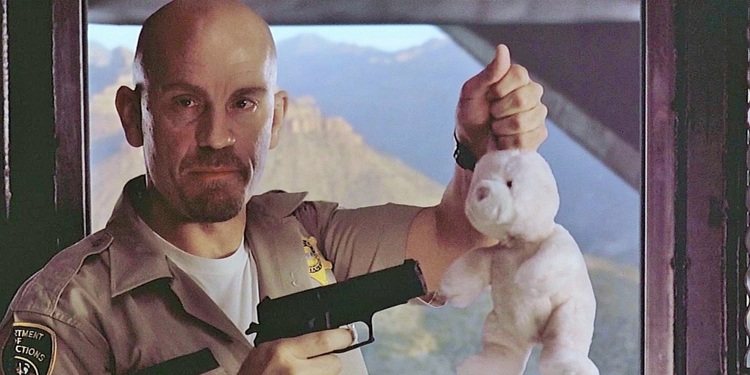