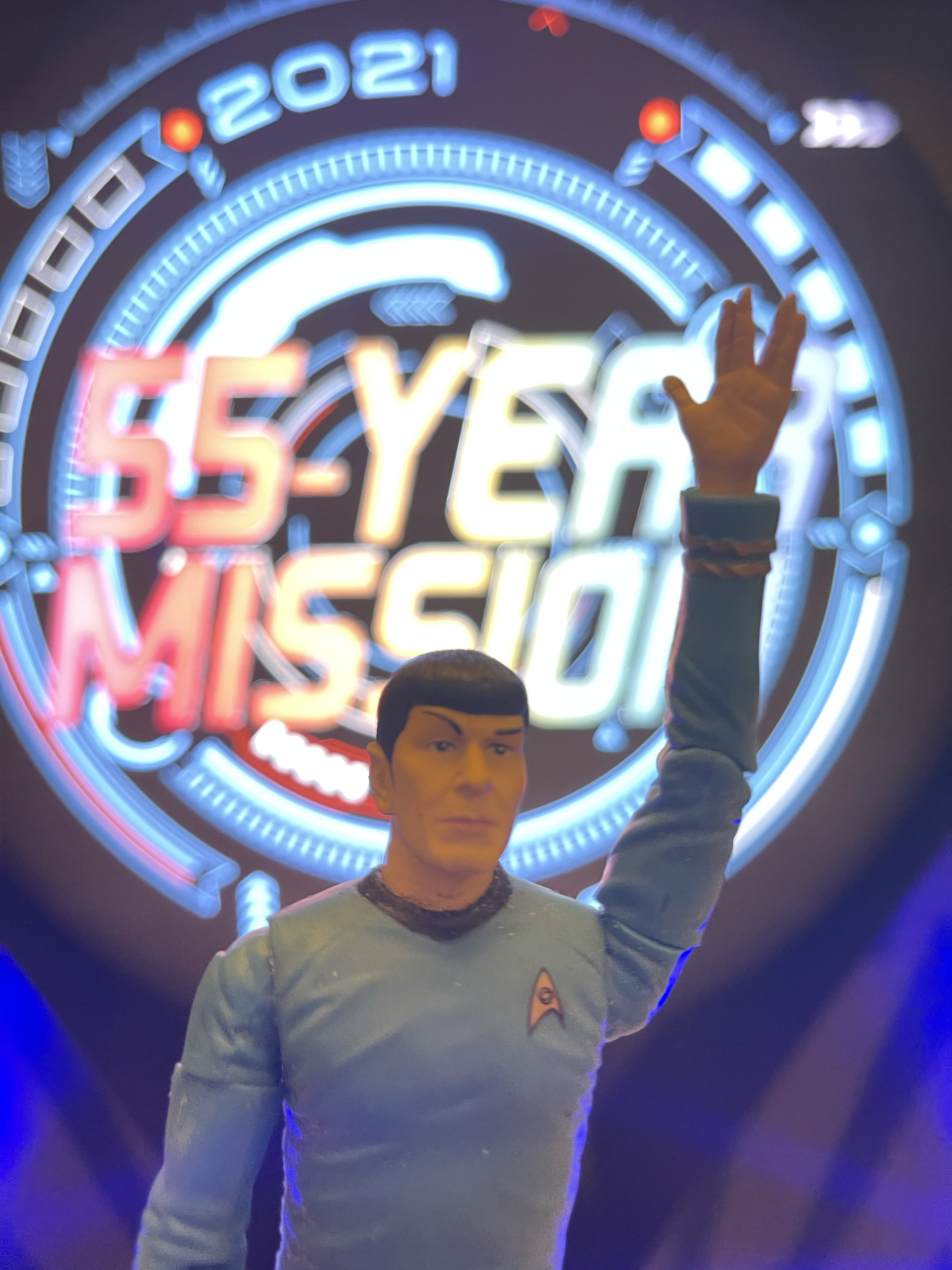 Here's the deal: I bought this awesome (albeit a little worn) Spock action figure for $7 at a used video game store and decided to take him with me to Creation Entertainment’s 55-Year Mission Star Trek convention in Las Vegas.

I will hereon be referring to this action figure as Spock. Unfortunately, the action figure is not the real Leonard Nimoy. No one ever could be. But you have to admit there’s a resemblance. 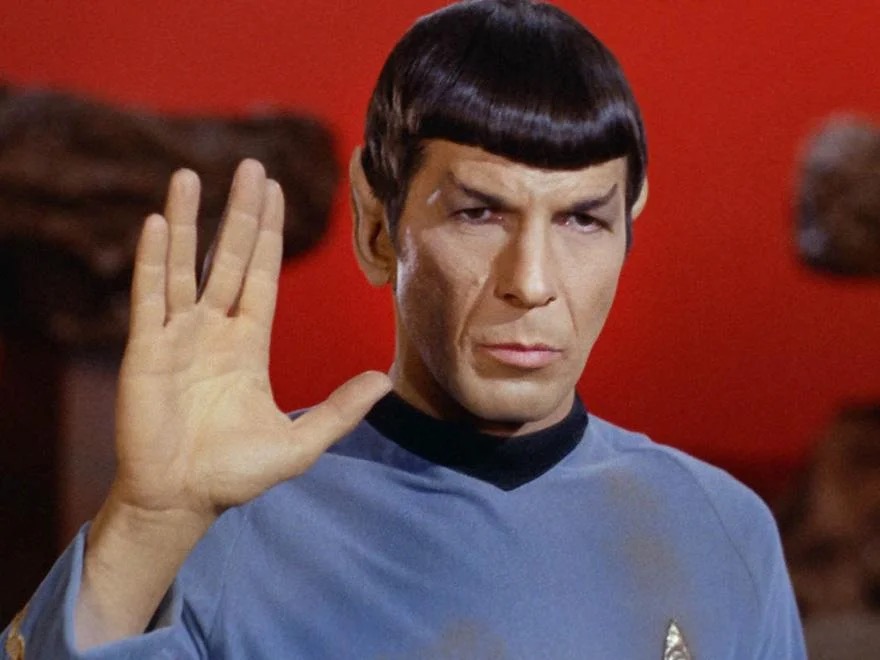 1. When Spock met the Borg Bernie and tried not to get assimilated. 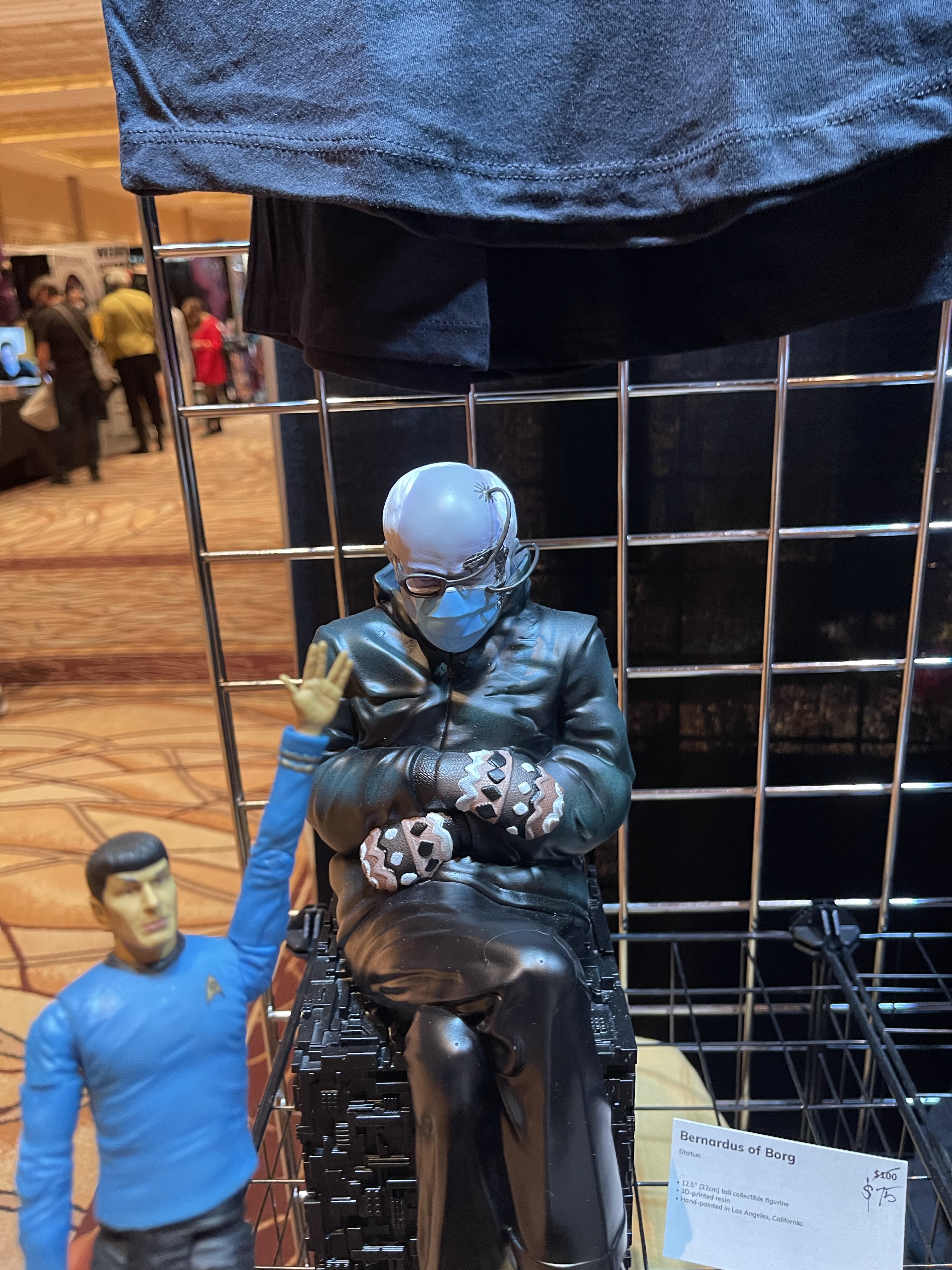 2. When Spock got to ask Cirroc Loften from Deep Space Nine what it was like to work with the one and only Tony Todd from Candyman.

Cirroc said he was terrified at first, but that Tony is actually a really nice guy! Spock is still on the fence. Since MoPOP started displaying the original hook that Tony Todd wore in the movie, Spock has a hard time going through our Scared to Death: The Thrill of Horror Film exhibition. 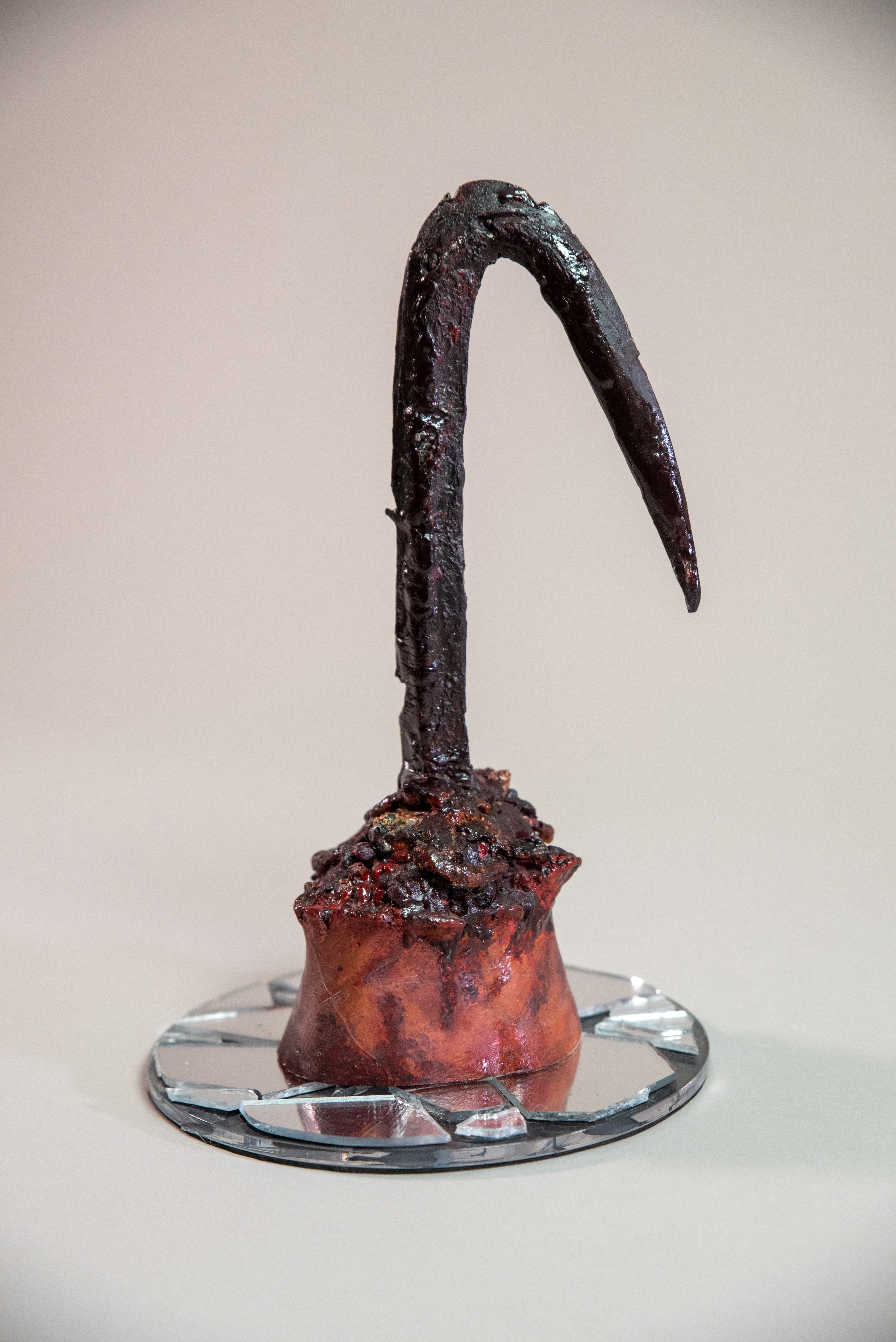 Hook worn by Tony Todd in 'Candyman' (1992), from the Collection of Bill Condon, Director

3. That time Spock and I hung out with some awesome cosplayers!

Look closely to see Spock sporting the Vulcan Salute, but staring at T'pol instead of the camera. T'pol look-alike, or actual T'pol? We honestly weren't sure... 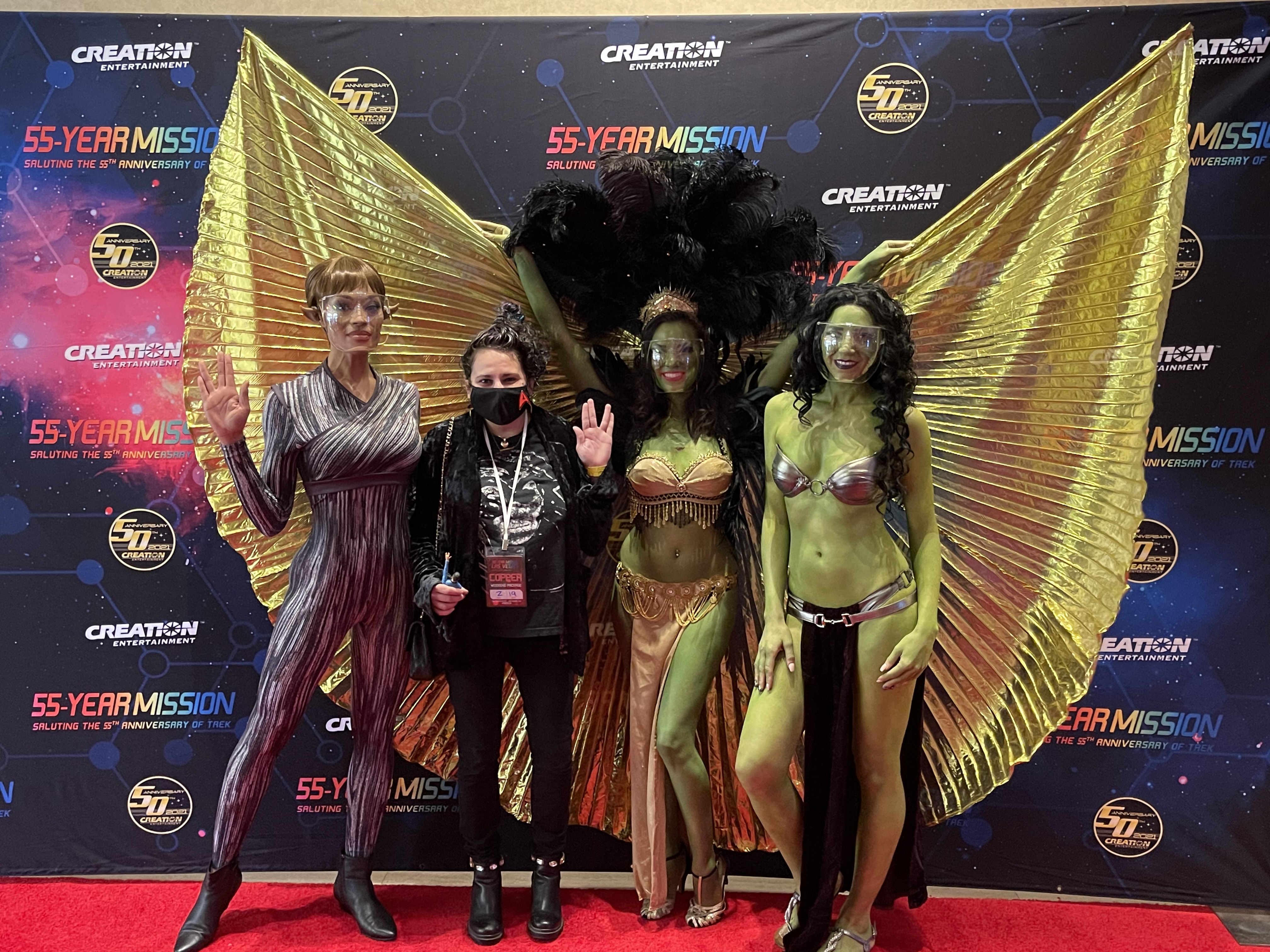 (Oh and then there's me! Spock's primary form of transportation. With wet hair and a Borg shirt trying to get to the Lego panel).

4. When fandoms collided and Spock tried to give a friendly salute to an unfriendly creature. This Weeping Angel cosplay from Doctor Who almost did us in. 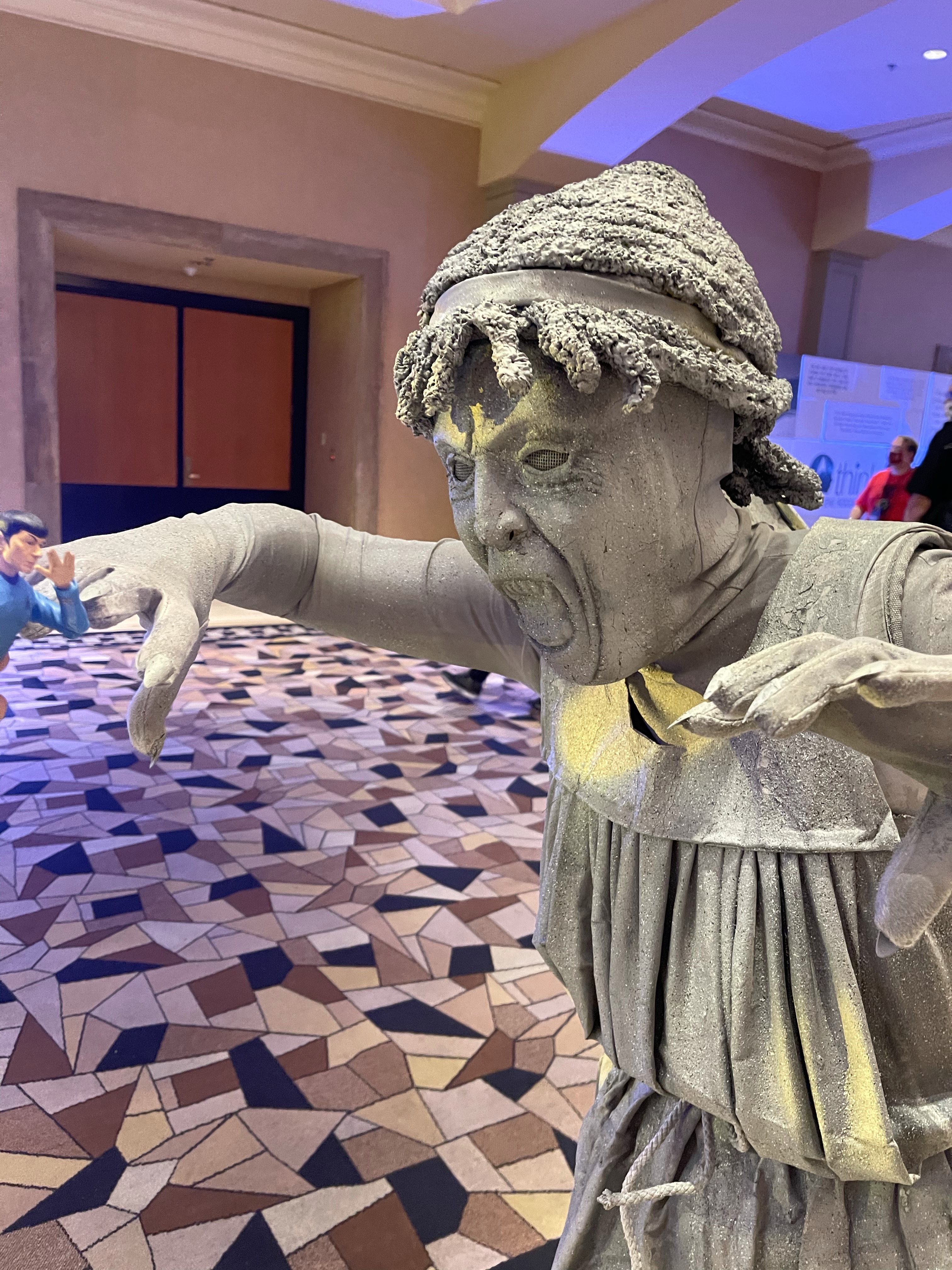 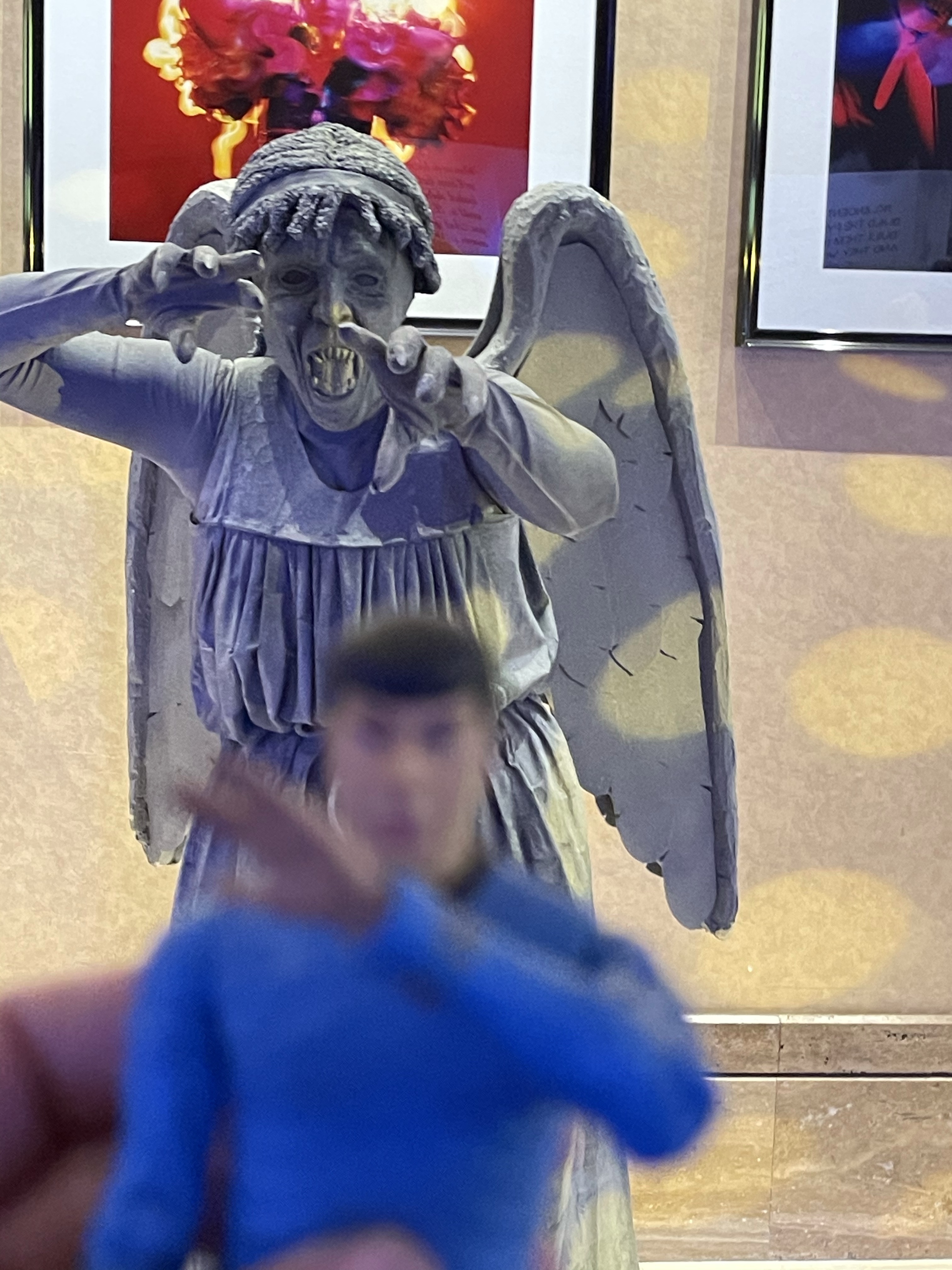 5. When we learned about Klingon history and the use of Klingon weapons at the Gene Rodenberry stage! Plus, no biggie, we met a real life Klingon (we think).

Spock prefers the good old fashioned Vulcan Death Grip over the clunky Bat'leth, but to each their own. 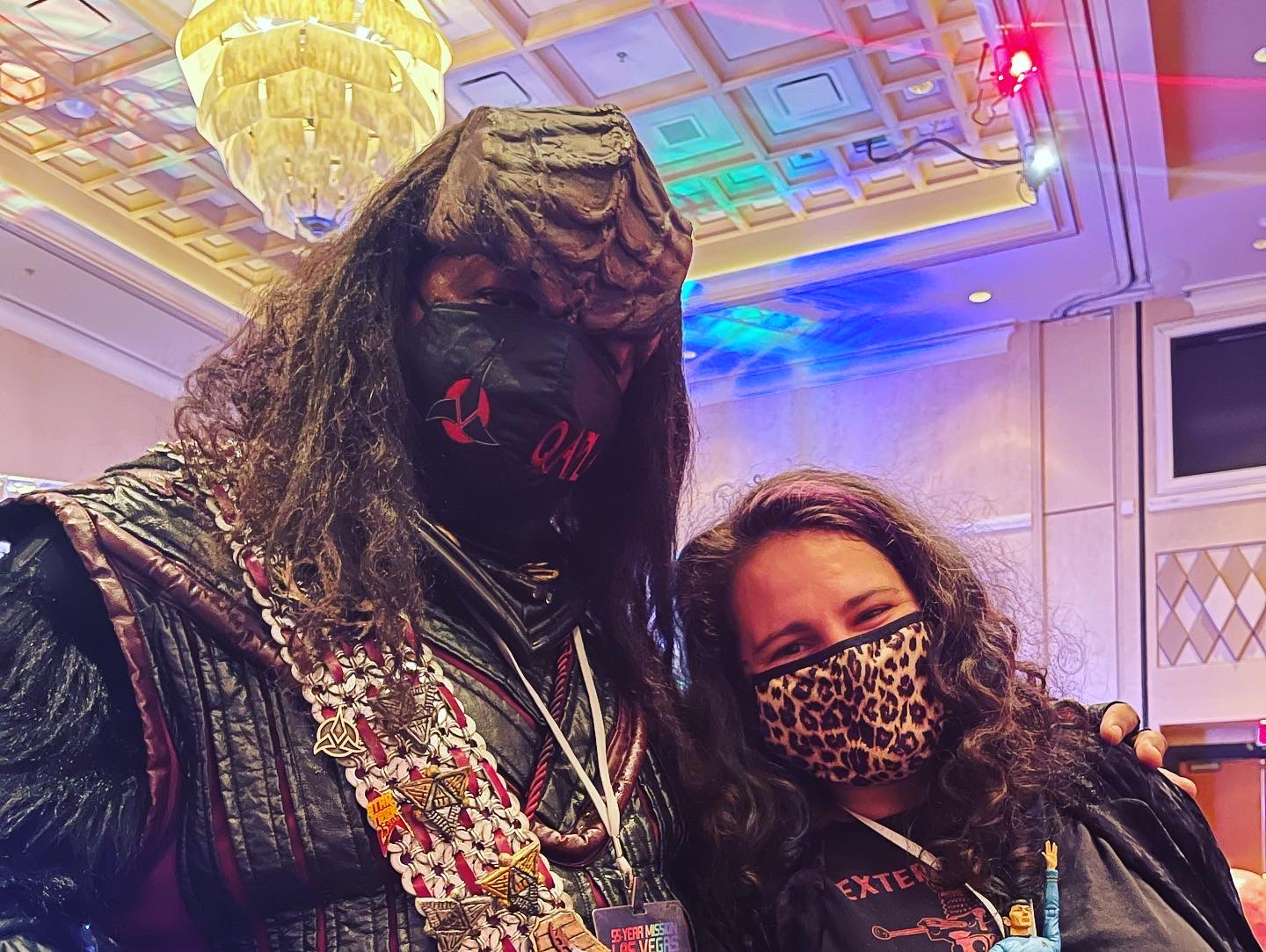 (Oh hey, that's me again. My hair is dry in this one but it's messy. Also, I'm wearing a Doctor Who shirt and yes, that's a leopard print mask. Spock already made a comment, I don't need this from y'all).

6. When Spock had a run of luck at the Blackjack table between panels!

He says he's beginning to understand why humans flock to these establishments. "It's a fascinating endeavor." -- Spock 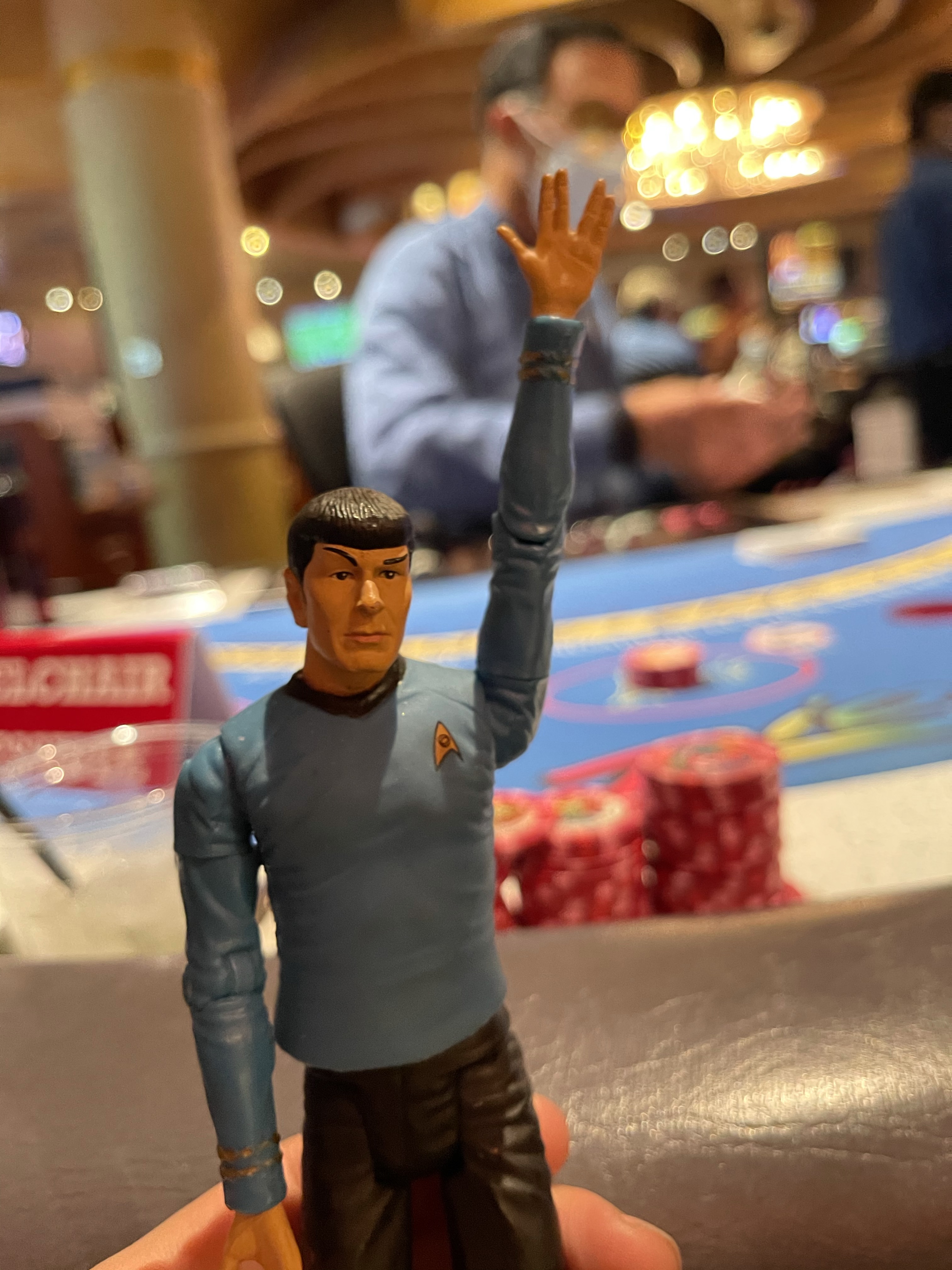 7. The time Spock got to take a photo with Guy Fieri.

Spock says he's thinking about getting his ears pierced now. 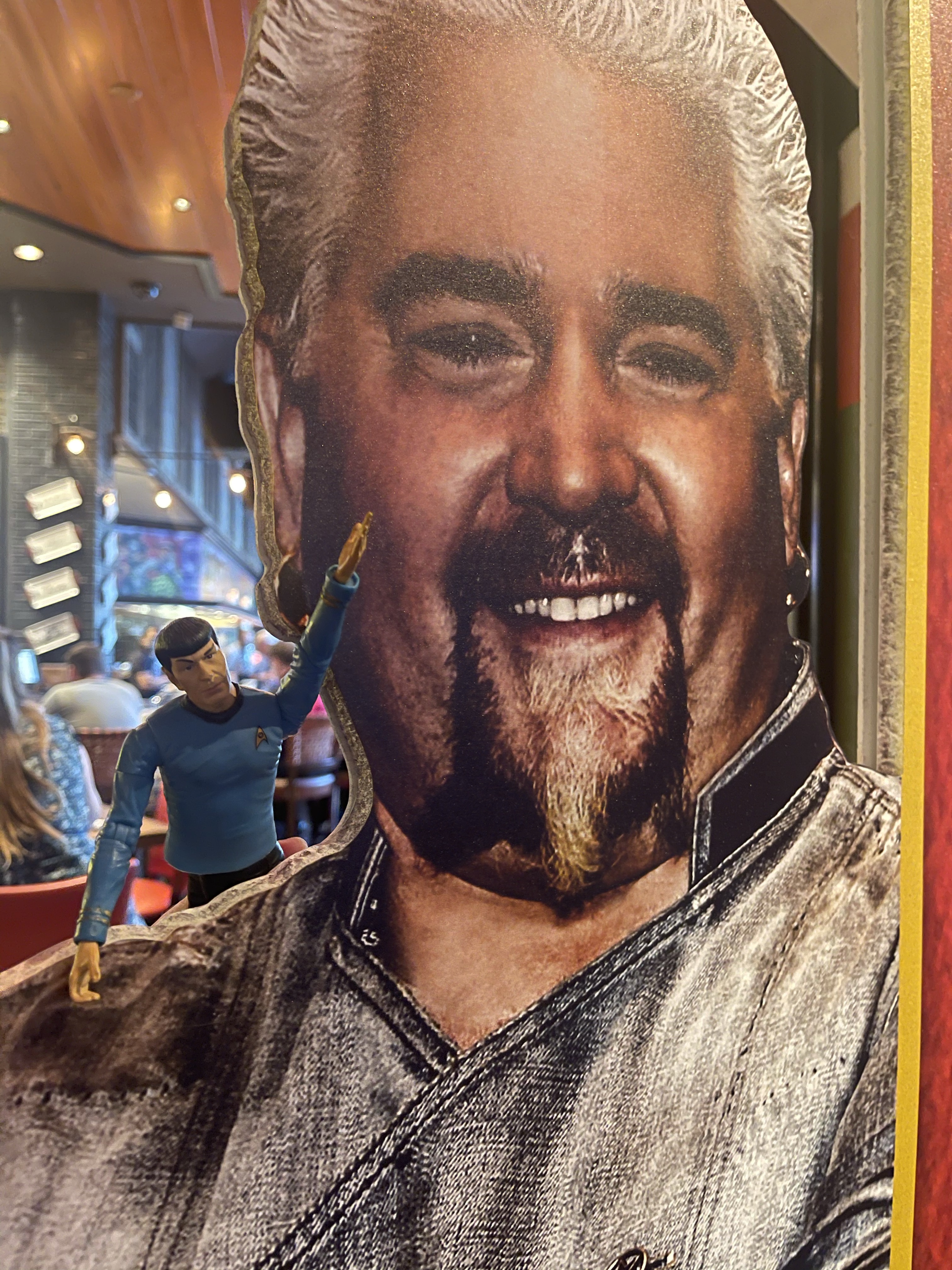 8. Last but not least, when we were reminded of a very important Public Service Announcement from Captain Picard. 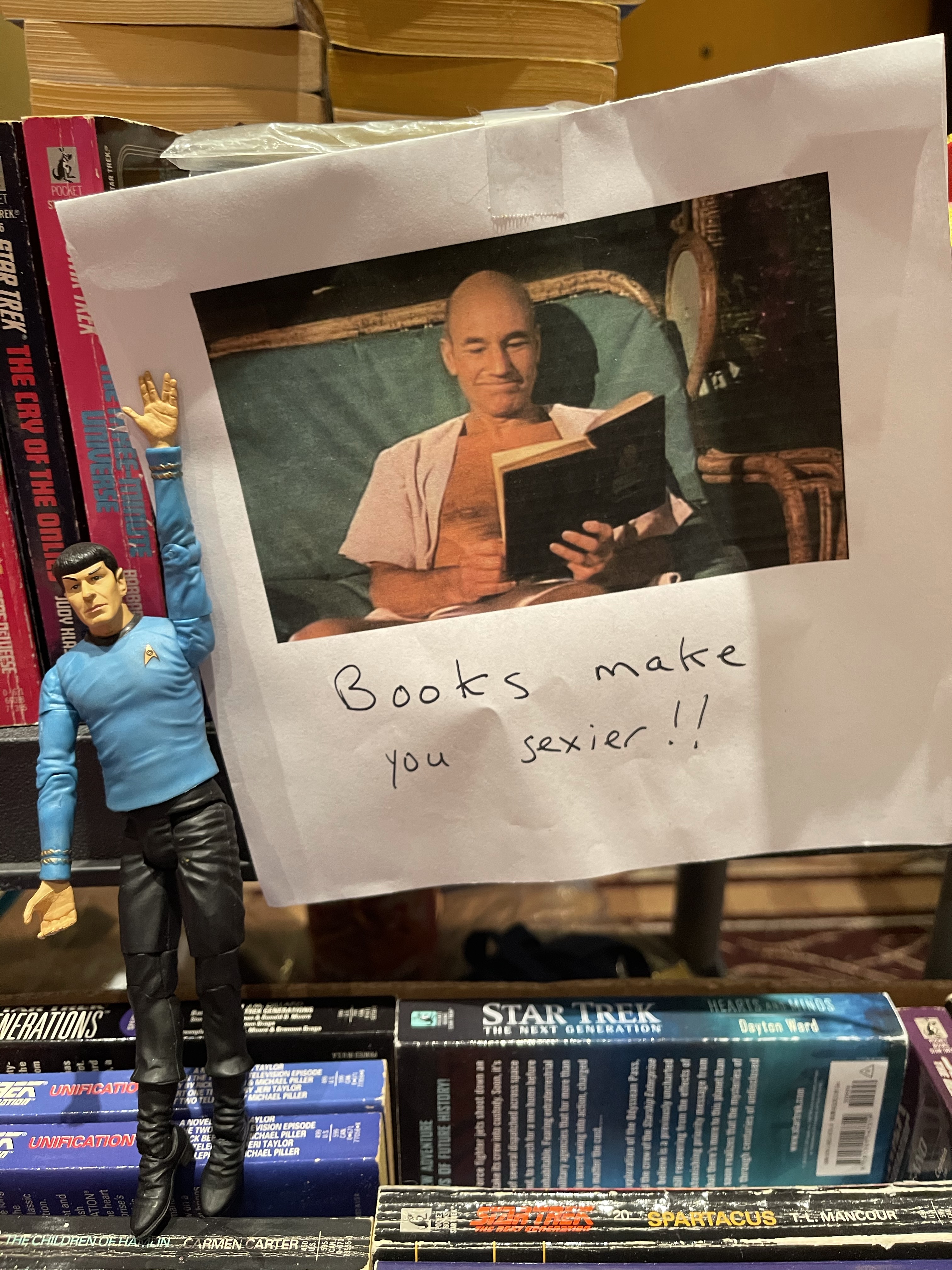 Spock's review? "You humans are a fascinating species, 10/10 for research purposes."

If you like what you see, support the work of our nonprofit museum by making a donation or planning a visit to MoPOP today!