Our Founders Award for 2022 will honor the legendary Quincy Jones!

With a career spanning more than 60 years, he is an impresario in the broadest and most creative sense of the word — exactly the kind of person Founders Award was created to celebrate.

Since 2007, the Museum of Pop Culture Founders Award has celebrated artists whose noteworthy contributions to music continue to nurture the next generation of creators.

Named by Time magazine as one of the most influential jazz musicians of the 20th century, Quincy was born in 1933 in Chicago, and brought up here in Seattle. While in junior high school, he began studying trumpet which led him to the prestigious Berklee College of Music in Boston and on to the musical “big leagues” in New York in 1951, where his reputation as an arranger grew. After studying and working in Paris, we won the first of his many Grammys in 1963.

Becoming vice-president at Mercury Records in 1961, he was the first high-level black executive of an established major record company. From there, he expanded into the world of film scores — a genre in which Black people had been excluded — and went on to compose 33 major motion picture scores. He marked his debut as a film producer in 1985’s The Color Purple, and in 1991, Quincy helped launch The Fresh Prince of Bel Air as an executive producer. In the ’90s, he also formed both Quincy Jones Entertainment (QJE) and the Quincy Jones Media Group (QJMG) which encompass programming for film and syndicated television, live entertainment, direct response marketing, and cross-media projects.

Quincy is also known for his long history of humanitarian work which began early in his career and included production 1985’s “We Are the World,” the best-selling single of all-time which raised more than $63 Million for Ethiopian famine relief. In 2004, he launched the We Are the Future initiative which has established child centers in Ethiopia, Eritrea, Sierra Leone, Rwanda, and Palestine) where youth are trained to run child-based programs in health, nutrition, information and communication technology, sports, and arts. In 2007, Jones and the Harvard School of Public Health joined forces to advance the health and well-being of children worldwide through Project Q, a strategic initiative of School’s Center for Health Communication. Through his personal foundation, he also raises awareness and financial resources for initiatives that support global children’s issues in areas of conflict, malaria eradication, clean water, and efforts to restore the Gulf Coast post Hurricane Katrina.

The laurels, awards and accolades have been innumerable, including being one of only a handful of EGOTS — winners of the Emmy, Grammy, Oscar, and Tony Awards. Quincy is the all-time most nominated Grammy artist with a total of 80 Grammy nominations and 28 awards as well as the Grammy Living Legend Award. He has won an Emmy Award, a Tony Award, seven Oscar nominations, the Academy of Motion Picture Arts and Sciences’ Jean Hersholt Humanitarian Award, N.A.R.A.S.’ prestigious Trustees’ Award. His international honors have ranged from France’s Commandeur de la Legion d’ Honneur, to the Royal Swedish Academy of Music’s coveted Polar Music Prize, to Italy’s Rudolph Valentino Award. He is the recipient of honorary doctorates from more than a dozen universities; was named as a Kennedy Center Honoree in 2001 for his contributions to the cultural fabric of the United States of America; and was bestowed the National Medal of Arts, our nation’s highest artistic honor in 2010.

A LOOK BACK AT FOUNDERS AWARD 2020

THANK you TO OUR GENEROUS 2022 Founders Award SPONSORS 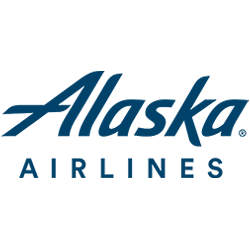 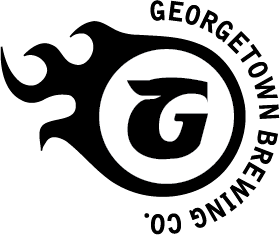