The original inspiration for the Museum of Pop Culture was Jimi Hendrix, and with a permanent collection of more than 6000 Hendrix-related artifacts, we’ve explored Jimi’s life, career, and ongoing legacy over eight exhibitions and counting.

On November 27, Jimi Hendrix would have been 75 years old. Fifty-one years ago, a young Jimi Hendrix had recently moved to London, convinced by ex-Animals bassist Chas Chandler that he could make Hendrix a star. Jimi was only 23 years old. Within a week, Hendrix and Chandler assembled bassist Noel Redding and drummer Mitch Mitchell to create the Jimi Hendrix Experience, and the group quickly jumped into the Swinging London scene.

At the time, Hendrix lived in London’s Hyde Park Towers hotel. He penned this early version of “Love or Confusion” while staying there and recorded the song on November 24, 1966, three days before his 24th birthday. 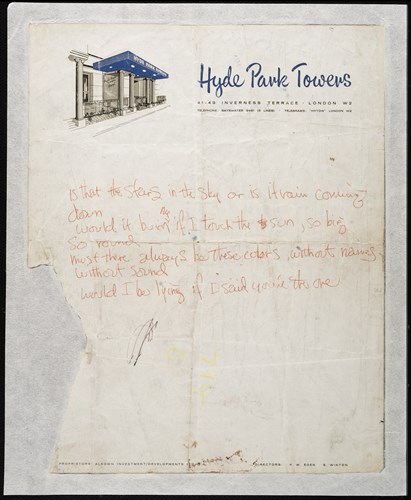 Hand-written lyrics for "Love or Confusion" by Hendrix

A month prior, on October 23, Hendrix and the Experience recorded the A-side of their upcoming debut single, “Hey Joe”, a cover of an American folk song by Billy Roberts. During this time, Jimi had this fragile acetate cut on a record lathe at the studio, so he could listen to the song at home. 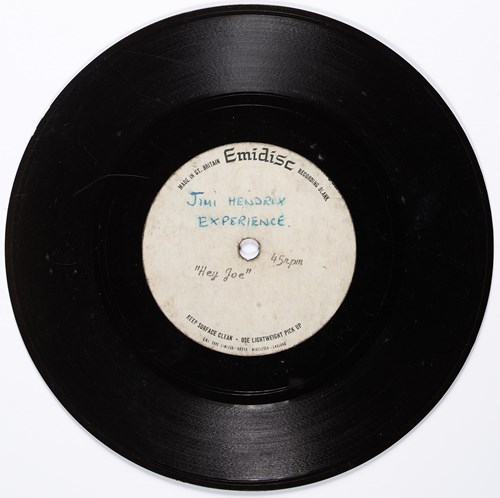 The flip side, “Stone Free,” a blues-inflected, upbeat rocker, was Hendrix’s first original composition with the Experience—an important milestone as it would add some prestige and cred in the scene for Hendrix to write his own tunes, unlike many pop groups. Perhaps more importantly, it would mean that the Experience would keep all the money if the song was a success. On December 2, Jimi signed this publishing contract for the song with Pall Music Ltd.

Released on December 16, 1966, the “Hey Joe” / “Stone Free” single marked the start of an enduring fascination for the Jimi Hendrix Experience. Over the next nine months the trio toured endlessly, released three hit singles and a chart-topping debut album, became darlings of the British music press, and inspired—and intimidated—a generation of British guitar players. On June 18, 1967, he re-introduced himself to America with an incendiary performance at the original Monterey International Pop Festival. Largely unknown in the US before the outdoor festival, Hendrix was soon an international star.

Happy Birthday, Jimi. May you continue to inspire generations to come. 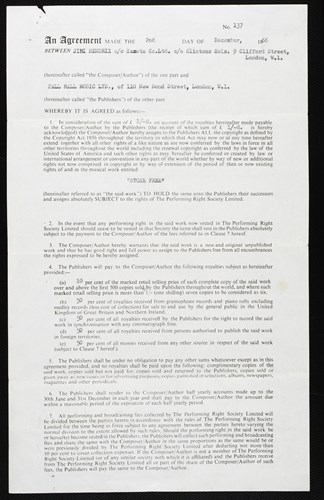 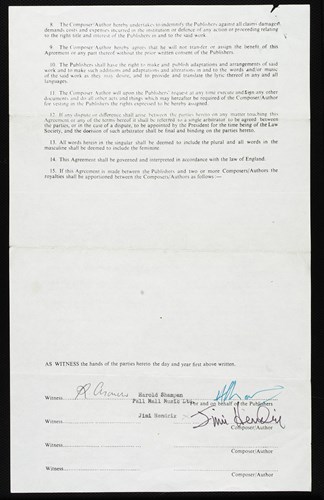 All artifacts/images from MoPOP permanent collection.