If there is one thing I love, it’s a little bit of parallelism. Now before I frighten you away by using a word as eyebrow-raising as that one to begin a post for the Marvel Movie Marathon, let me explain.

Sure, there’s the classic duality that comes with the territory of being a Super Hero: how do you balance the “you” and the “super you?” But this film gives us so much more. There are two villains, the single-minded Ivan Vanko and the slimy Justin Hammer. There are two returning friends in Pepper Potts and Colonel Rhodes, and there are two allies in Nick Fury and Black Widow. But most importantly, there are two Tonys fighting to find balance between the public’s need for a protector and the private struggle with the power that is threatening to kill him. 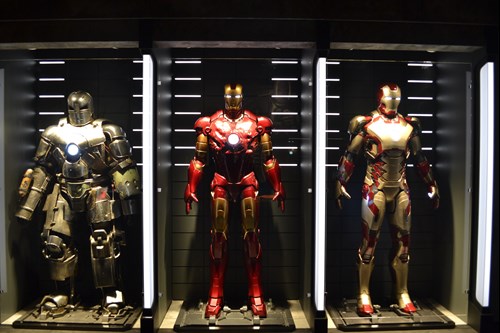 The film starts with that battle fully on display. Stark is brought before the US Senate as they attempt to pressure him into selling the Iron Man design. “I am Iron Man,” he tells them. “The suit and I are one.” And as true as that statement is, it’s also a private curse. At home, Stark checks his blood toxicity levels. The arc reactor in his chest that is keeping him alive is also killing him.

What’s a billionaire genius playboy to do?

You can guess where this is going. Instead of reaching out for support, Tony decides to keep his painful secret to himself. But fear and pain have a way of leaking out. While in Monaco for the Grand Prix, Tony makes the reckless decision to drive in the race. This decision would be dangerous enough, but then Ivan Vanko shows up on the track.

The son of a disgraced scientist, Vanko has built his own suit--complete with electrified whips--and has come to Monaco to prove that Iron Man isn’t the invincible hero he claims to be. 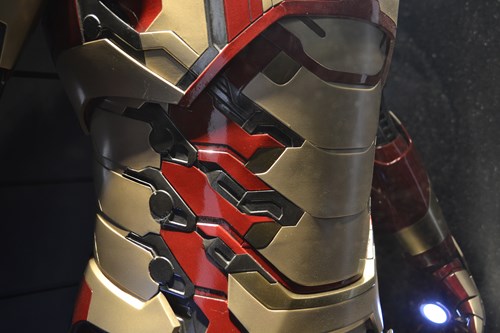 Although the fight ends in Vanko’s capture, Tony is shaken. What is he to do if he can’t protect the ones he loves?

Best not to think about it, he seems to decide. After all, his birthday is around the corner, and since it’s likely his last, why not make it a blow out?

Back home, Tony drunkenly dons the Iron Man suit during his birthday party, inciting borderline chaos. An intoxicated partier is hard enough to subdue, but what do you do when he’s in a powerful weaponized suit? Just when it looks like Tony is going to blast his house down, Colonel Rhodes dons an Iron Man suit and shuts the party down. 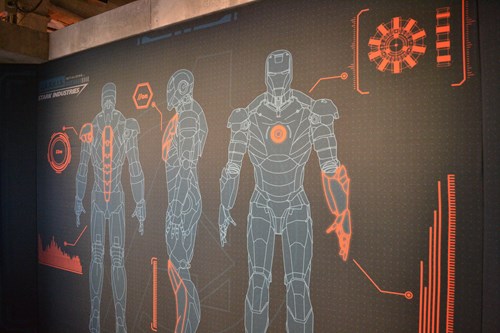 While all this is unfolding at home, Tony Stark wannabe Justin Hammer is slithering behind the scenes. His one goal is to create his own version of the Iron Man suit, and he knows just the moody Russian scientist to help him. Vanko likes the idea, but why make suits when you can make drones? OK. Good question. But a good-er question might be “who controls the drones?”

Nick Fury’s back and he still wants Iron Man to join the Avengers, but Tony’s a bit more concerned with his impending death. Which is as good a time as any for Fury to reveal that Tony’s father was a founding member of S.H.I.E L.D. way back in the day, before it was even trendy.

While looking at his father’s diorama of the ‘75 Stark Expo, Tony discovers the way to save himself: the creation of a new element. Once it’s placed in his reactor, he’s back in business, baby. And it’s just in the nick of time because Vanko is about to use Hammer’s new drones to bring America to its knees.

The final battle is a thrilling race to stop Vanko, expose Hammer, and repair his damaged friendships. Having accomplished all those goals spectacularly, Tony returns home to readjust to life after (almost) death.

S.H.I.E.L.D. is willing to give Tony some space and plan to use him as a consultant. But for now, they’re off to the New Mexico desert because something very strange is happening down there.

The beauty of Marvel comics, and by extension Iron Man 2, is that beyond telling thrilling tales of terrific adventure, there are always deeper themes at play. 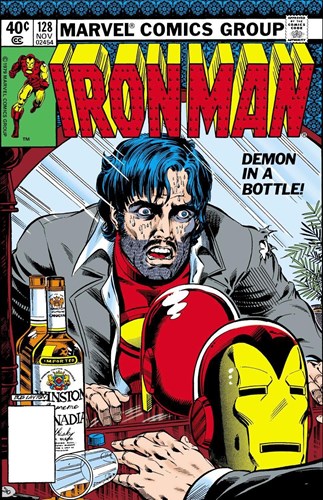 Lift off the layer of deadly drones and mysterious agencies and you find a story about the balance between trusting yourself and trusting others. This is a story about maintaining your hero status. Tony may have saved the day when the world needed Iron Man, but to continue being that hero, he must see the world around him clearly. He has to listen, and he has to be willing to change.

This is also a story about control. Themes of dependence are woven into the very fabric of the character. The best example of this can be seen in what is sometimes called the “quintessential Iron Man story,” Demon in a Bottle, from which Iron Man 2 draws much inspiration. At their heart, these stories remind us that dependences can blind you to the truth, and that we often lean into what’s most comfortable when we’re most vulnerable. Iron Man 2 reminds us that true heroes embrace their vulnerability and step courageously forward to face their villains.

Odin’s beard! Ready to get mythological? Because next time, we’re going to the fabled, magical land of New Mexico—er, I mean, Asgard! Get ready for Thor.