The Visual Art of Kurt Cobain

Kurt Cobain was a brilliant musician, but music wasn't his only artistic endeavor. He was also an amazing artist who created numerous masterpieces throughout his life, some even while he was a teenager at Weatherwax High School in Aberdeen.

Although a lot of his artwork showcased his fascination with the human anatomy, one early piece was actually his rendition of a well-known piece of classic Americana. 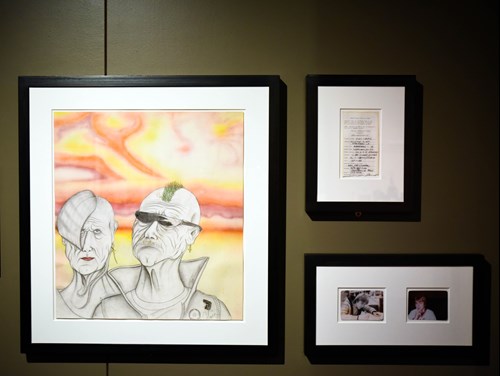 In 1930, Grant Wood painted "American Gothic," which featured a farmer and a woman standing in front of an old Gothic house in a rural Midwest setting. The piece has been widely acclaimed as one of the most familiar images in the 20th century.

Half a century later, Kurt used it as guiding inspiration for "A New American Gothic," which features an aging punk rock couple standing in the midst of an apocalyptic ending. The piece is extremely detailed, and Cobain even air brushed the background for added effect. One element to note are the reflections in the sunglasses, depicting some of the chaos unfolding. This is just one of many unique pieces that came from a creative mind. 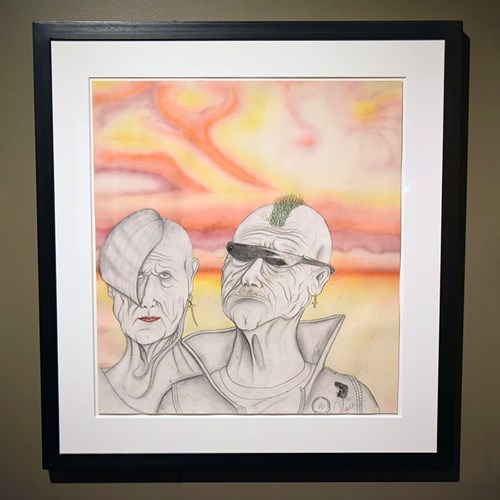 Kurt's talent warranted him a scholarship to art school, but he ultimately declined because he was more interested in pursuing music. It's interesting to think what might have happened had he chosen that route instead. Obviously, there would be no Nirvana, no "Smells Like Teen Spirit," but perhaps we'd know Kurt Cobain as a world renown artist or the next Picasso.

You can check out Kurt's visual art, as well as artifacts from the history of the band Nirvana, in Nirvana: Taking Punk to the Masses.