Whoever said, “there are no new ideas” never met Stan Lee.

From radioactive teenagers to silver humanoids from Zenn-La, Smilin’ Stan has never had a problem thinking outside the panel. Even so, just because a writer knows he’s a genius doesn’t mean his boss has been alerted to the fact.

So, you can just imagine the look on Martin Goodman’s face when Stan came to him with the idea of a hero who was also a monster. To Stan “the monster was the good guy,” but how to transform the misunderstood monster idea into a Marvel-style Super Hero? Good thing Stan’s loaded top to tail with ideas. 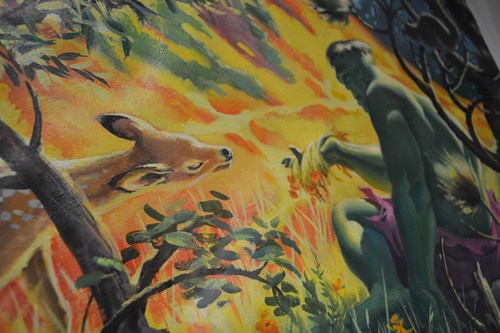 One of my all-time favorite artifacts in MARVEL: Universe of Super Heroes

First, he decided to give his hero the ability to transform back and forth from human to monster. “Why couldn’t a monster have a secret identity?” he asked himself. “Never done before, as far as I knew.”

Then he needed a good origin story. “I had already bombarded the Fantastic Four with cosmic rays,” Stan relayed in Excelsior! The Amazing Life of Stan Lee, “so I needed something new for our embryonic monster.” Back to the semi-sci-fi drawing board he went.

“I am the least scientific person you’ll ever know. So, I tried to seem scientific with our characters.” Stan said in Superheroes: A Neverending Battle on PBS. “I had the Hulk, and he was inundated by Gamma rays. That’s how he became the Hulk. Now, I wouldn’t know a Gamma Ray if I saw it. I don’t know what a Gamma ray is, but if it sounds good, I’ll use it.” 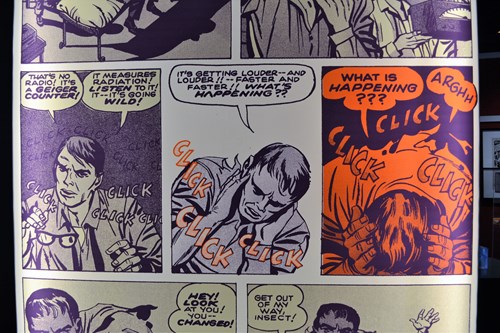 With these crucial pieces in place, all that was left was a design. Thankfully Stan had the “King,” Jack Kirby, to draw this magnificent misunderstood miscreation.

And voila, The Incredible Hulk was born.

Then, 46 years later, Hulk came to the big screen in the second installment in the Marvel Cinematic Universe.

The Incredible Hulk introduces us to scientist Bruce Banner who is hiding out in South America after having been contaminated by the aforementioned Gamma radiation. His search for a cure is interrupted when he must escape from the sudden appearance of General Thunderbolt Ross and his men, who are committed to bringing Banner back to the states. As Banner flees his pursuers, he is united with old friends and new just in time to face a new enemy—The Abomination! 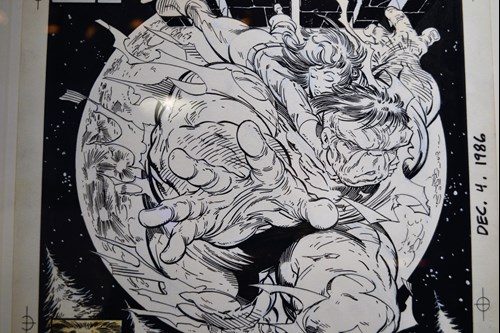 I don’t know about you, but when I think of Hulk, I think of green skin, bulging muscles, scowling eyebrows, leaping, punching, roaring, and—of course—smashing. That is to say, I think about the iconic imagery of the monstrous hero in action. This movie pays homage to its comics roots with gorgeous shots that could have been pulled right from the pages.

My favorite images worked to combine scale with emotion: a giant Hulk cradling Betty surrounded by massive flames or a simple shot of the two of them side-by-side on a rock face show the monster’s internal vulnerability. But the most effective shots of Hulk are the ones where he is obscured, left with a bit of mystery, like the shot of Hulk in a cloud of smoke, backlit by an explosion. 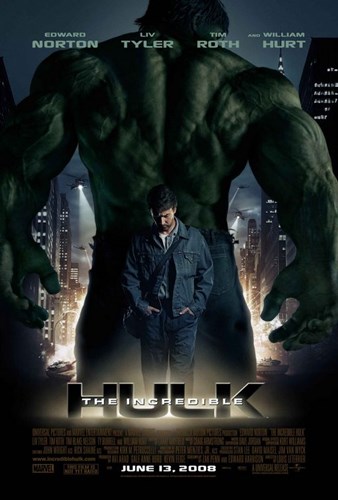 This film also contains one of my favorite Stan Lee cameos. Stan has often called himself a “frustrated actor,” and it’s nice to see him playing a small, but crucial role as the fateful drinker of contaminated soda. His reaction to the soda is lovely and I hope the performing of it un-frustrated his inner actor a little bit.

The thing that makes Hulk unique is that his story is a genre mash-up the likes of which are rarely seen. He’s a monster, but he’s also a Super Hero. He’s a good man, but there is a rage constantly threatening to burst through. The way director Louis Leterrier leaned into that mixing of genre’s and presented them on screen stood out and delighted me even more this time around. 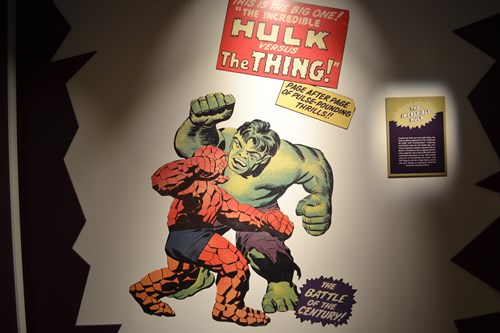 There are scenes of horror, like the first appearance of Hulk, which obscures the visuals and focuses on the sounds as he moves through a darkened building. There are scenes of action like when Banner employs parkour-style moves through the streets of Rio de Janeiro to escape Ross’s special unit. There’s even a reference to King Kong in one of my favorite sequences of the film, and is a nice nod to one of the originators of the monster movie.

Hulk is a complex character whose story is one of the richest and most human of them all. It’s a bummer that he went back into hiding for a while after this film, but don’t worry Green Goliath fans, he’ll be back in just four films.

Cue the Black Sabbath! Up next, Iron Man 2.

You can see original artwork from The Incredible Hulk comic series in MARVEL: Universe of Super Heroes at MoPOP.