A new InHuman has taken up residence in MoPOP, and he couldn’t be cuter!

Meet Lockjaw!  This cuddly family dog is ready to take all the selfies with you in preparation for the grand opening of MARVEL: Universe of Super Heroes on April 21.

Although he may seem like a spry young pup, Lockjaw debuted in Fantastic Four #45 way back in December 1965 where he was introduced as the Inhuman Crystal’s pet. 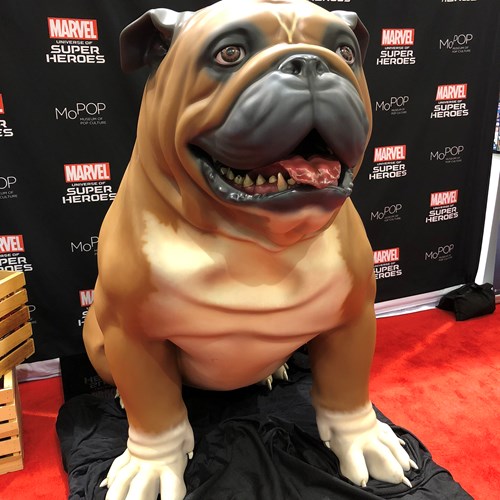 Here he is, ready to pose with all his fans at our booth at Emerald City Comic Con

Lockjaw can teleport long distances (sometimes even from planet to planet), has a keen sense of smell, and is super strong – which comes in handy when he’s called upon to carry things in his powerful jaws. 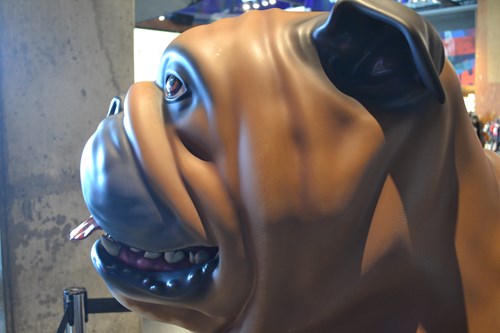 Just look at that majestic profile

Come and visit him in the museum’s West lobby and snap a picture with this photogenic pooch.