Super heroes come in all shapes and sizes, but none so unique, perhaps, as Hellboy. Created by writer and artist Mike Mignola, Hellboy is a well-meaning demon who works as paranormal and occult investigator with the Bureau for Paranormal Research and Defense along with a colorful cast of characters. 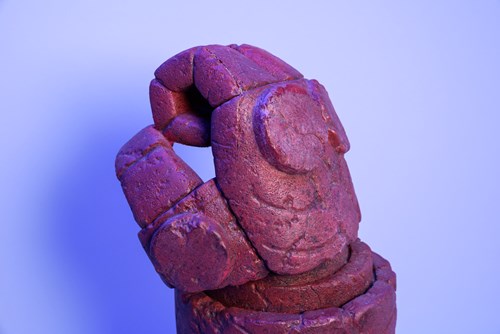 Today we’re taking a closer look at Hellboy’s large, stone right arm. The prop arm from director Guillermo del Toro’s 2004 film can be found in the Science Fiction and Fantasy Hall of Fame.

Origins: Originally owned by the great spirit Anum that watched over earth’s birth, the indestructible Right Hand of Doom was grafted onto Hellboy when he was just a child by his father Azzael.

Behind-the-Scenes: During pre-production on "Hellboy," the filmmakers toyed with placing Hellboy's "Right Hand of Doom" on his left arm so that the actor could have full use of his dominant hand. Ron Pearlman, the actor cast as Hellboy, turned out to be left-handed, so the switch never happened. 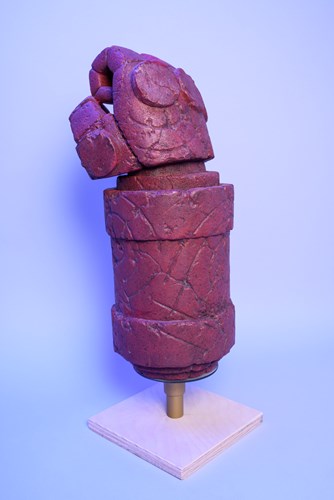