It’s always refreshing when a band like King Sheim comes along to remind you that punk not dead, it’s thriving.

This Seattle-based trio combines trebly guitars and rock drums with melodies that walk on a tightrope made out of Sour Patch Kids candies. Influenced by the 90s riot grrl scene, King Sheim weaves traditional feminine imagery with high energy instrumentals to create infinitely danceable tracks made for those in Doc Martins and lace. Celeste Felsheim’s grounded vocals are catchy and inviting with an edge like Fiona Apple run through Courtney Love’s blender.

Felsheim is a veteran of the Seattle music scene, with alumni status at Seattle’s School of Rock and the Rain City Rock Camp for Girls. Now, flanked by talented band mates, Felsheim and Co. are ready to place their booted foot to the edge of the Sound Off! stage.

You can check out King Sheim live at Sound Of! Semifinals #2 February 16.

Celeste: Oh my gosh. I’ve personally wanted to be part of Sound Off! since I was 11. I saw my first Sound Off! show in like 2010/2011, and it changed my whole view of music. I’ve always wanted to be the front person of my own band. I’ve always been in bands but never ran a band, so to speak. So, this is kind of a cliché dream come true for me. Eleven-year-old Celeste is really excited right now. 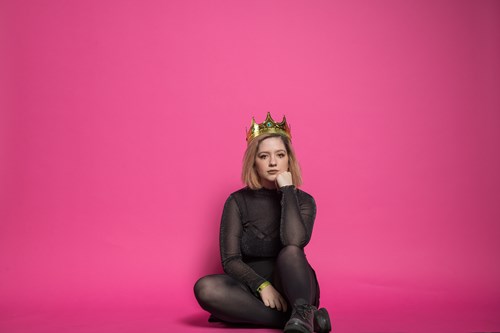 Eli: I’ve been going to Sound Off! for a while and just being raised in Seattle and knowing about it as a young musician, it’s always been kind of like a benchmark, kind of like a good place to get to, I guess. It’s lwhere a lot of people I’ve looked up to as a musician [have] gone through, and it’s kind of an honor to be part of this program.

Henry: I just moved up here from Portland, and so it’s really cool to see that there is a program going on like this that is especially geared toward youth, showcasing youth talent, and building a community, rather than just throwing everybody [in] and trying to get people signed, or something. [This] is trying to build a music community amongst young people, which is just really cool. 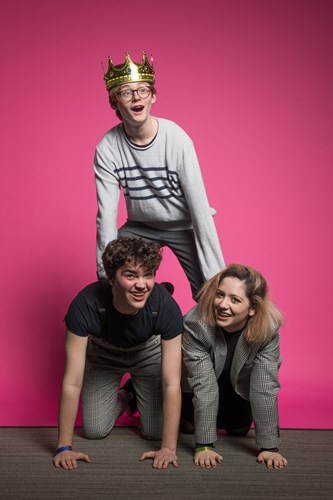 Celeste: A lot of my influences come from the punk rock scene, like the female punk rock scene from the 90s. My mom was a punk rocker in the 90s; I grew up with it; and my dad was totally into classic rock. So, it’s just what I’ve heard forever. So I kind of like — I’ve tried all sorts of music and it’s just always come back to this for me, and so it’s just a lot of riot grrl bands and modern-day female musicians are huge influences to me. 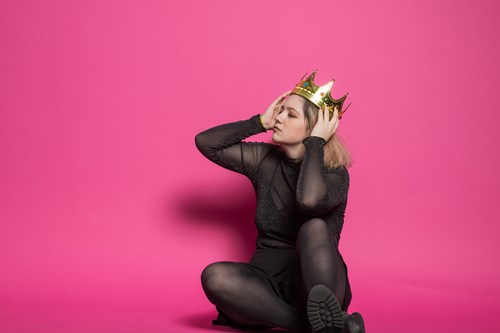 Celeste: I’ve personally never done anything besides music, it’s all I’ve ever done. It’s everything to me. It’s my language and my spirituality all in one, I would say. I could never live without it personally.

Henry: I really like playing on stage, but if I’m in my bedroom or a couple people in a living room it’s like this environment where you transcend that space into something else that’s outside of you and outside of those other people. We are all together.

Eli: I feel like music is a universal language because you don’t really have to be confined to a certain group or economic class or anything. You can just do music with anything that you have and it ties everyone together. 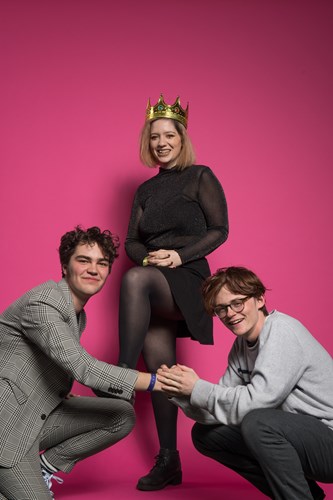 Celeste: Personally, it’s been a long road of trying to find my musical identity, and finally with King Sheim, I’m starting to do that. It’s a personal journey, becoming a front person and learning about my musical identity and using that [with] others. So, yeah, I really just want to make people happy, make people dance, you know?

Henry: I love to dance. You got to make everyone dance. 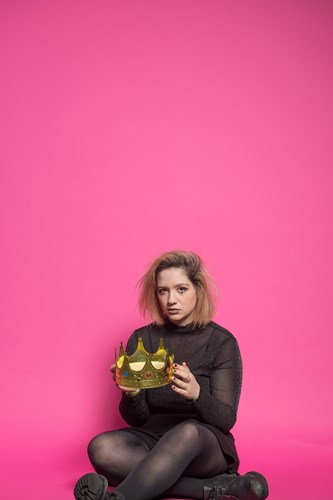 Oh, I know, a pineapple, because it’s sweet but, like, you eat a lot of it it’s pretty sour and hurts your mouth a little bit.

Get your tickets to Sound Off! Seminfinals #2 on February 16 right here.