Sound Off! returns to MoPOP February 9, and once again, we’re counting down the days until we get to see these incredible musicians on the Sky Church stage.

We took a few minutes to talk with this year’s participants, to learn more about their art, their history, and where they want to go next.

The course of Crissy P’s musical life changed forever when he was just seven years old. On that fateful day, Crissy’s uncle held a tape recorder in front of his young nephew and told him to freestyle.

Crissy admits he had no idea what he was doing at the time, but from that spark grew a talent that is undeniable. 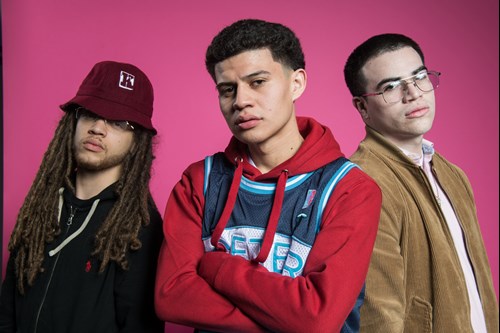 To listen to Crissy P is to ride on a flow of beats while beautiful melodies and inciteful lyrics pass by, creating an image of the world as he sees it. It’s a world painted in the universal colors of peace, love, and pain with lyrics that run the gamut from hopeful to biting (“Got so much anger inside / it’s like this unborn child that’s just waiting to die.”) For Crissy P, music works as a sort of artistic tether between his soul and the listener’s. But music isn’t the end goal, he says. In his own words, “Hopefully, through all of this we are able to see all the things we don’t know exist yet.”

You can see Crissy P and his band live at Sound Off! Semifinals #1 on Saturday, February 9 at MoPOP.

Crissy P: Personally, it’s one of the biggest, if not the biggest ways, for artists under 21 to get exposure, but, besides that, lot of times people have the tendency to think that Seattle is the only city in Washington, and personally I am from Kent, so it gives me a chance to not only play homage to the city where I’m from but as well as taking all the elements that are around us and being able to showcase that on a much bigger level. 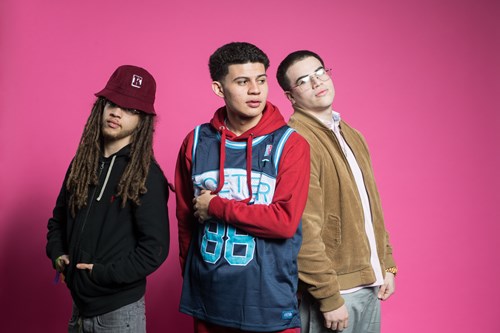 Azai: Don’t let get me started please. I be listening to like Curren$y, Dom Kennedy, Larry June. You know, some cool shit. Can I cuss? I listen to a lot of DOOM, you know what I’m saying?

Crissy P: Besides rap, some [other] influences [are] Red Hot Chili Peppers, Anthony Kiedis, [theirs is] probably the energy I try to tap into the most.

Jesus: I’m an R&B fanatic too. So, like Brent Fraiyaz, he’s new and hot, and Daniel Caesar.

Crissy P: I mean, for me, it’s the easiest way to tap into my soul and to give people that connection. It lets me thrive on a different level that I’ve never reached before. It lets me feel feelings I don’t exactly have words for, but it lets me express them in that sort of way. 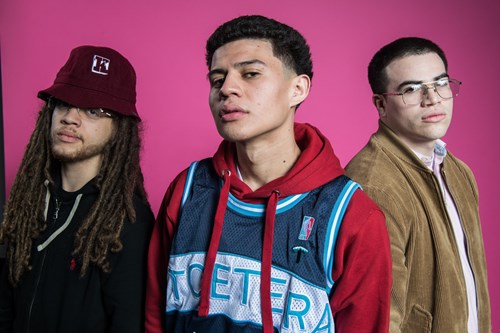 Crissy P: Peace, love, a sense of unity. Music isn’t the end goal, it’s a plateau and hopefully, through all of this we are able to achieve something — to see all the things we don’t know exist yet, if you get what I’m saying.

Azia: You know what I mean I’m that organic soursop, you feel me? It cures cancer. Straight up. You don’t even know.

Jesus: I say carrots, they help you see the world a little better.

Crissy P plays Sound Off! Semifinals #1 on February 9. Get your tickets right here.