At the beginning of Iron Man 3 Tony Stark reminds us of the age-old saying, “we create our own demons.”

He admits he doesn’t know who said it or why they said it, but for some reason the saying resonates with him. And I have to say, it resonated with me, but not necessarily for the same reason. Because when I look at Marvel Studios’ Iron Man 3, I see a film that says something quite the opposite.

You Know Who I Am

The film starts with a flashback to 1999—Tony’s heyday as a billionaire partier. This is the Tony of the past. He’s arrogant, makes fun of others, and he’s slimy with women. When scientist Aldrich Killian approaches him to talk research, Tony brushes him off and cruelly leaves him to wait on the roof.

After spending the night with scientist Maya Hansen, Tony leaves her a note titled “You Know Who I Am,” which is more than a little cocky, but we’ve already established that’s his deal. And, let’s be honest, everyone does know who he is. The distinctive facial hair doesn’t help the low profile either. 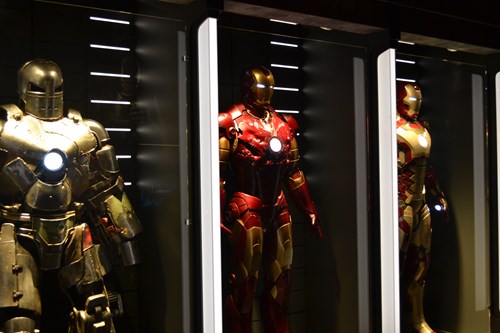 From there we cut to modern day. Tony’s still trying to process the battle in New York where the Avengers took on Loki and an army of aliens from another world. Although he tries to act like everything is fine, he hasn’t slept in three days, and the strain is starting to show.

“You experience things and then they’re over, and you still can’t explain them. Gods, aliens, other dimensions. I’m just a man in a can,” Tony tells Pepper. Who is he now that the definition of hero has changed so much? How can he possibly compete?

When Happy Hogan, Tony’s head of security, is hurt in a terrorist attack, Tony must push through his anxiety to uncover the mystery of the Mandarin. But PTSD often expresses itself in unforeseen ways. When Tony’s anger boils over, he gives the media his home address and invites the Mandarin to pay him a visit.

The problem with maniacal terrorists is they’ll usually take you up on your threats. In no time flat the Mandarin’s followers show up in helicopters and blow up Tony’s house. 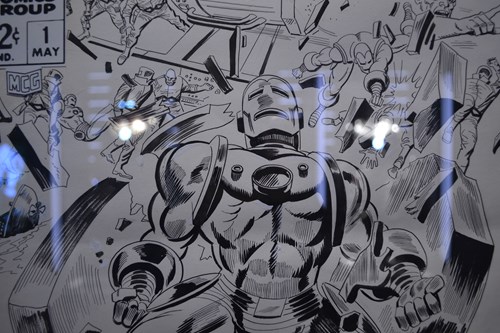 Tony wants to be the hero he’s always been. He wants to defeat the bad guys and protect the ones he loves, but his confidence has been shaken. As the walls literally fall around him, he makes sure his friends are safe and escapes.

Or, should I say JARVIS escapes him, because Tony is out cold. Good thing he’d already programmed his flight plan for Rose Hill, Tennessee, where he means to investigate a similar explosion to the one Happy was in.

An unconscious Tony wakes up in Tennessee and crashes in the woods causing JARVIS to go offline.

Tony can feel the anxiety building. Now he’s in a city he doesn’t know, without the tools he needs. Even the help of the genius ten-year-old Harley doesn’t help. He’s got to get out of here, but he must do the job he’s set out to do. 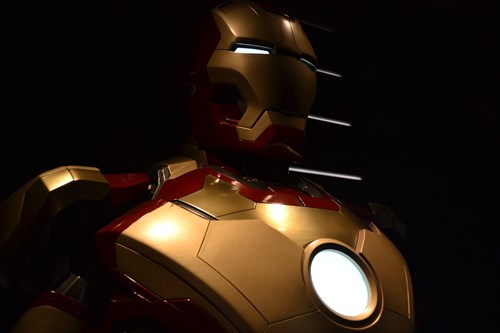 After discovering the attacks were triggered by soldiers whose bodies were rejecting the Extremis injury treatment, Tony knows he needs to get to the Mandarin’s hideout in Florida. But once again, anxiety takes over. The problem is too large, and Tony feels too small. He needs his suit and he can’t have it.

“You’re a mechanic, aren’t you?” Harley asks. “So build something.”

Taking the advice, Tony grounds himself by focusing on something he can do—building.

One Thing You Can’t Take Away

Armed with make-shift gadgets, Tony infiltrates the Mandarin’s home only to find out he’s a fake. Just an actor hired to distract from the real mastermind — Aldrich Killian.

Now it’s time for the final battle, and Tony’s no longer beholden to his creation. The suit is just an aid to Tony’s heroism. With that, he unleashes all 40 of his suits to fight the villains in an epically fun and thrilling ride. 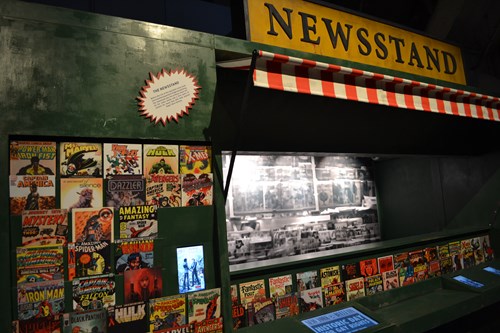 With the villains vanquished, Tony makes the decision to destroy his suits and “start with something pure.” Because after struggling with his identity as a hero, he’s made a discovery that he shares with the audience in a final voice over:

“My armor was never a distraction or a hobby, it was a cocoon, and now I'm a changed man. You can take away my house, all my tricks and toys, but one thing you can't take away—I am Iron Man.” 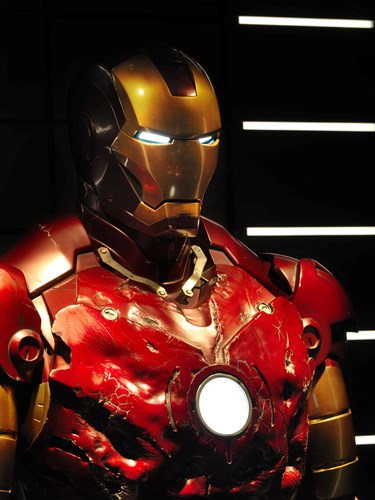 Through his journey, Tony learns that not all demons are self-made. Some demons come in the form of traumas thrust upon us. Some demons grow inside us without our permission or our help. It’s our ability to face these demons, however scary, that allows our inner hero to grow.

“We make our own demons” may be an age-old saying, but Iron Man 3 shows us there’s always room for something new.

Thor’s hammer! That was a fun ride. Next time, we’ll get mythological with Thor: The Dark World.