Sound Off! is just weeks away, and we’re spending our days getting to know the incredible artists in this year’s lineup. Today, we’d like you to meet wilsonlikethevolleyball.

The best thing about wilsonlikethevolleyball is the unexpected quality that comes with each track. Clearly not satisfied with the status quo, Wilson’s style of electronic incorporates hip-hop, prog, pop, and a certain early 2000’s earnestness that makes his work surprising and exciting.

In his bio, Wilson calls himself an inter-dimensional explorer, and I think he might be on to something. Simultaneously cheerful and dark, Wilson’s beats and beeps pulse with the energy of an alien with unlimited access to millennial MTV. But don’t be intimidated, these infinitely danceable tracks will sweep up even the least inclined to move their feet.

Check out wilsonlikethevolleyball at Sound Off! Semifinals #1 on February 9.

Being part of Sound Off! means so much to me. I lived most of my life in Spokane and . . . there was a battle of the bands that happened there, and I was applying for it when I was like 10. Then I found out about [Sound Off!], I was about 12. I ended up playing the Spokane one at that time and I was like, “I want to do the big city battle of the bands.” 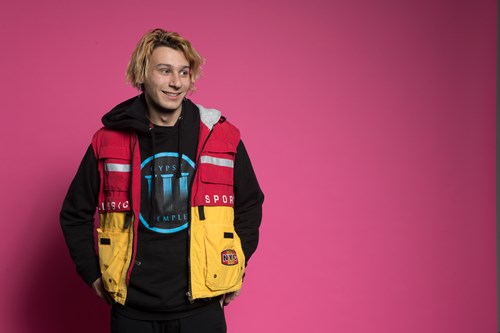 I don’t know what happened, life I guess, but I kinda realized I’m turning 21 this year, and I was like, “I have to do Sound Off! before I can’t do Sound Off!” So, it means everything to me to be able to get this opportunity. It’s kind of like saying “What’s up?” to my 12-year-old self and being like, “Yo, I did it.” 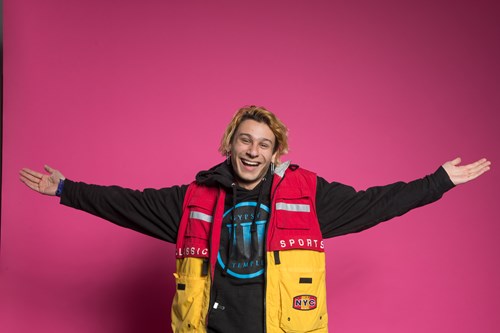 What are some of the cringy bands you listen to?

I mean like any of the pop punk stuff where it’s objectively cringy, but you just love it. I don’t know, like white people thinking they have problems. Like Blink 182, like Green Day, Sum 41, all that stuff is really great. Avril Lavigne is dope, not cringy at all. Paramore, same thing, not cringy at all. Hailey Williams for life. 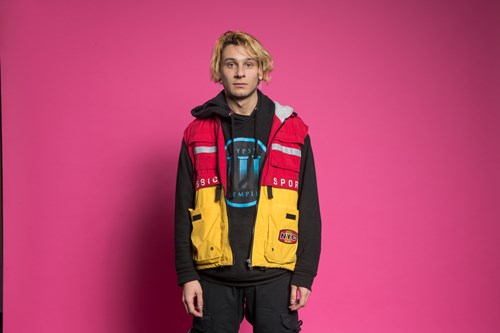 I have kind of a depressing answer that I just pull out of the back pocket. I like making music because it’s when I feel emptiest in the best possible way.

I feel like sometimes there’s this great — no great is such a boring word. There’s this quote that everyone’s heard, “This too shall pass.” Happiness is a great emotion to feel. I don’t feel it a whole lot. I’m in college, I’m 20, [I’ve] got a lot of the other side going on . . . like depression, sadness, negative emotion. I think it’s really fun to just be hyper focused and not care about anything.

Like, [to] have almost no emotion towards what you’re doing [and just] making decisions musically. Then you step back from it and you go, “Wow, I poured a lot of emotion into that.” But I think when you’re actually making it you have this kind of beautiful separation. [Music] is one of the only [places] I’ve ever experienced that in my life. Maybe skateboarding, but I get frustrated at that because I’m awful at it. 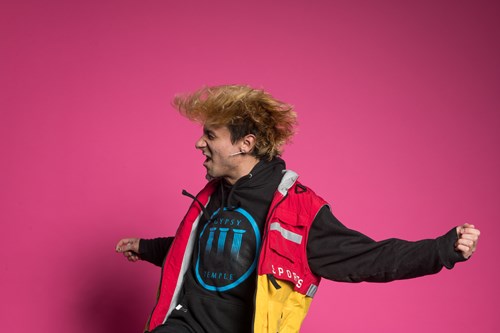 I really loved what someone said a little while ago. I think it was yesterday’s orientation, someone said that they were inspired by a bass solo to [learn to] play the bass, and they really want to inspire some other eight-year-old kid to learn how to play the bass.

We have all the tools and it’s just your creativity that unbounds you to do whatever you want with it. We have the tools; we have more tools than anyone has ever had before. Inspire the kid to go do all that. I don’t know if that was full circle or not. 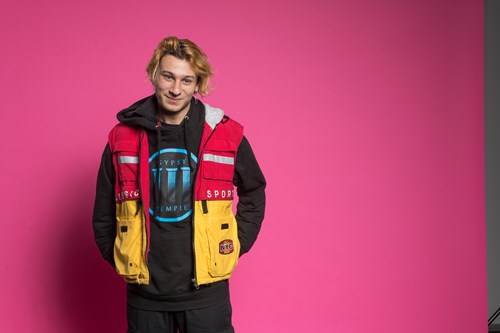 You know my initial thought was grape. I don’t know why. Probably because purple is a little dark. It’s very full. If you bite into it — it kind of bursts all over the place.

See wilsonlikethevolleyball at Sound Off! Semifinals #1 on February 9. Get your tickets right here.