The Pacific Northwest served as ground zero for the riot grrrl scene, a loose network of girls and women combining feminism, a punk-rock attitude, and fierce queer inclusivity.

riot grrrl was a zine created by Molly Neuman, drummer for Bratmobile, with contributions by her bandmates, vocalist Allison Wolfe and guitarist Erin Smith, as well as Bikini Kill’s vocalist Kathleen Hanna and drummer Tobi Vail. It was self-published and distributed in Washington, D.C. and Olympia, Wash. Zines like riot grrrl, Girl Germs (by Bratmobile’s Allison Wolfe and Molly Neuman), and Jigsaw (by Bikini Kill’s Tobi Vail) were an important way for like-minded women to get involved in underground music, network, and provide support for one another, and helped riot grrrl transform from an idea into a community. 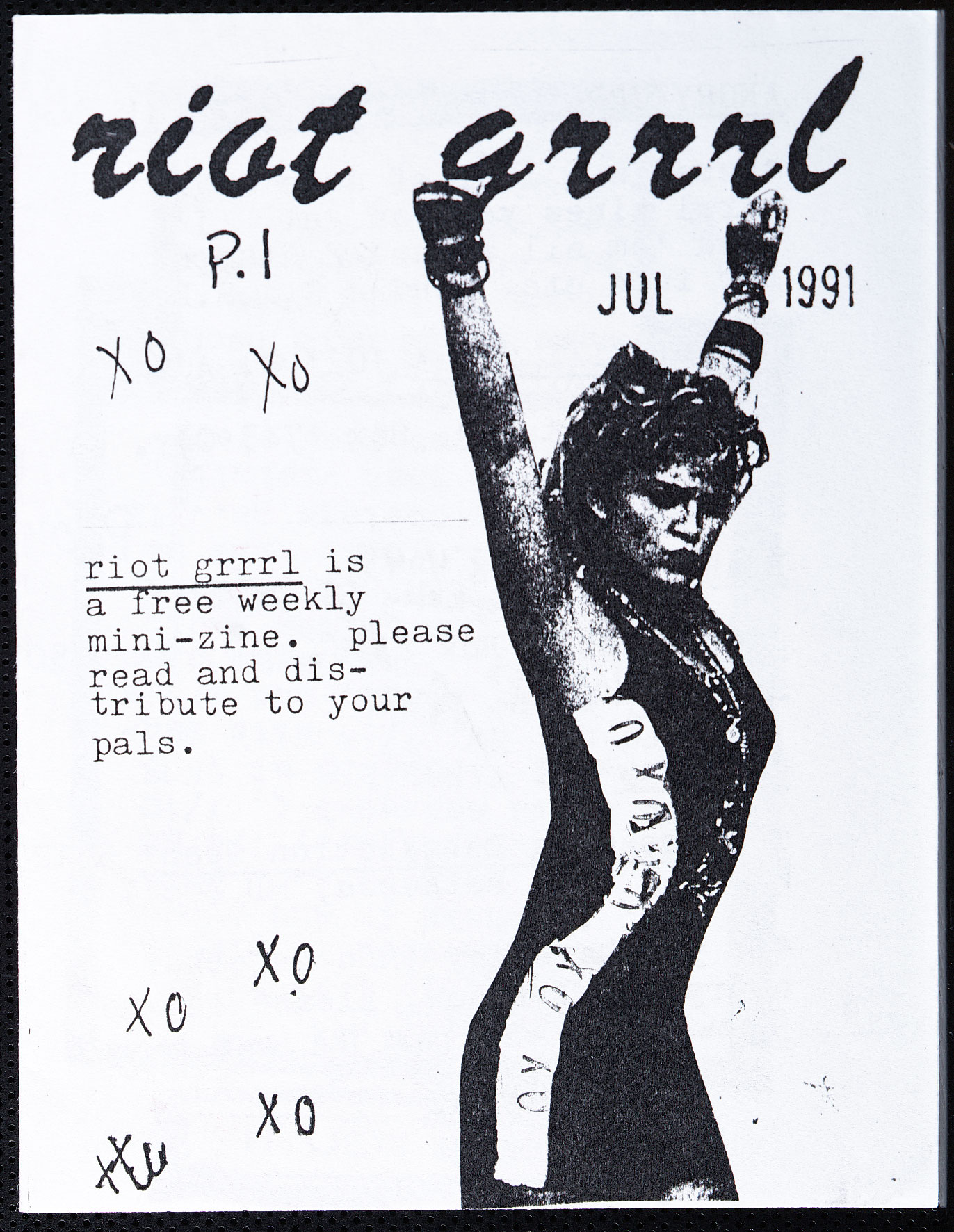 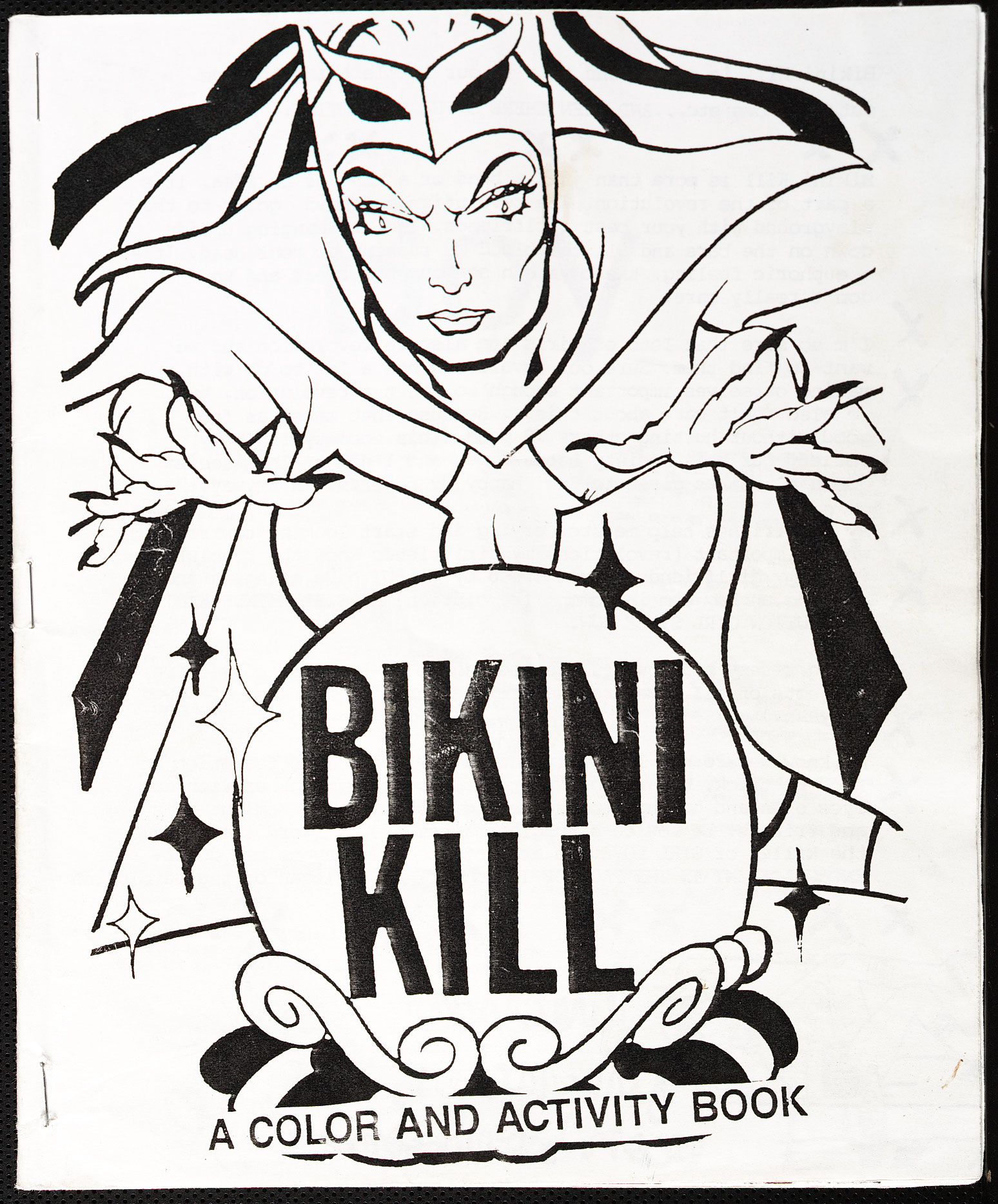 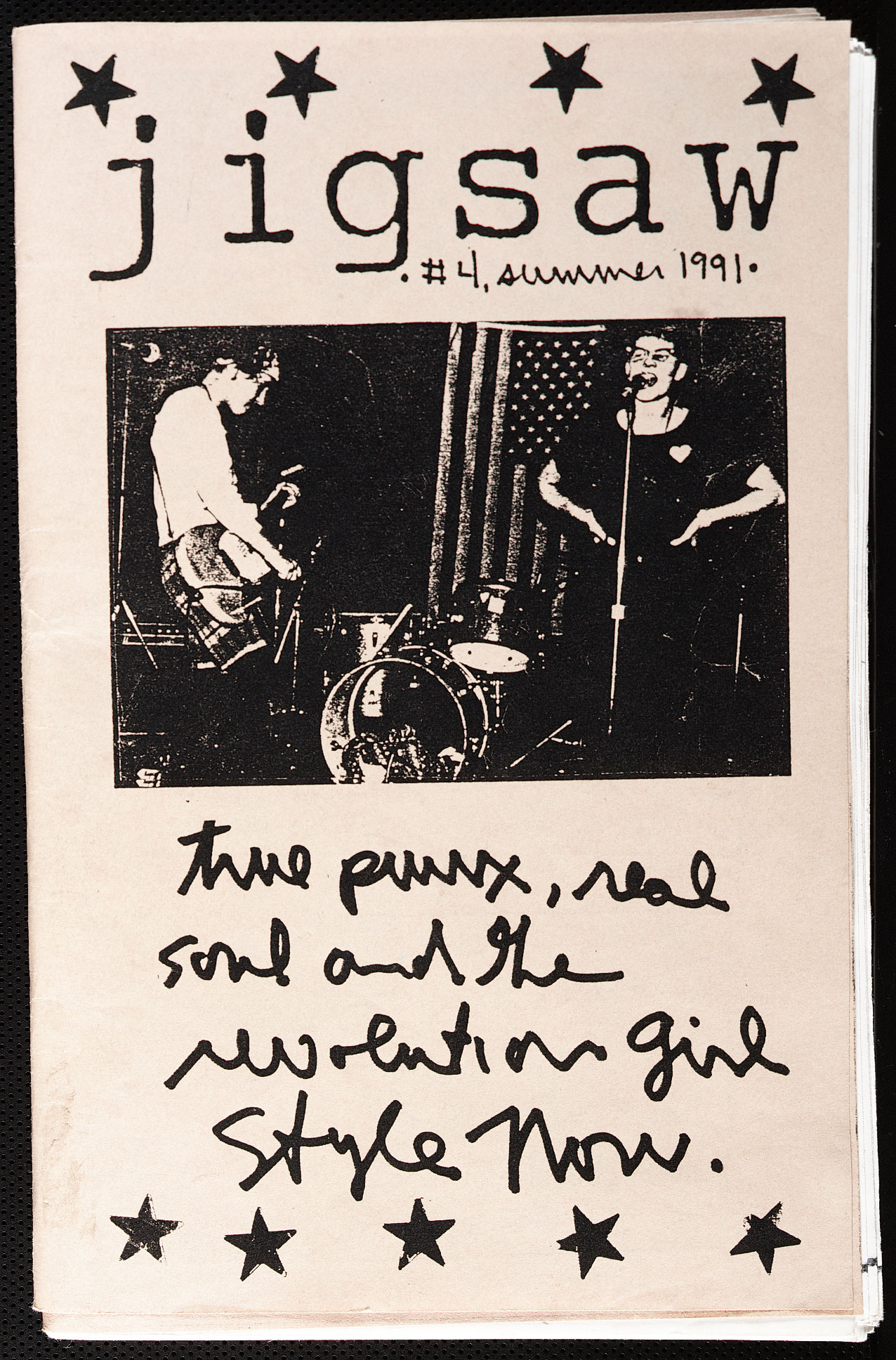 In addition to publishing a feminist zine by the same name, the band Bikini Kill combined overtly feminine outfits with aggressive onstage antics to subvert common female stereotypes. Their focus was to reclaim space in the punk scene, which has historically been dominated by men. Bikini Kill toured with Nation of Ulysses, an all-male ensemble of sharply dressed, leftist punk revolutionaries, on a West-to-East coast tour in the summer of 1991, as riot grrrl was gaining steam. Steve Gamboa played a Bradley “P” bass throughout his time with Nation of Ulysses. When Bikini Kill was in Washington, D.C. the following year, they borrowed Gamboa’s bass for their show with Fugazi and L7 at the Sanctuary Theatre on April 4, 1992. A photograph from the show taken by punk shutterbug Pat Graham, was used on Bikini Kill’s self-titled EP released later that year.

Throughout the month of August, with POP+ Punk we’re exploring and celebrating the contributions of women in all things punk: the sound, the fashion, activism, and the culture. First Tech is a proud supporting sponsor of MoPOP's POP+ programming.