POP+ Punk: Photographer Alison Braun Shares Her Experience On The Scene - "There Was No Room To Be Anything Other Than Bold"

August 2020 represents the 39th year of my photography career. I shot my first show on August 3, 1981 at the Whisky-a-go-go in Los Angeles, California. I was 15, and I had been attending shows for about a year before I got up the nerve to bring a camera. Not being a musician, I still wanted to contribute something lasting that would add to the historical record of what would prove to be an important genre: punk rock.

When I walked into the Whisky for the first time with my camera, my perspective immediately changed. I was no longer a witness, but a participant. If women are 49.5 percent of the general population, they represented about 20 percent at shows. The next thing I noticed was that there were very few women with cameras. 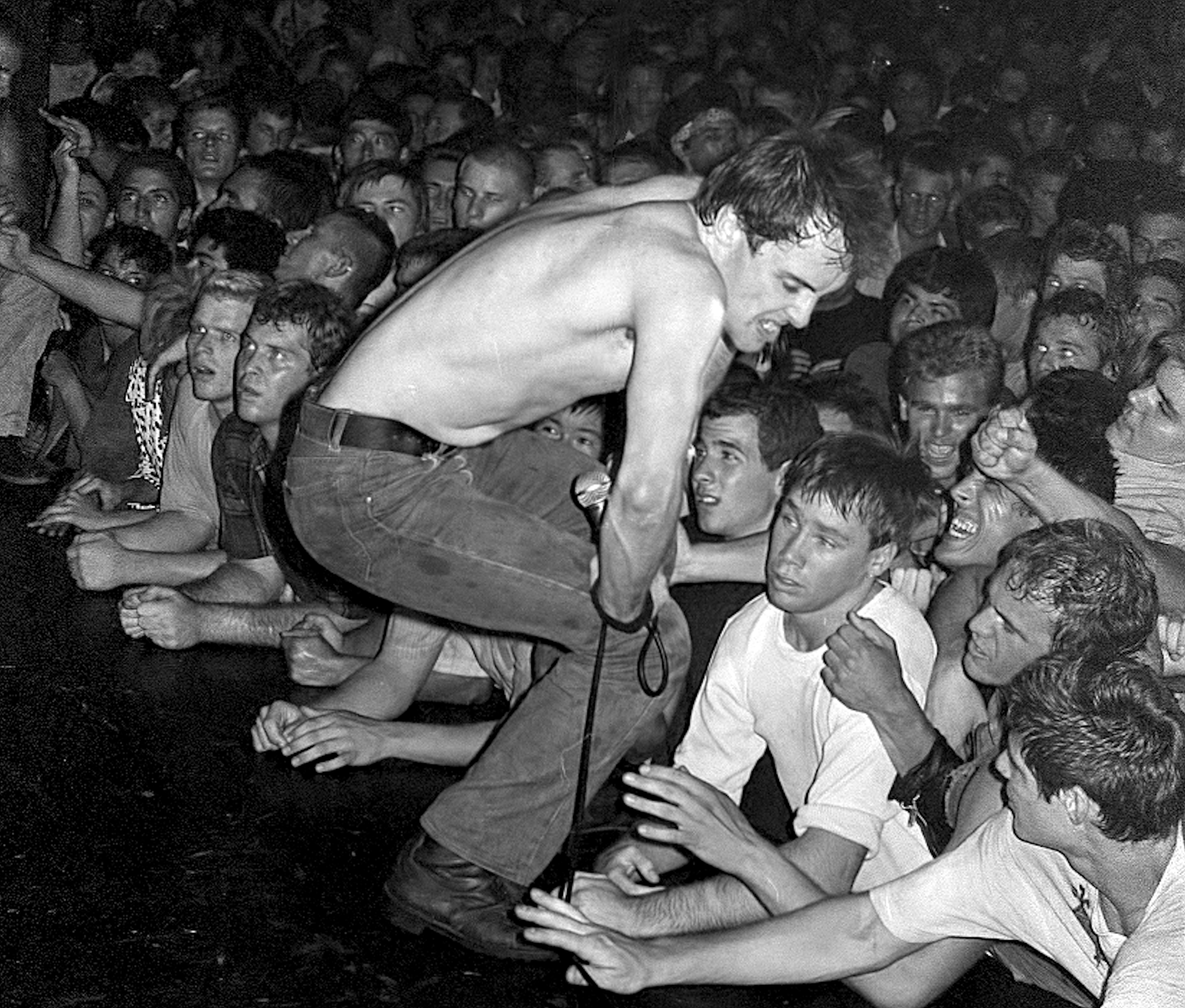 I was raised by parents who had specific ideas about gender roles in society (based on their post-Depression upbringing), but who on the other hand had a strong sense of fairness and raised me to speak up and defend myself when necessary while still managing to be “lady-like.” Punk rock completely tossed out the latter. There was no room to be anything other than bold when trying to photograph a punk show.

I kept pushing forward both physically and metaphorically until I was satisfied, until I was in the best position to pursue my art—on the stage, next to the band. 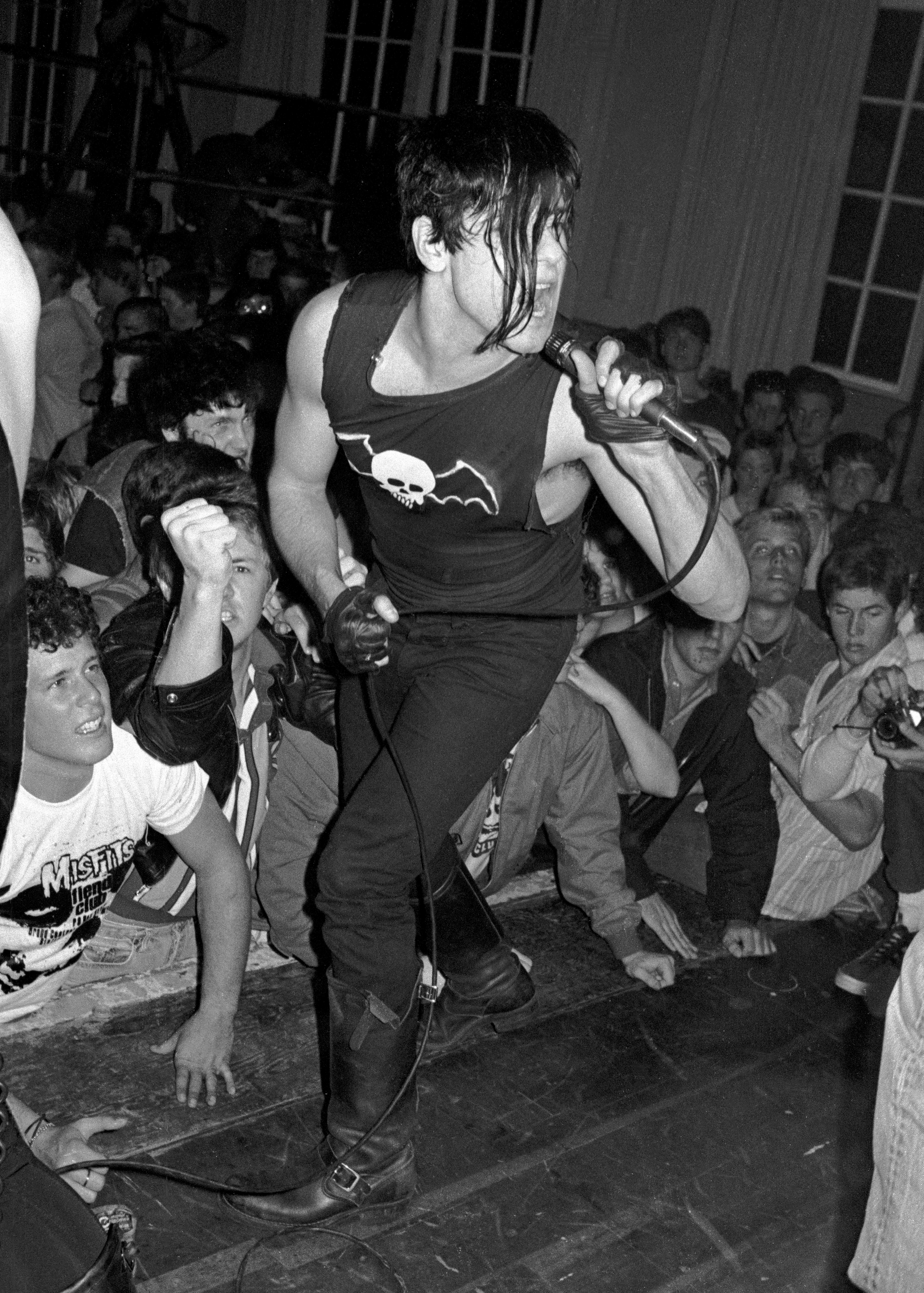 To get my photographs seen I would routinely trade images for a spot on the guest list, ensuring I could continue to build my archive. I sent an unsolicited envelope to the most popular fanzine in Los Angeles, Flipside. They published it! A single image of Wasted Youth from that first night at the Whisky launched my photographic career (that image is seen at the very top of this blog post).

As I became more aware of the business of rock and roll, I started to see flashes of the sexism that was endemic to the Hollywood rock scene. There were few women writers and artists and even fewer women in bands. I wanted to change that and the best way was to keep shooting photographs and get my work seen. 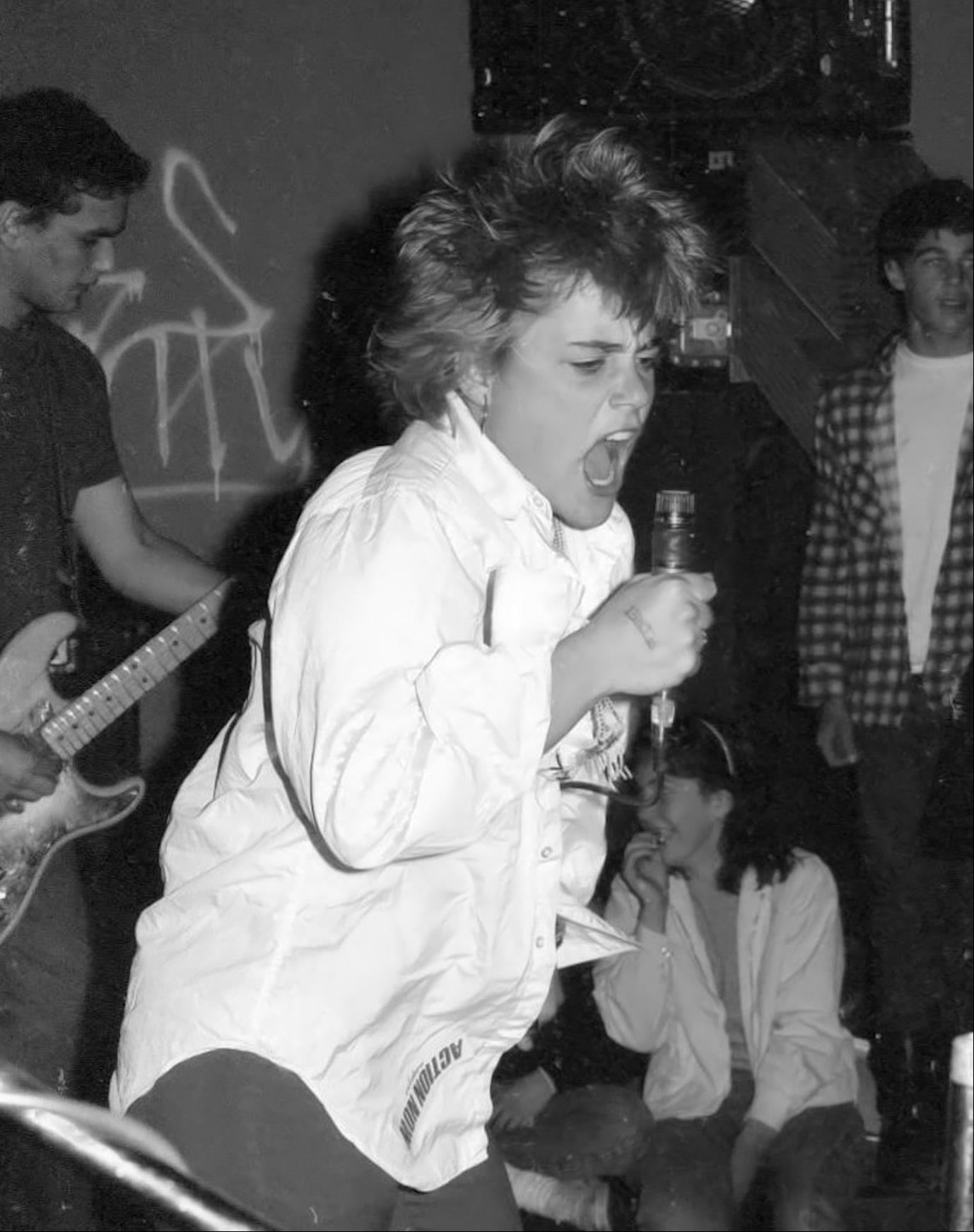 I set boundaries around myself—I was not just hanging around, I was providing a service as an artist and writer. I wanted to be taken seriously for the images I produced and my contributions to the scene. When I was backstage, I shot pictures. When I was in a studio, I shot pictures. My camera gear became a personal barrier against sexism and the threat of sexual assault. Protect the camera gear and you protect yourself. Don’t get drunk—protect the camera. Don’t take drugs—keep that camera on your shoulder. Boys? Meet my camera. Oh, and meet my father, who is standing over there at the bar.

None of this would have happened without my father. Before I learned to drive, he would drop me off at Sunset Strip in front of the clubs and dutifully pick me up. A lot of times he came in with me. He sat at the bar or a table in the back of the club. They called him Big Stan and he ingratiated himself to all the bands he met. In 1987, when Jello Biafra (Dead Kennedys) was brought up on pornography charges as part of a campaign spearheaded by Tipper Gore and the Parents Music Resource Center, my father loaned Biafra a tie for his court appearance. Biafra was not convicted. When my father died, I buried him in that tie. 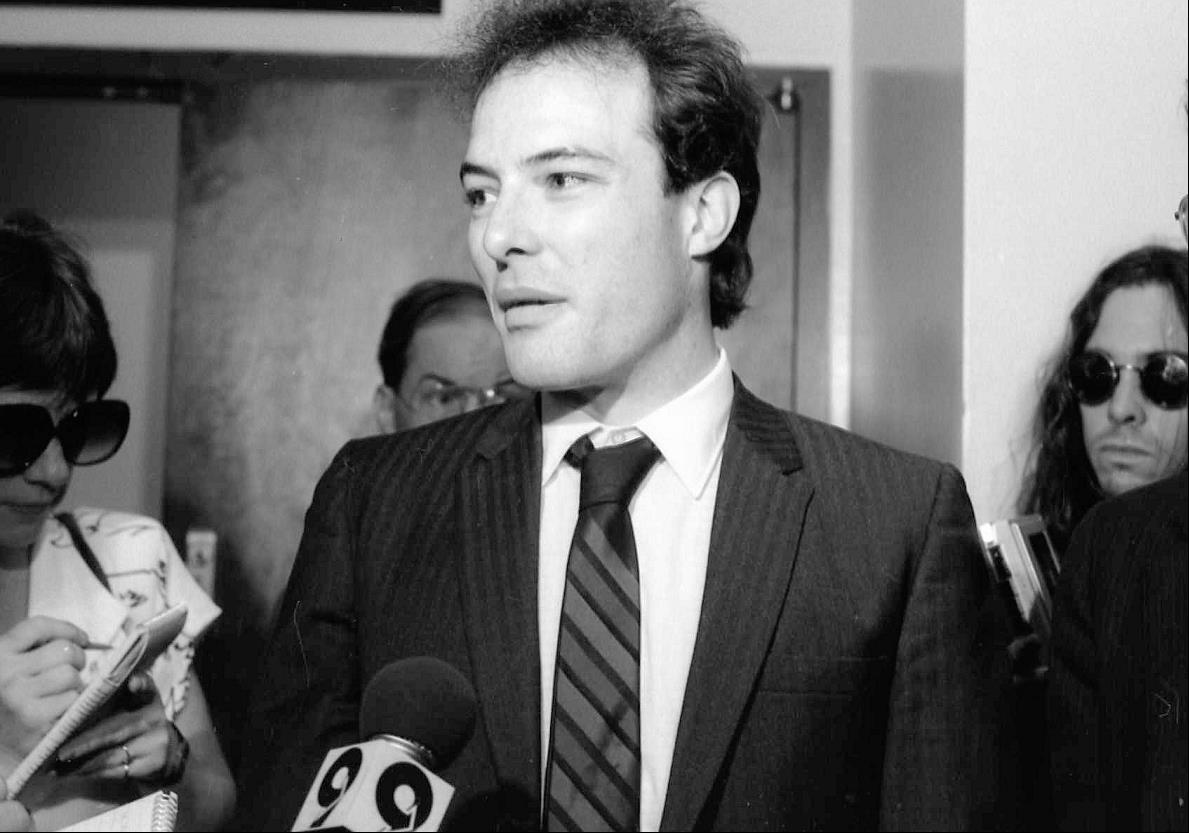 I was still in high school when I was nationally published. I have shot over 200 bands and have amassed a large collection of images. Film photography is for the most part now extinct, but I am currently scanning my archive and making it available for future fans to discover. You can find me on Instagram at @alisonbraunphoto

Throughout the month of August, with POP+ Punk we’re exploring and celebrating the contributions of women in all things punk: the sound, the fashion, activism, and the culture. First Tech is a proud supporting sponsor of MoPOP's POP+ programming.

Alison Braun is a photographer with decades of experience on the punk music scene.