As part of our celebration honoring 20 years of the Museum of Pop Culture, we'll take time each month throughout 2020 to get to know some of MoPOP's most dedicated visitors and supporters.

MoPOP members receive some pretty cool perks, but perhaps more importantly, each member's continued support of our nonprofit museum helps fund our world-class exhibitions and community programming. This month we hear from Jeff Robin, who's one of many MoPOP members backing our mission of making creative expression a life-changing force.

How long have you been a member?

Jeff: I've been a member since early 2016 when I first moved to the area. One of the first places I actually came to was MoPOP with my wife. We had a couple of days off together and played tourists.

What drew you to MoPOP?

Jeff: Nirvana: Taking Punk to the Masses brought us here originally. The Nirvana exhibit to me is still something that, if I have an hour, I would just sit down in there and listen to the Sub Pop history videos, go around and look at all the different artifacts, and kind of relearn how that music scene began and evolved from this area.

Another thing that drew me to this museum was all the different exhibits have at least one artifact or one item that reminds me of a certain point in my life. Whether it's childhood or adolescence, teenage, young adult years, everything that I see, I say, "Oh, that reminds me of the time when I was a kid." Seeing things like the Wicked Witch's hat, Terminator, Mork's outfit, or Jack's axe from The Shining, every little thing kind of speaks to you and says, "I remember where I was at the time when I first saw that."

What's been one of your most memorable experiences at MoPOP?

Jeff: One of the more recent memories that I have is coming here the night before the Pearl Jam home shows when MoPOP opened up Pearl Jam: Home and Away. My wife and I are pretty big Pearl jam fans and one of the first dates we ever went on 20 years ago was a Pearl Jam concert during the Yield tour. Then 20 years later, Pearl Jam is doing the home shows in Seattle, so we had to get tickets, we had to go to that show. When MoPOP started that Pearl Jam exhibit and opened it up the night before the home shows, it was just a fun precursor to what was going to happen that week. It was a great time. 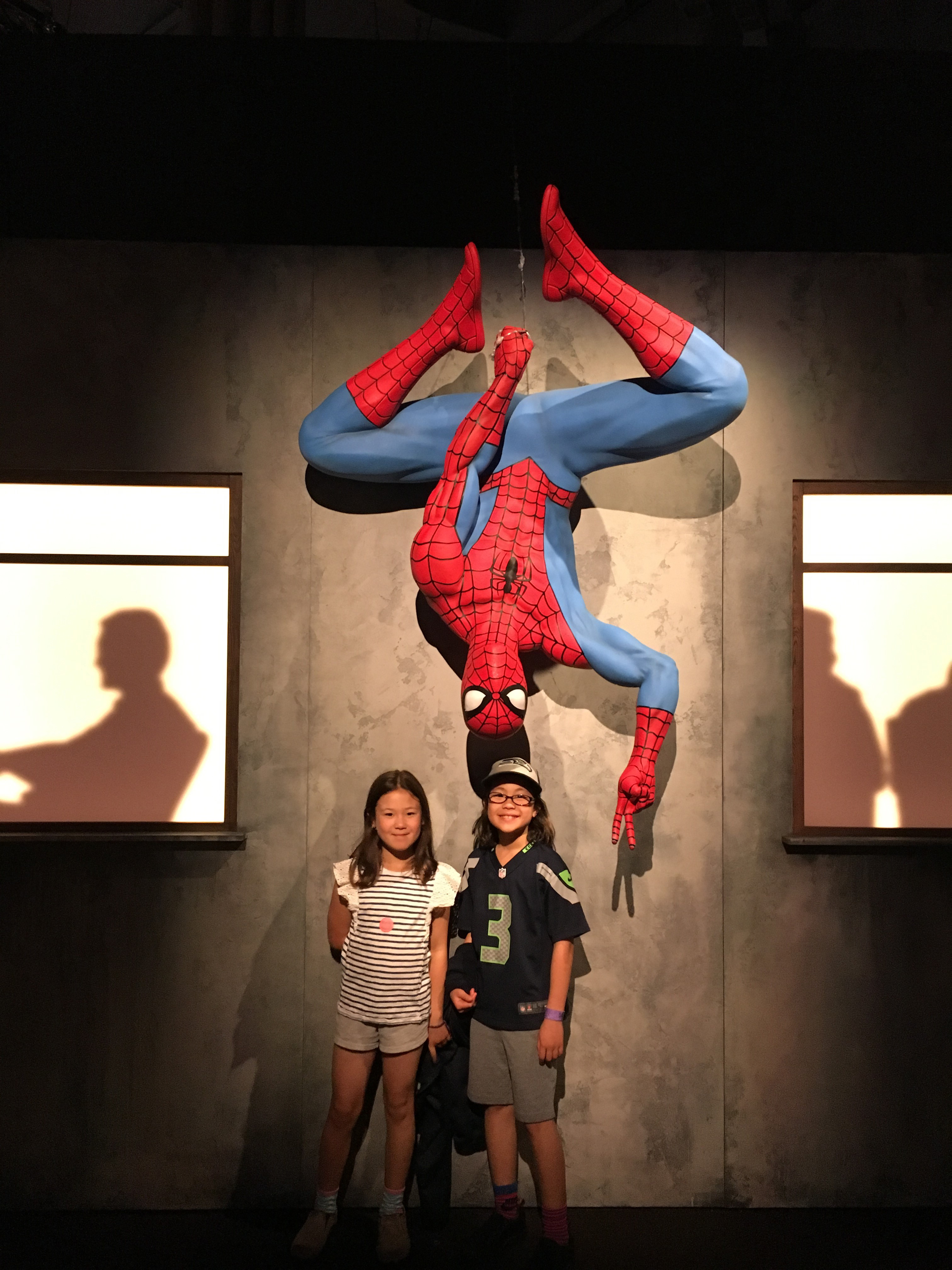 Why do you continue to support MoPOP through your membership?

Jeff: I think the nostalgia I mentioned is what attracted me initially and what brought me in, but since then my love for MoPOP has kind of evolved. Not only does the museum do a great job celebrating and recognizing artists and musicians of the past and the present, but MoPOP is also a very strong advocate for artists and musicians of the future. Supporting programs and projects like Sound Off!, The Residency, and Write Out of This World; those are the things that really have attracted me over the years to continue to support: MoPOP being a strong advocate for the art and music community in the Pacific Northwest.

Why is MoPOP's support of the art and music community important to you?

Jeff: Both of my children are involved in the arts. I have a daughter that plays piano and another one that takes ballet, and both of them are taking lessons outside of the public school system, in the private vector. I like to take them to MoPOP to show them what they can do as they continue to grow with their particular art fields, see how people do it, and hopefully give them ideas and suggestions. Teach them that it's OK to make mistakes, but as long as you continue to persevere you can pretty much do whatever you want. I think MoPOP helps provide that platform for them.

Want to learn more about joining and supporting our community? Explore the perks of MoPOP membership.