'A Nightmare on Elm Street' Script Page and Storyboard Added to 'Scared to Death: The Thrill of Horror Film' Exhibition at MoPOP

'A Nightmare on Elm Street' artifact case inside MoPOP's 'Scared to Death: The Thrill of Horror Film' exhibition

"A lot of horror villains used knives as weapons, and I didn't want to duplicate that. So, I thought, 'How about a glove with steak knives?' I gave the idea to our special-effects guy, Jim Doyle" - A Nightmare on Elm Street director Wes Craven

And that glove turned out to be just as iconic as Freddy Krueger, the demonic dream killer who wields it. The signature lethal weapon has been on display inside MoPOP's Scared to Death: The Thrill of Horror Film exhibition for some time, but this month a couple more artifacts from the blockbuster film franchise have joined its display case. 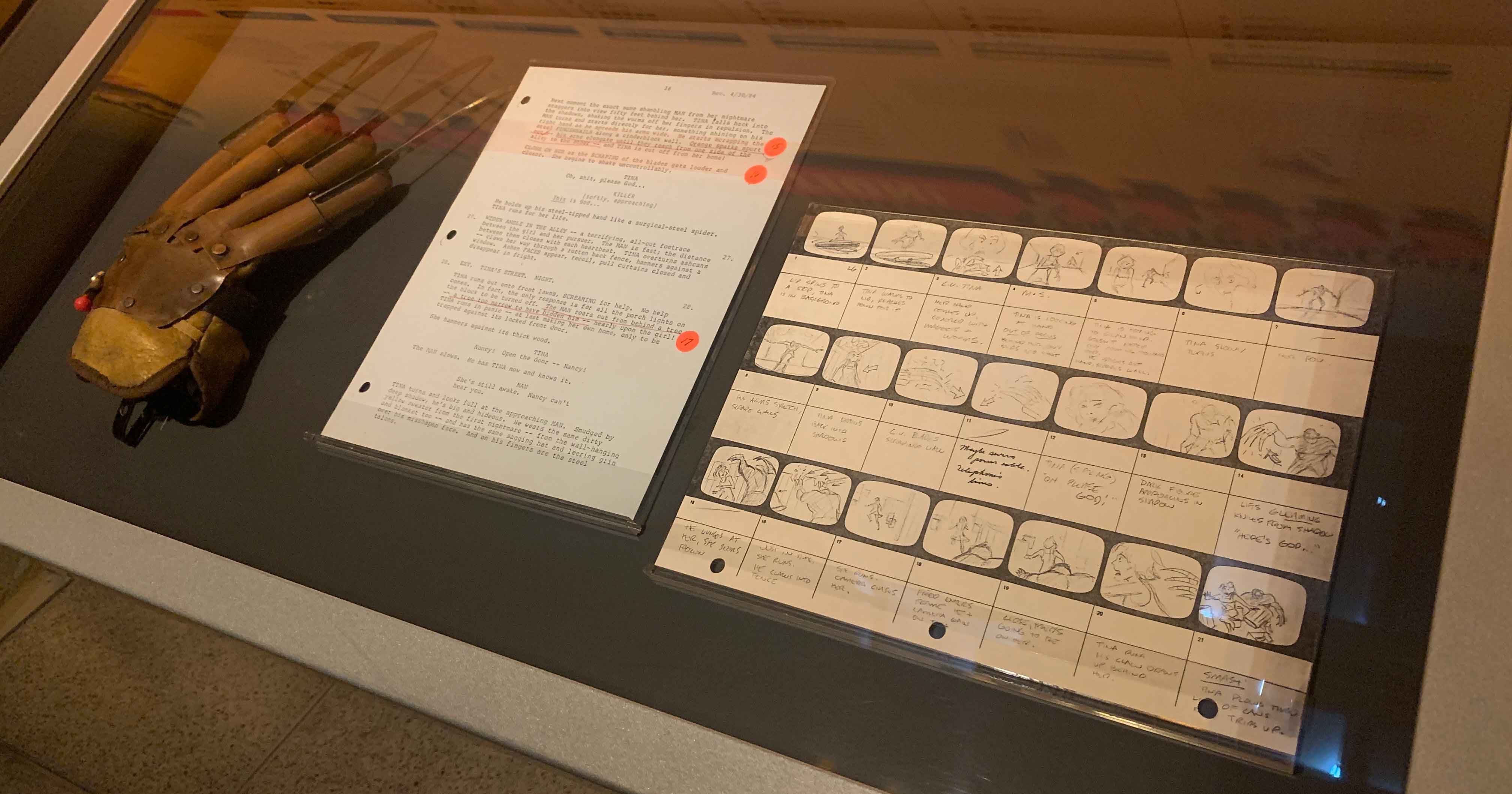 Recently added to our horror exhibition are a storyboard and script page annotated by Mechanical Special Effects Designer Jim Doyle from the original 1984 film. If you're a fan of the slasher series, or if you've finally mustered the courage to face one of your childhood fears (we know we sure had to in order to snap that pic!), plan a visit to MoPOP this Halloween season for a closer look at the chilling objects.