'Candyman: Farewell to the Flesh' (1995) Hook Worn by Tony Todd Now on Display in 'Scared to Death: The Thrill of Horror Film' Exhibition at MoPOP

'Candyman: Farewell to the Flesh' (1995) Hook Worn by Tony Todd. From the Collection of Bill Condon, Director.

Yeah, right, like we'd say that word five times in a row! Even if we're not technically in front of a mirror while reciting the deadly ritual, we're still not willing to take a chance at unleashing a vengeful spirit with a hook for a hand onto the world.

But, if you're feeling brave, head to the Museum of Pop Culture's Scared to Death: The Thrill of Horror Film exhibition now for an up-close-and-personal look at the Candyman hook worn by Tony Todd in the 1995 film Candyman: Farewell to the Flesh. The artifact comes to MoPOP this month from the collection of Bill Condon and has been installed just in time for October's spooky season. 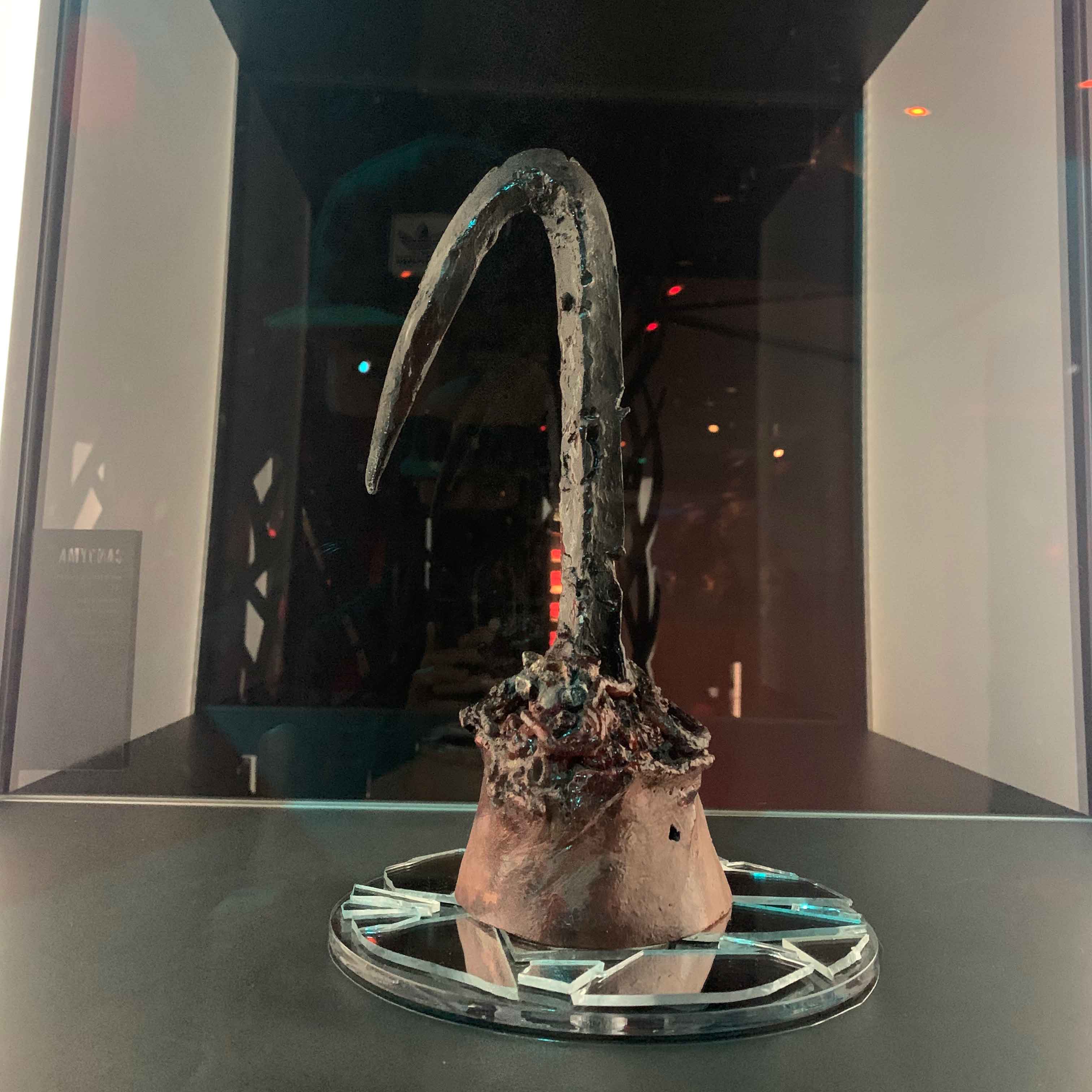 'Candyman: Farewell to the Flesh' (1995)' Hook Worn by Tony Todd. From the Collection of Bill Condon, Director.

And did you know? A sequel to the original Candyman (1992) horror film was released just last month. Written and produced by Jordan Peele, Candyman (2021) is now playing in theaters.