Every horror fan knows that in order to survive, you have to stay together.

That’s why we’re keeping horror lovers close with our monthly watchalong series, It’s Coming From Inside the House (ICFITH). ICFITH, MoPOP’s monthly horror watchalong series, is a place for the horror hounds, the horror curious, and even the horror averse to come together and talk about what scares us (even if it’s just an unsightly hairpiece from an 80s slasher flick).

The concept is simple: we invite a guest from the horror community to select a film they think deserves a spot on our list of 100+ Horror Films to See Before You Die (created for the Scared to Death exhibition). The special guest then makes a case for their film during a conversation with the program host and fans who are logged on for the watchalong. Throughout the program, we provide a space for horror fans to chat about the film and connect with the special guests and other horror lovers.

From January through October 2021, join us at 7pm PST every third Friday of the month for a fresh film. Take notes on your faves, because at the end of the series, you’ll be able to vote on two new films to be added to the list of 100+ Horror Films to See Before You Die. 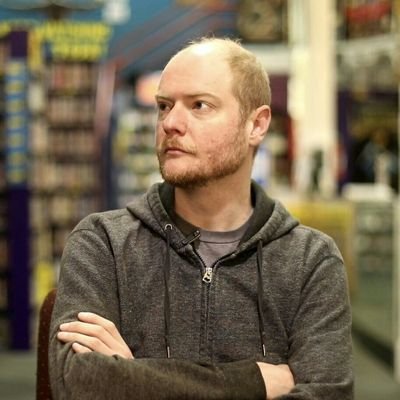 MoPOP’s monthly horror watchalong series is back in August and we are going to be celebrating some hometown heroes. Scarecrow Video is the largest independent video store in the United States and a non-profit archive. They are dedicated to celebrating film in all its forms, and are staunch supporters of film culture all over the Pacific Northwest, and is you live in Seattle or have visited their store, you know the power of wandering the aisles and diving deep into the VHS boxes and cases of actual, honest-to-goodness physical copies of your favorite genres. It’s intoxicating and humbling to be around all of those films! We asked Matt Lynch from Scarecrow Video to choose a film that they feel deserves a spot on MoPOP’s 100+ Horror Films to See Before You Die, and he selected Gore Verbinski’s 2002 remake of the Japanese horror classic, The Ring, which is set in Seattle and stands as one of the finest examples of Asian horror remakes from the 2000s.

Here’s a handful of program elements that you can expect to see:

If you happen to own a copy of the film, get it queued up at 7 p.m. PT on Friday, August 20th! We highly recommend you find a way to support an independent video store and rent or purchase a physical copy of The Ring. Otherwise, here's where you can find The Ring online:

Matt Lynch has worked at Scarecrow Video for almost 18 years and still hasn't run out of movies to watch. He's also a member of the Seattle Film Critics Society, co-host of thriller podcast The Suspense is Killing Us, a bartender, and a devoted dog dad.

PAST FILMS IN THIS SERIES