Nirvana went through several name changes before finally settling on the one that would accompany them on their journey to stardom. Some of the previous names include Bliss, Brown Towel, Ted Ed Fred, Skid Row, and Pen Cap Chew. 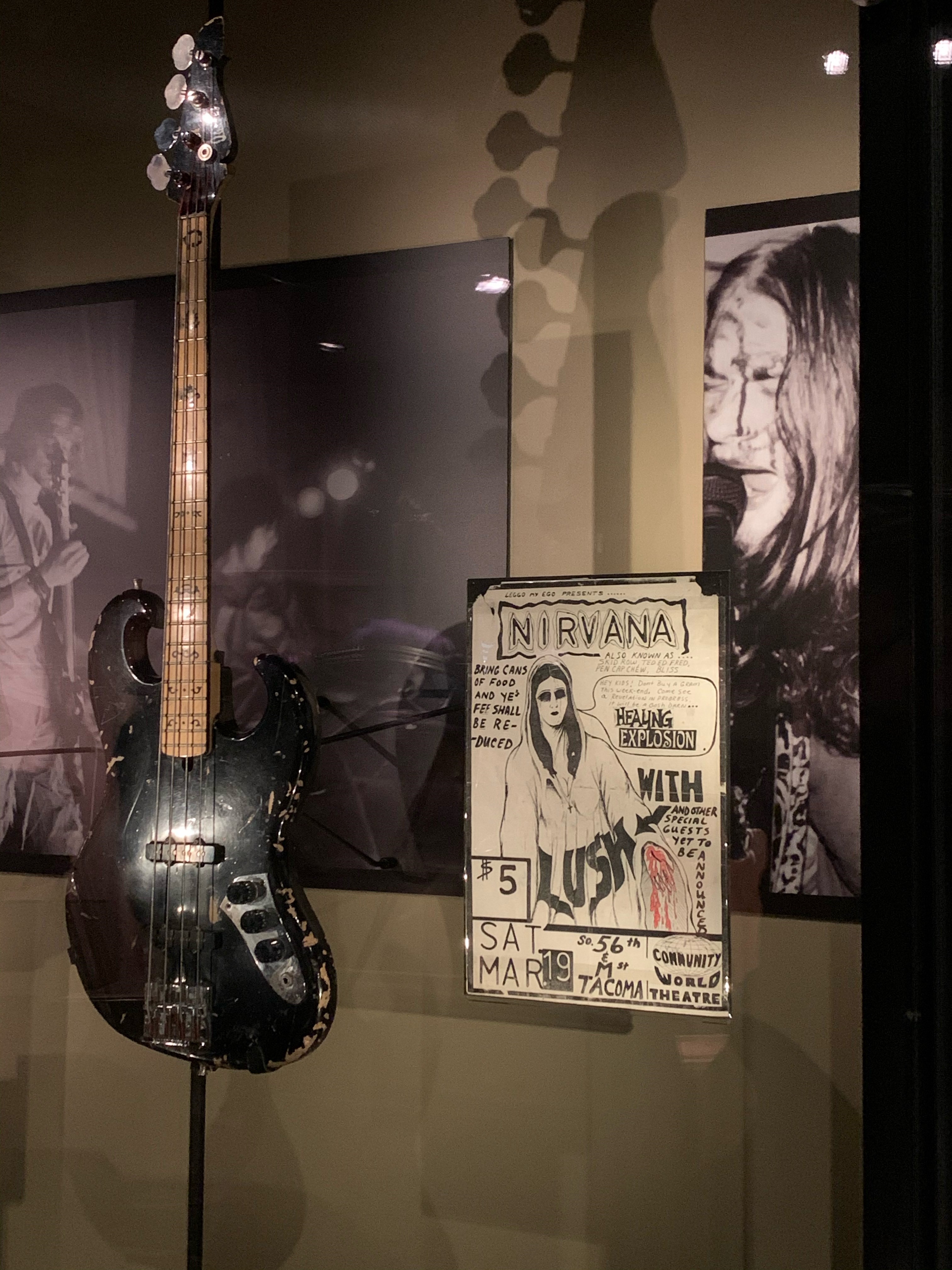 Nirvana and other bands who were trying to get noticed by record labels had to resort to word of mouth and creativity to get the word out about their music. This was known as the DIY ethic. Bands often booked their own shows directly with clubs, zines were published and distributed, and flyers to advertise shows were carefully crafted and photocopied to be plastered around town. Today, local bands still use this method, and it's not uncommon to drive through Capitol Hill and see dozens of show flyers stapled to telephone poles. It's all about word of mouth and trying to catch the eye of a potential fan. The more unique the flyer, the more likely it will be noticed. 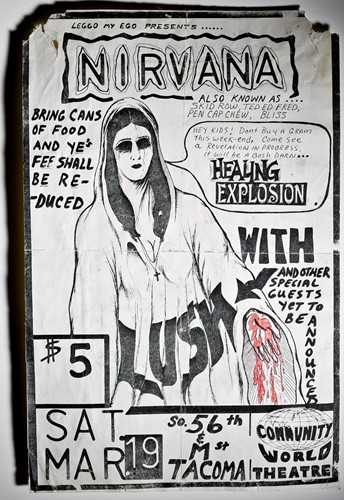 After finally settling on Nirvana, the band was all set to play their first gig on March 19, 1988, at the Community World Theater in Tacoma, WA. Kurt Cobain, who was known for his artistic endeavors, created an eerie-looking flyer to advertise the show. The image he drew resembled a virgin Mary statue. Kurt's teenage friends in Aberdeen would often go into the cemetery at night and steal the virgin Mary statues, and Kurt would paint them to look gothic and horrid. Once they had been transformed, he would place them on his front porch to deter people from coming to the house. Imagine the look on a door-to-door salesman's face as he approached Cobain's house before having second thoughts about ringing the doorbell. He probably couldn't run away fast enough. Meanwhile, a young Cobain got a laugh at the trespasser's expense!

Check out this poster up close as well as nearly 200 more Nirvana artifacts in Nirvana: Taking Punk to the Masses at MoPOP!