Based upon a classified ad that ran in the magazine, Backwoods Home, in the 1990s, Safety Not Guaranteed effortlessly rolls our ideal science fiction and romantic comedy notions into one great indie film.

The movie follows three cynical Seattle magazine employees, as they set out a multi-day trip to learn the 'truth' behind an unusual classified ad that reads: "Wanted: Somebody to go back in time with me. This is not a joke. P.O. Box 91 Ocean View, WA 99393. You'll get paid after we get back. Must bring your own weapons. Safety not guaranteed. I have only done this once before." The team heads out to Ocean View to interview the mysterious grocery clerk who placed the ad. As you can imagine, chaos, time travel, and confrontation ensue shortly there after. 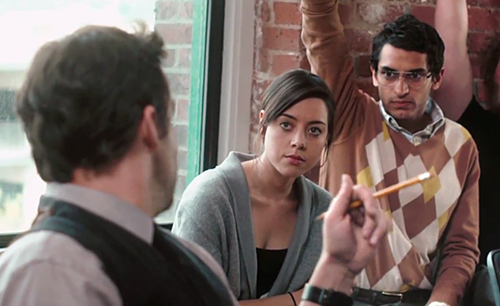 Besides being filmed in Washington and an indie film at that, here are some of our favorite fun facts:

If you haven’t seen Safety Not Guaranteed, you should. While the movie may not have done as well as expected at the box office it is a hidden gem amongst indie films with a 90% rating on Rotten Tomatoes. Not to mention it showcases the comedic and sometimes cynical acting we've come to expect from Aubrey Plaza (Parks & Rec), Jake Johnson (New Girl), Karan Soni (Deadpool), and Kristen Bell (Veronica Mars).

Check out a preview of the movie here