Greetings, fellow pop culture aficionados, and welcome to week five of our I.C.Y.M.I. (In Case You Missed It) blog series. Our museum may be temporarily closed to visitors based on guidance from public health officials trying to slow the spread of COVID-19, but we're still here to recap a handful of trending tidbits from the past week in popular culture, in case you missed them.

Last Friday, we shared some long-awaited news in the gaming world, as Final Fantasy VII Remake fans were treated to a playable demo ahead of the title's upcoming April 10 release. This week, with coronavirus top of mind we begin with some songs to wash your hands to, followed by big movie news from The Hollywood Reporter. Let's get down to it!

Songs To Wash Your Hands To

Let's state this plainly right off the bat: when it comes to proper hand-washing techniques, follow this advice from the CDC. As the site suggests, humming the "Happy Birthday" song from beginning to end twice works as a timer for how long someone should scrub their hands with soap when washing the right way. That tip is also where the internet has been having a bit of fun this past week.

If you're tired of humming along to "Happy Birthday" each time you scrub, turns out there's plenty of pop-culture alternatives available, including Lizzo's "Truth Hurts," Alanis Morissette's "Hands Clean," TLC's "No Scrubs," and more. Global music icon Gloria Gaynor even got in on the action, sharing a video of herself washing her hands to the chorus of her hit song "I Will Survive."

But the hand-washing fun doesn't end there. William Gibson, a 17-year-old high school student in Northamptonshire, UK, built washyourlyrics.com, a website dedicated to generating hand-washing infographics featuring your favorite song lyrics. Here's a few examples, with artists tied to some of our exhibits at MoPOP: 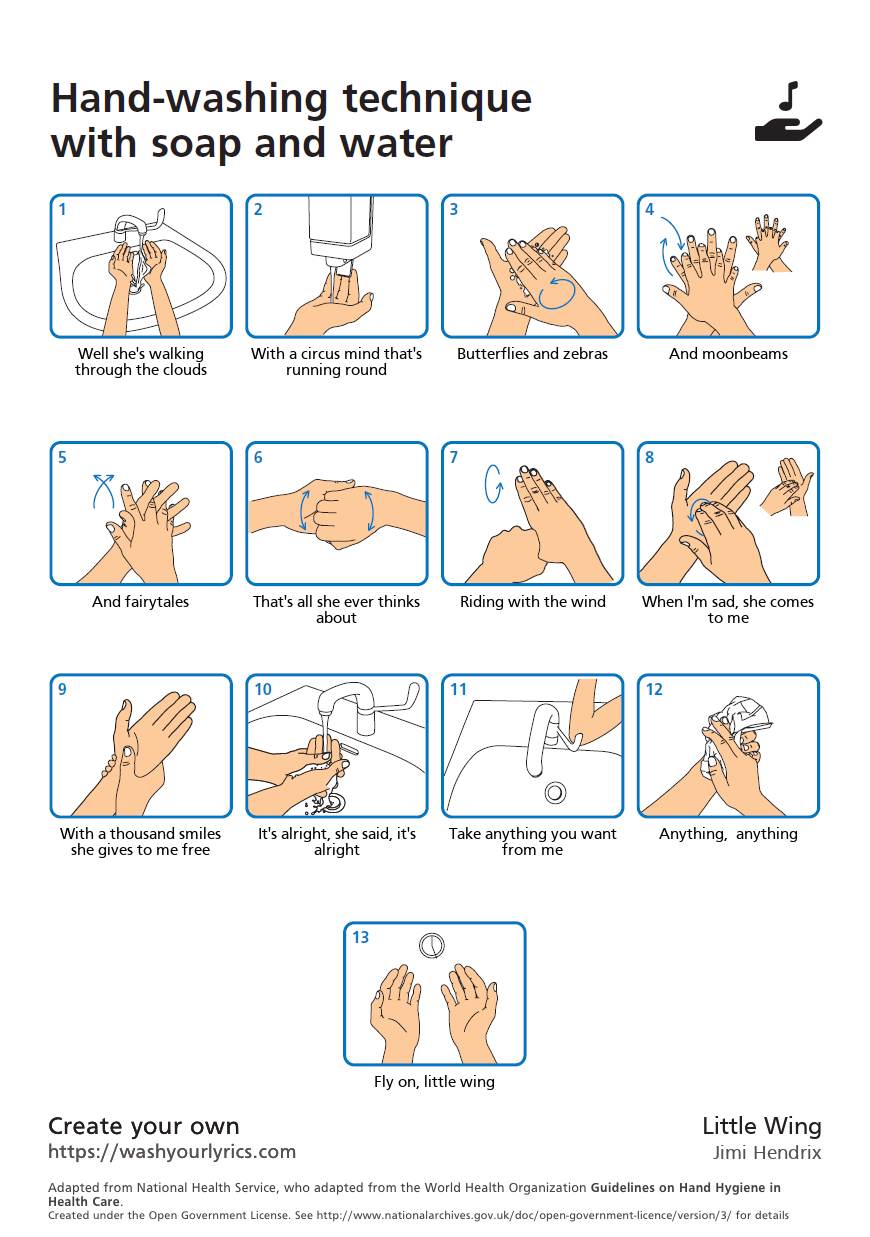 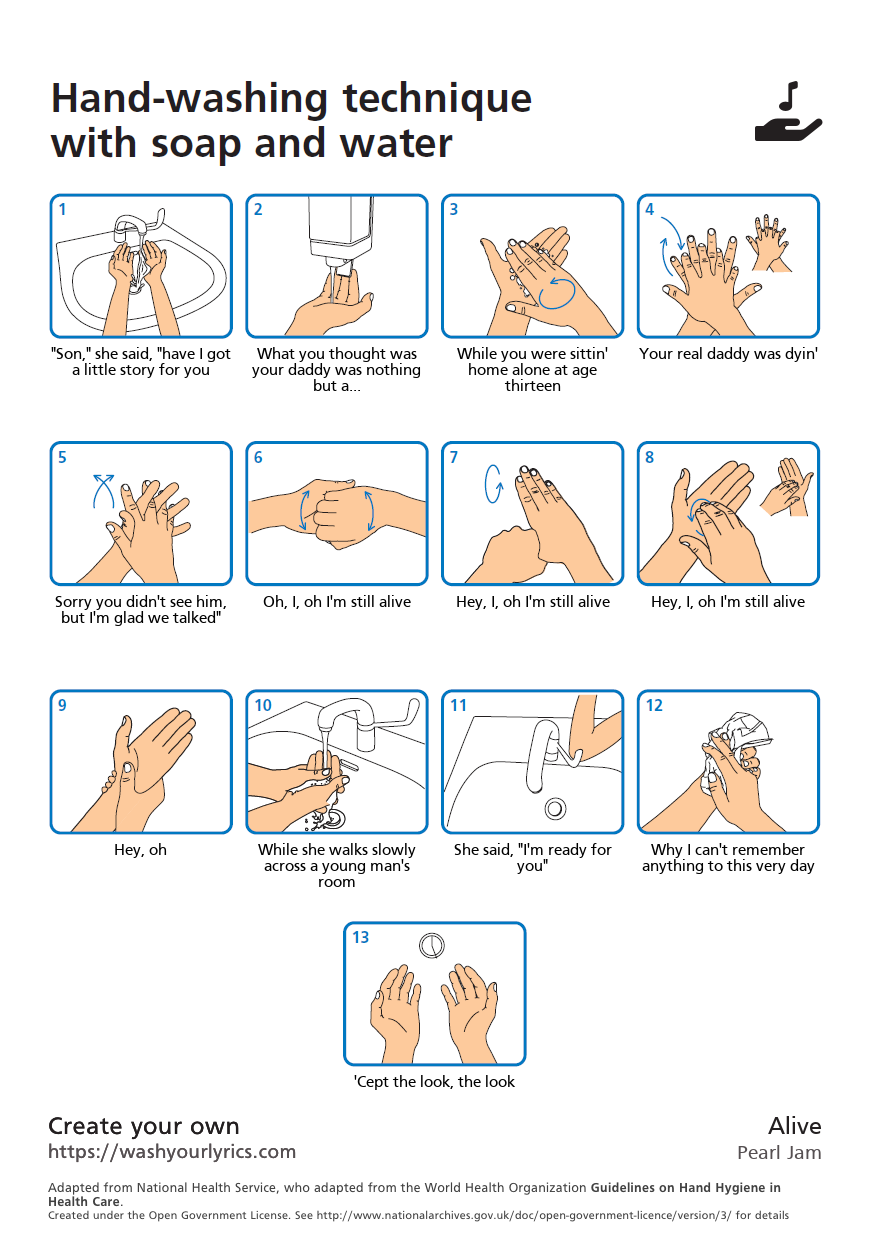 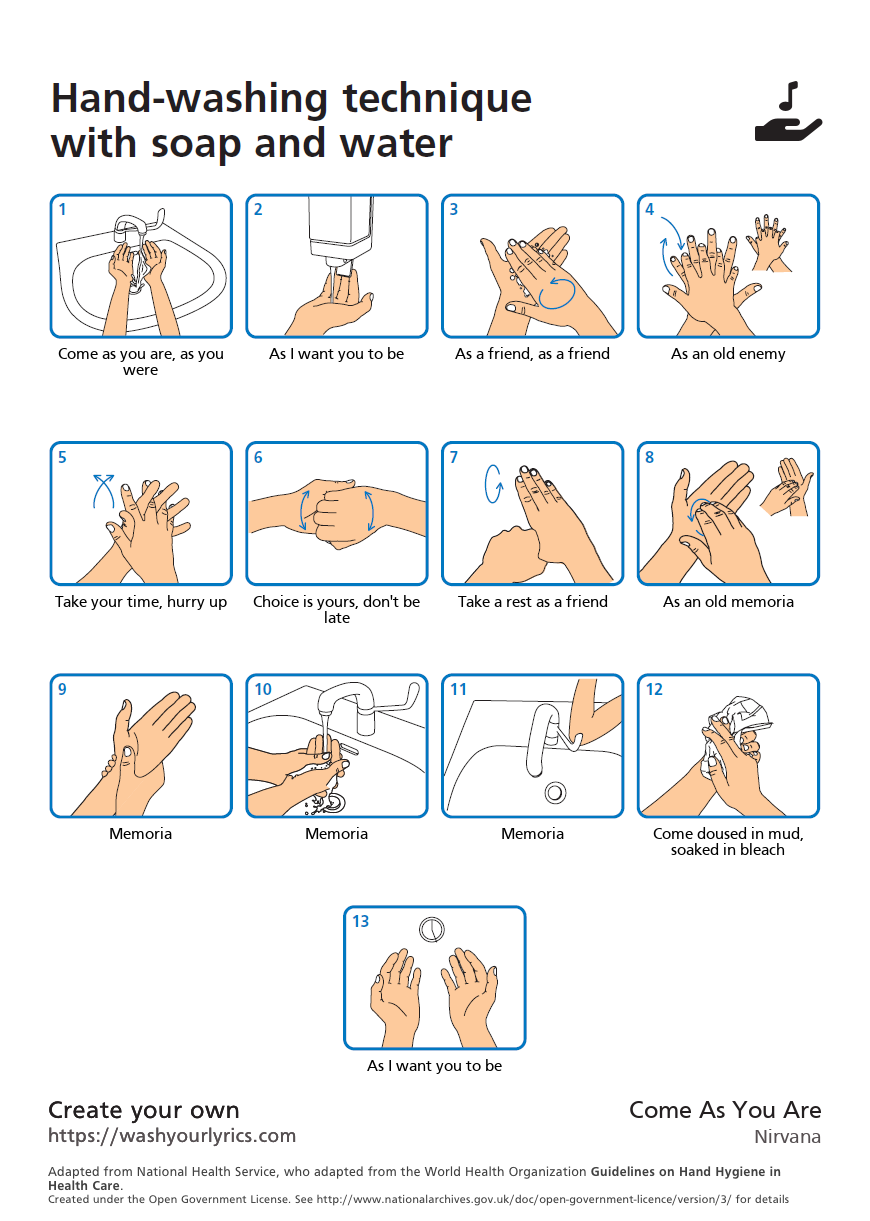 Nirvana - "Come As You Are"

New Dracula Film in the Works

Universal is reviving everyone's favorite blood-sucking count. Dracula is slated for another run on the big screen, which Karyn Kusama will direct. Kusama, who's featured in MoPOP's Scared to Death: The Thrill of Horror Film exhibit and whose work includes titles like The Invitation and Jennifer's Body, will set the project in "modern times," according to THR.

Bob Dylan is going back on tour. The 78-years-young singer-songwriter recently rolled out a list of summer concert dates, including two Washington state shows in the opening leg. He's scheduled to play June 6 at Ridgefield, Washington's Sunlight Supply Amphitheater and June 7 at Auburn, Washington's White River Amphitheatre. Tickets and tour dates are up over at BobDylan.com.

This one isn't exactly breaking news, but 343 Industries, the video game developers behind Xbox's popular Halo series, has been building up quite the collection of franchise-related memorabilia at its Redmond, Washington headquarters. PC Gamer recently got access to the Halo 'museum' and shared some pretty cool behind-the-scenes content.

The cinema world lost a legendary figure this past week. Max von Sydow, the Swedish actor whose extensive work includes roles in The Seventh Seal, The Exorcist, Star Wars: Episode VII - The Force Awakens, Game of Thrones, and much more, passed at the age of 90.

What To Watch This Weekend

Since we all might be spending a little bit more time at home these days, we're recycling this section from last week's I.C.Y.M.I. blog post. So, in case you missed last week's I.C.Y.M.I. (confused yet?), we're once again making you aware of a few handy resources from Thrillest to help keep your eyes occupied this weekend and beyond.

The entertainment news platform provides its take on the 100 best movies on Netflix right now, plus offers an always-up-to-date look at the most underrated movies of 2020 so far (you'll want to bookmark this one). And (not included in last week's I.C.Y.M.I.) the site also updates on the best anime of 2020 and - just in time for Friday the 13th - ranks the year's best horror films to date.

Now that we've filled you in on a few things, what do you feel we failed to mention? Let us know in the comments, or hit us up with a suggestion on Twitter @MoPOPSeattle. We'll look to include your ideas in our next edition of 'I.C.Y.M.I.'