Greetings, fellow pop culture aficionados, and welcome to week 35 of our I.C.Y.M.I. (In Case You Missed It) blog series, where we recap a handful of trending tidbits from the past week(s) in popular culture, in case you missed them.

Last week, we called attention to some quality #FridayFeeling material of music icon Dave Grohl's rock battle with up-and-coming young artist Nandi Bushell. This week, we begin by congratulating our friends the Seattle Storm on their recent WNBA championship. Read on!

For the fourth time in franchise history, the Seattle Storm are WNBA champions. With a 92-59 win over the Las Vegas Aces this past Tuesday, our longtime Seattle Center neighbors secured their second title in three seasons (2018, 2020), having also won in 2004 and 2010.

"This is not one person, it's not even two or three people," says veteran guard Sue Bird, who's been with the club for all four titles since entering the league with Seattle in 2002. "Our entire team, that's why we're able to succeed."

Check out the video embedded above for some green-and-yellow confetti-fueled highlights from the Storm's championship night. 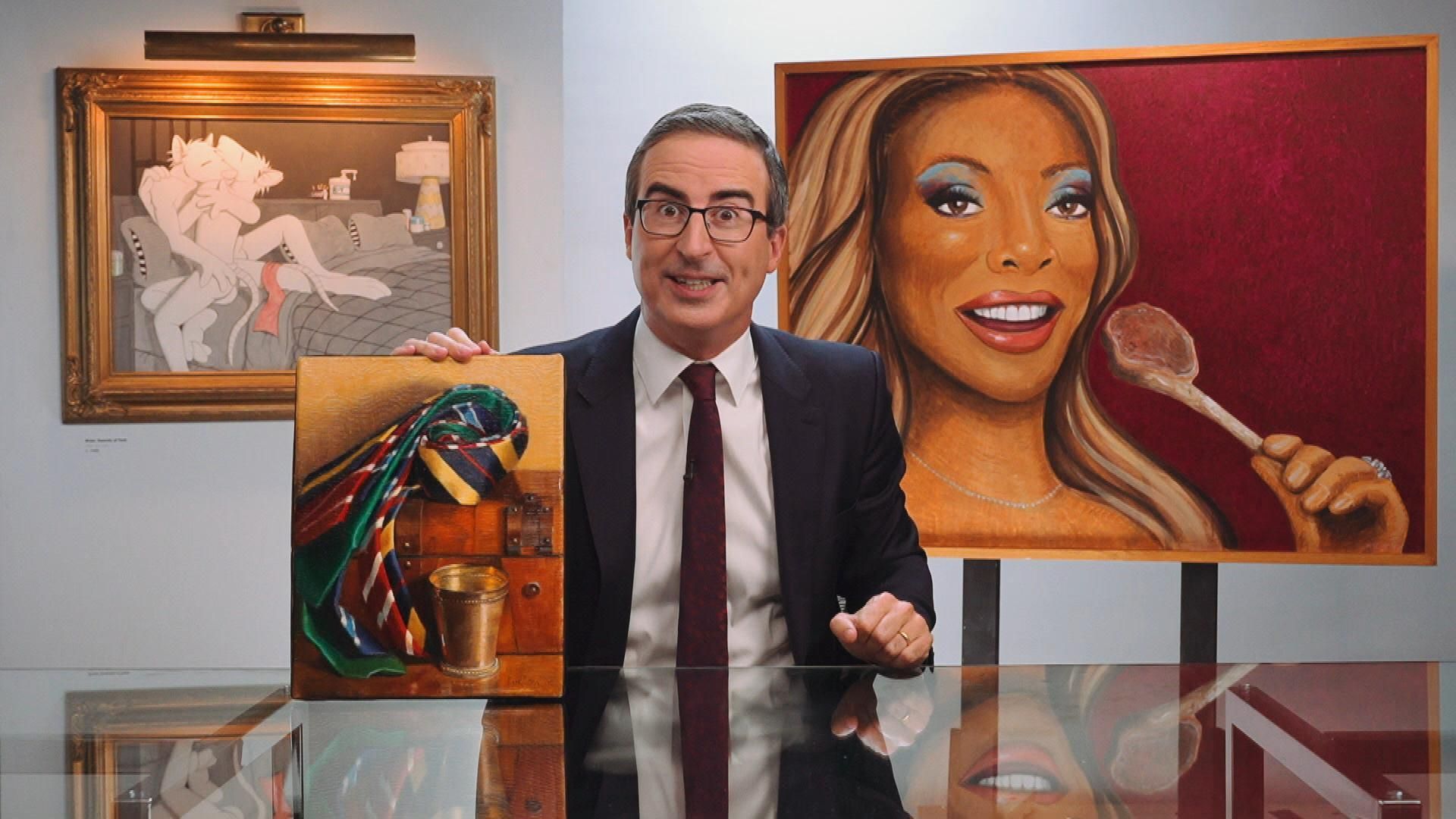 Last Week Tonight host John Oliver closed out his most recent show with a call to action to museums nationwide.

To help the museum industry combat the financial impact of COVID-19, Oliver is offering to loan fine works of art from his personal collection to five museums for two weeks at a time. Each loan comes with a $10,000 donation to the museum, plus a donation in the same amount to a food bank in each museum's local area.

“We’ve dabbled a bit in the art market this year and have acquired a small but high-quality collection of modern masterpieces,” Oliver says on his show. “Tonight, I’m proud to announce that this collection is available to go on tour. That is right, we’re inviting any U.S. museum—as long as they can safely show them—to apply to host these masterpieces.”

Of course, being the Museum of Pop Culture, we have to apply. We know Oliver's collection of rat erotica, velvet portraits, and more will fit right in at MoPOP. So, needless to say, our submission is in the works. But, we could use your help to spread the word!

Share some of our initial campaign posts on social media, or you can send a friendly e-mail to john@johnoliverhasyourraterotica.com (yes, it's a real thing!) to suggest MoPOP as a landing place for Oliver's fine art. 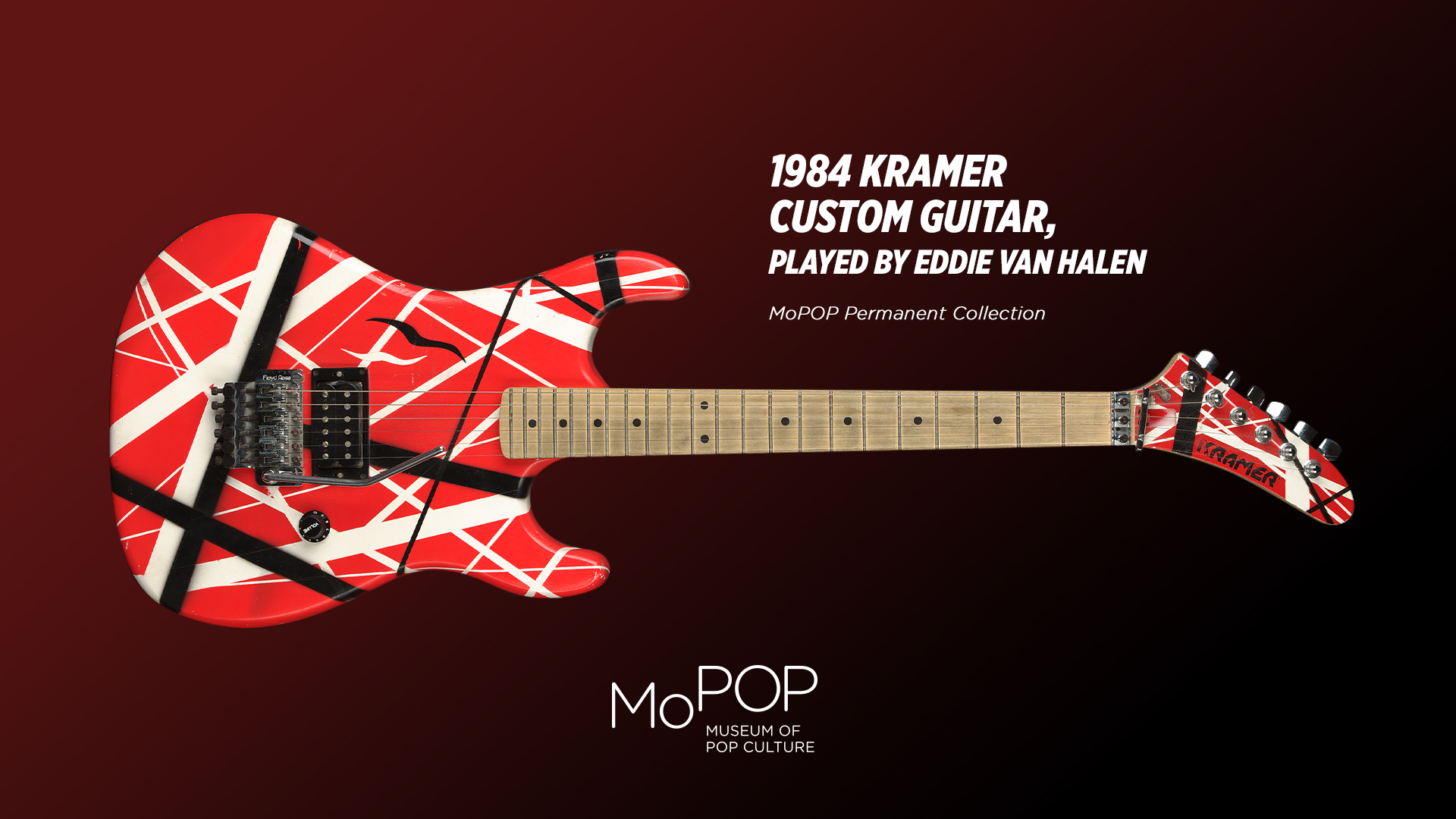 The music world is mourning the loss of Eddie Van Halen, who passed this week to cancer at age 65. Van Halen's son, Wolfgang, announced the news in a social media post.

"He was the best father I could ever ask for," Wolfgang says. "Every moment I've shared with him on and off stage was a gift."

One of rock's greatest guitarists, Eddie's innovation launched his band Van Halen into one of the genre's biggest groups. At MoPOP, a 1984 Kramer custom guitar played by Eddie (photo above) is part of the MoPOP Permanent Collection, and when it was on display in our Guitar Gallery, it was accompanied by the following description.

Eddie's brilliant playing single-handedly resurrected lead guitar at a time when disco ruled and punk devalued virtuosity. His innovations paved the way for the 1980s onslaught of hard rock and heavy metal. He became one of the most important guitarists of any era by synthesizing existing techniques into a revolutionary new sound. He didn't invent double-handed tapping, false harmonics, or extreme vibrato bar fireworks, but he elevated them miles beyond anything heard before.

What Else To Catch Up On This Weekend

Now that we've filled you in on a few things, what do you feel we failed to mention? Let us know in the comments, or hit us up with a suggestion on social media. We'll look to include your ideas in our next edition of I.C.Y.M.I.