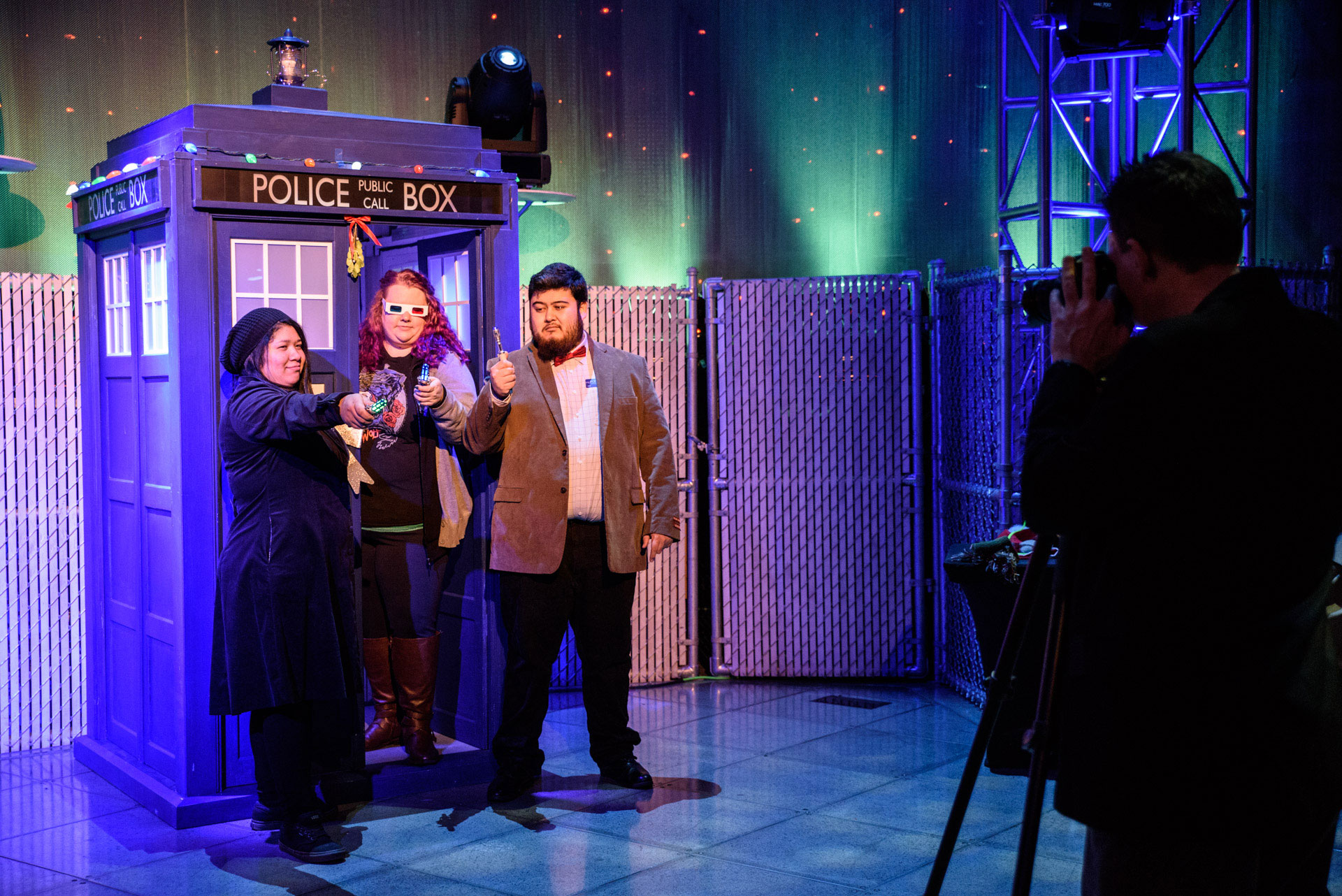 I fell in love with science-fiction as a teenager.  Star Trek was my gateway drug, and with it came a world of adventures, provocative ideas, visuals that made my brain tingle, and an understanding of who I was as a person.  I watched and read everything I could find.  Through it, I found a network of friends with whom I could identify and finally be myself.  In science-fiction, there was no shame in being both intelligent and female, athletic and quiet.  For most of my life, it was something I pursued in private, after work, my nose in a book.  Now, I have to pinch myself when I realize it’s part of my job.  I get paid to talk to people about science-fiction and to introduce students to the genre that shaped so much of my life.

Science-fiction is complicated.  It’s both based in the familiar and expanded to the limits of our imagination.  It can be terrifying in its portrait of our future, heartbreaking in its characters, and hilarious in its stories, often all at the same time.  MoPOP is excited to celebrate both #PretendToBeATimeTravelerDay, December 8, and an iconic science-fiction series with its POP+ Doctor Wholidays event, coming up on December 15. Visit our website for more information on this special holiday sci-fi program!

Doctor Who first premiered on the BBC on November 23, 1963 and has since gathered a cult following across the world.  As of January 1, 2019, the show has aired 851 installments with a new series scheduled to premiere on January 1, 2020.

The show follows the adventures of a rogue, time-traveling alien known only as the Doctor who travels through time and space in a stolen TARDIS (the iconic ship stuck in the image of a blue police box due to a faulty chameleon circuit).  The Doctor is one of the last surviving Time Lords, an alien race dedicated to protecting time across the universe.

Although Time Lords can die, they have a unique ability to regenerate into a new body before death.  Regeneration allows the memories and experiences of the Doctor to carry forward into a new body with an entirely new personality.  The Doctor has experienced hundreds of years of life and loss, companions who have come and gone, and the victories and guilts of their past actions.  Desperate to end the Time War between the Time Lords and the brutal Daleks, the Doctor destroyed their home planet of Gallifrey and, with it, the rest of the Time Lords.  With no home to return to, the Doctor travels through time and space, protecting Earth and continuing the Time Lords’ mission of preserving time itself.  Amy Pond likens the Doctor to a star whale in “The Beast Below” (series 5, episode 2): “Amazing though, don’t you think?  The Star whale.  All that pain and misery and loneliness, and it just made it kind…I’ve seen it before: very old and very kind and the very, very last.” 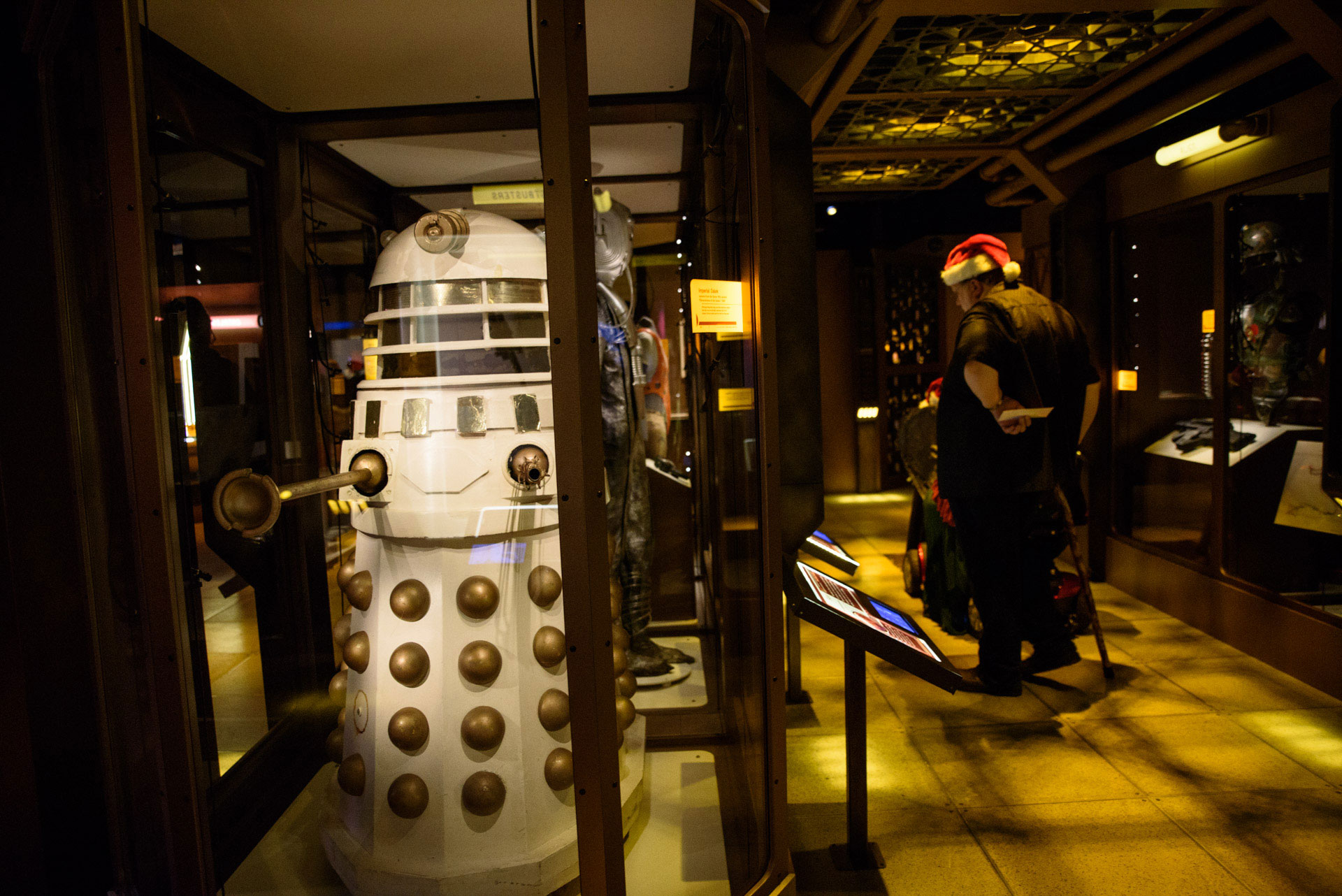 The TARDIS gives the Doctor the ability to travel to any point in time or space, but like any good science-fiction creation, time travel in the Whovian universe comes with specific rules.  How does a time traveler not destroy reality as they move through time and space?  Is it possible to travel through time, interact with points in history, and still preserve time itself?  Arguably, the Doctor and their companions change time whenever they step outside the TARDIS into a new point in history, but the Time Lords bear the knowledge of specific points in time that are so important that they must be preserved unchanged no matter the cost.  Changing them could destroy the timeline and tear the very fabric of reality apart.

These moments are known as fixed points in time, and they are perhaps the Doctor’s greatest burden—the knowledge that some moments, however tragic, must happen.  The Doctor’s mission—and their curse—is to bear the weight of knowledge.  They must watch history unfold, armed with the power to change or stop some of its greatest tragedies and yet unable to intervene.

The Doctor has identified numerous fixed points in both our own history and within the narrative of the show.  From a mammoth that fell on and killed a Cro-Magnon (e-book, Keeping up with the Joneses) to the entire works of Michelangelo, Raphael, and Caravaggio (audiobook, Fallen Angels) and from World War II (series 5, episode 3 “Victory of the Daleks” and series 6, episode 8, “Let’s Kill Hitler”) to charismatic characters (Captain Jack Harkness, episode “Utopia”), fixed points are a fascinating way to examine our own histories—both personal and worldwide.

Science-fiction creations like Doctor Who offer us a way to examine both our possible futures and our possible pasts.  Which moments of your own past are fixed?  Could you shoulder the burden of the Time Lord and watch history’s great tragedies unfold without interfering?

If you’d like to further explore Doctor Who’s fixed points, here are few episodes to get you started.

“The Fires of Pompeii”

The Tenth Doctor (David Tennant) tries to take his companion, Donna Noble (Catherine Tate) to Rome but miscalculates and lands in Pompeii on August 23, 79 AD, the day before Mount Vesuvius erupts and destroys the city.  When Donna tries to plan an evacuation, the Doctor tells her that “Pompeii is a fixed point in history.  What happens, happens.  There is no stopping it.”  Donna begs the Doctor to save someone—anyone—from the impending destruction.  The Doctor relents and uses the TARDIS to save the Caecilius family, preserving the fixed point in time and saving someone, no matter the cost.

“The Waters of Mars”

The Tenth Doctor (David Tennant) arrives on Mars in 2059 in search of a relaxing holiday but finds themselves instead at another fixed point in history: the destruction of the Bowie Base One station and the death of base commander Adelaide Brooke (Lindsay Duncan) and her entire crew.  The Doctor lingers with the crew despite knowing their inevitable fate and tries to not interfere with the course of history.  Haunted by their fated suffering, the Doctor finally breaks.  They save the crew and return Adelaide to earth, believing themselves the master of time.  Adelaide proves the Doctor wrong by immediately committing suicide and restoring both the fixed point and the integrity of the timeline.

“The Wedding of River Song”

Charles Dickens is alive and leading TV interviews about his new Christmas ghost special, pterodactyls attack unsuspecting London picnickers, and Winston Churchill is now the Holy Roman Emperor.  Time itself is frozen—it is always 5:02 PM on April 22, 2011, and only the Eleventh Doctor (Matt Smith) knows why.  River Song (Alex Kingston) is destined to kill the Doctor at Lake Silencio, and her refusal changes a fixed point in time and begins to unravel time itself.  The Doctor must restore the timeline and convince River that she cannot change his fate.

Learning too many details of your own future freezes a possibility into a certainty and creates a new fixed point.  In 1938 Manhattan, the Eleventh Doctor and companions Amy (Karen Gillan) and Rory (Arthur Darvill) run from the Weeping Angels and stumble into a hotel room where they find a dying man: Rory’s future self.  Amy and Rory attempt to change the future by jumping off the roof and committing suicide, creating a paradox because Rory cannot die at two different points in history.  They wake up safe in a cemetery in 2012, but Rory is sent back in time by a surviving Angel.  The Doctor cannot go back in time to bring Rory back because the timeline is too unstable from the paradox.  Unable to face a future without him, Amy allows the Angel to send her back in time, creating a new fixed point in time.

Jessica Lane is the Director of Education and Public Programs at MoPOP.